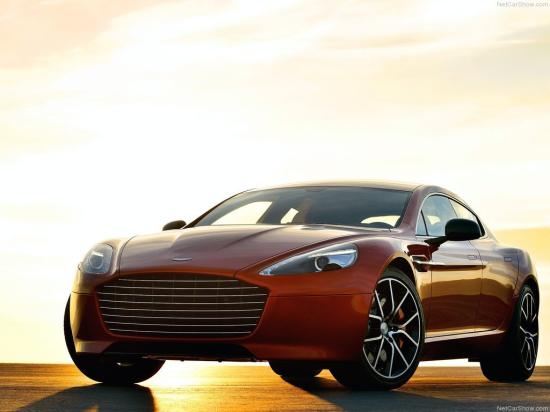 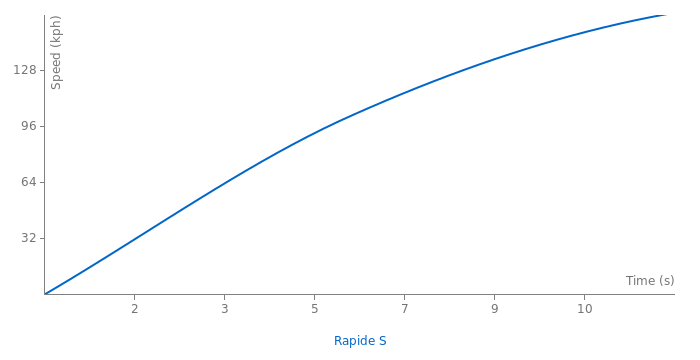 As it is now March 2020, does anyone know if the Aston Martin Rapide is in production today?
I'm just wondering.

this is the new rapidE for 2019 launch ( Calling all Eco-Conscious Drivers )-- https://plugincarhub.com/calling-eco-conscious-drivers-discover-2019-rapide-aston-martins-first-ev/

2 PS is not worth splitting laptimes and performance data between two pages.

This is a good read - the section "IV. Models" https://fastestlaps.com/tos. It explains the magic theory of FL model pages - they are actually not pages for specific models but pages for model ranges.

If we had separate page for each gearbox and trim combination, everything would suck - car pages and comparisons would have hardly any data.

Please delete the 8 speed automatic from the transmission part. The 558 PS Rapide was only available with 6 speed automatic. The 560 PS version has the 8 speed.
https://de.wikipedia.org/wiki/Aston_Martin_Rapide#Technische_Daten

Here are some examples

Yes it's true they design their cars after the golden ratio (1/1.618) which is often used in art

Unbelievably slow if times are real. But still beautiful and impressive design.

There Beautiful, Nobody can argue that, but i do believe Aston has lost alot of its steem since 2008, 2001-2008 were the most fanatic years of excitement, but they need a change, every car has the same head and tail light look, same shape, same engine,(V12-V8 same Liters etc) there getting plainer buy the year, there getting tested less, talked about less, and i do believe its because there getting less interesting, i even think there sales are down a bit.

Not too mention there becoming less drivers cars, seeing how the new AM310 and this dont have an optional manual, even though there 'These' types of cars, Every car is DB9,, its either smaller, or longer to put it simply.

Id still take a DBS over a ZR1 or any Porsche, but ive become less interested in these past few years, and to be honest i think customers have too, They use to be my favorite company....Not Any More:(

@BR2
Apparently, Aston uses mathematical formulas to design their cars. For example, the distance from the bottom of the window, to the ground, is exactly 3x the height of the window itself. So all their cars look the same because they're all designed using similar equations and ratios. Don't quote me on that, as it's really just a rumor I've heard, but it does seem to make sense.

If it is true, it's quite ironic. Clinical, by-the-books designs are mocked up and down by every journalist and enthusiast around as being boring and unpleasant to look at. But Astons are about as clinical and by-the-books as it gets, yet they're almost universally regarded as some of the most beautiful and cool-looking cars on the road today.

Boring, as usual, looks the same as with EVERY Aston, Just a stretched DB( with V12 Zagato inspired grille, nothing special, Interior is Lovely, but they had to ruin it with that Hidieous steering wheel, Ugh

Has Aston lost its insperation?

Back from 2001-2008 there cars were Booming! nothing on the road like them, and i think there sales were higher too, And Aston is the Only BIG Manufaktur that doesnt hold any Awesome performance under its belt, there the most beautiful cars you can buy, but, thats really all they have going for them(Even though most of the times thats what sells cars) but still.

as to the looks, well, IMO new Ford Mondeo looks propably better. That mouth is huge, its smells with Audi design and that bad.

I love this new grill. Looks much better now.

This is probably the most beautiful sedan made today, it's gorgeous, except the grill, it looks like it's screaming at the top of it's lungs. :b

They say its all-new, but its hard to belive when Aston Martion makes that declaration.
There was serious problem with space for passangers and even driver beceause of huge centre-console in that 4-seat car. Now it look little larger, so lets hope its a proper 4-seater now.

as to the looks, well, IMO new Ford Mondeo looks propably better. That mouth is huge, its smells with Audi design and that bad.

As to the performance... Engine is huge, but its mostly outdated technology already, gearbox isnt superb, and it weights 2 tons.

@Ferrari driver
A 4-door Rapide Roadster? LOL
Firstly, a Volante convertible would be more correct. Secondly, a convertible-saloon would be disproportional, being too heavy at the back. And if you want to get a twin-top Aston, why not just to get the DB9 Volante?

And the Rapide will smoke only naturally aspirated Panameras. Turbocharged version are not even going to bother about the performance danger from the Aston. But, no doubt, Aston smokes Panamera in the design aspect.

On the first look you can not see that it has 4 doors.
That is cool.
Aston Martin should make a Roadster with 4 doors.

That would smoke the Porsche Panamera!

The new facelifted Aston Rapide. And that's quite a gorgeous car!

Technically it's almost the same as Vanquish. It uses the same automatic gearbox, But what is really surprising that the top speed is Not delimited to 295 kph! It is claimed to get 306 kph, and accelerates to 100 in 4.9, which is very impressive for an almost 2 tonne Aston saloon. The car uses carbon fiber which helped to drop the weight in 5 kg in comparison to the previous Rapide, LOL. So the tech didn't disappoint.

Exterior. Aaaston... yeah. But they tried to get it somehow differ. The front end has got a massive grille which should be a bit narrower. And the new beautiful rims. The rest is still the same.

But with all its advantages, it still doesn't stay in the performance league of the German competition. But I believe, comparing the progress of the Rapide to the Quattroporte, Aston is more exciting. 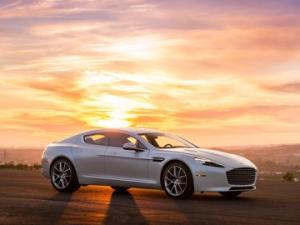 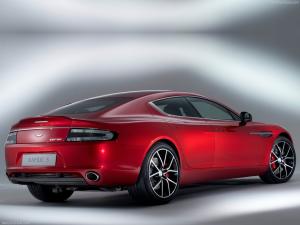 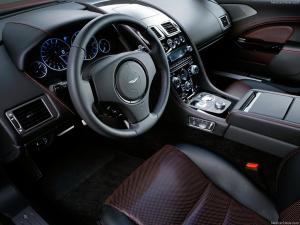 Went around the Nurburgring Northern Loop in 6:18:06

I will race who i want cuz its my car and if your jealous ...

If I know Aston Martin, this thing won't be road legal but be extremely ...