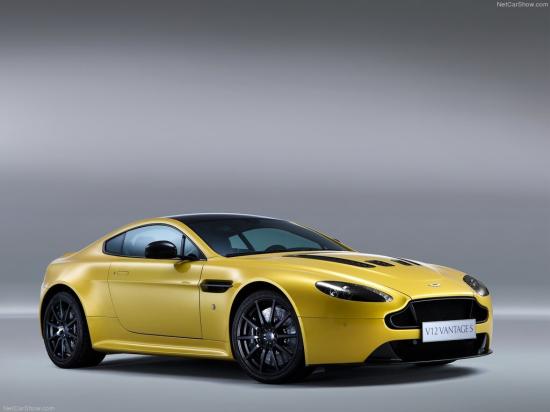 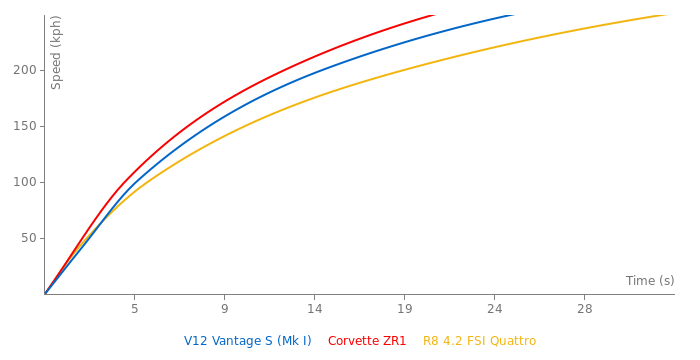 Does anyone know what were the results of the supertest of V12 Vantage S in new Sport auto?

astons have never been fast but pretty slow considering its numbers.

basically every sportcars rubs the floor with astons. u really have to willingly pay a lot more for exclusivity.

but then again, if u are able to spend 250k for an aston martin u are probably driving a few more cars anyway and one of these gets the performance done

Oh, by the way, I would consider buying it now, as I just found out its got a a "Flappy Paddle Gearbox". Love saying that. Lol. Though I'd need a friggin Flappy paddle head to pass off a used LP570-4 for the same price.
Darn... Hard choice.

Before you read this please note I ABSOLUTLWY ADORE THE V12 Vantage and sorry for any linguistic, and grammatical errors
I typed this up on my iPhone.

All the updates are under the hood.

Sorry but it looks like 2005 Ventage. Time for some updates?

Aston Martin is celebrating its centenary this year, but it didn't stop just on unveiling spectacular CC100 Speedster concept. In addition, Aston presented a successor to the V12 Vantage - V12 Vantage S, and it is currently the most powerful production Aston Martin!

Now this pocket-rocket produces 565 hp and 620 Nm, in comparison to predecessor's 510 hp and 570 Nm. Sounds perfect! But the car's trump isn't just a power bump.

Aston Martin managed to equip the S model with the new speedy 7 speed sequential gearbox. The new gearbox is also lighter - it helped to drop the curb weight in 25 kg.

All these innovations makes this little car the most extreme Aston Martin. The top speed is claimed to be 205 mph, oh yeah! And now the track performance of the Vantage will be improved so much. This car will Astonish us, I guarantee.

And about the exterior aspect. It looks pretty much like the previous V12 Vantage, but I have to say, I'm a bit disappointed about its design. Firstly, yellow doesn't fit this car, better it was black, white or silver. Secondly, that black stripe between rear lights looks.. unnecessary. And thirdly, I've never too much liked those vents at the hood. Overall, the new Vantage looks too vulgar, and it lacks in elegance, in Aston's key factor.

Again I have to say: Happy birthday, Aston Martin! 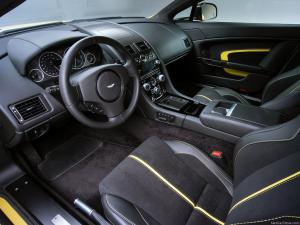 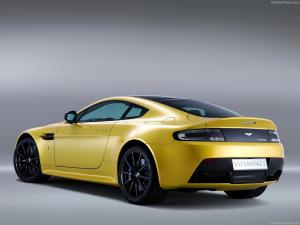 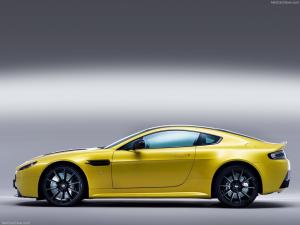