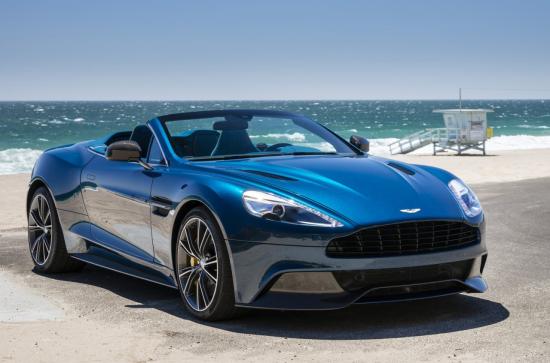 Another beautiful Aston Martin. I would hesitate to call any 500 plus hp car slow, but an automatic transmission does slow things down quite a bit. Still fast, but less involving. The beach is beautiful as well, looks like Fort Walton Beach Florida with such white sand. I wanted an Aston Martin for a long time, mostly because of the James Bond connection. In fact though, the closest I came was owning a Jaguar XK8 Coupe in British Racing Green. Same platform as the Aston Martin DB7, but a different engine. Unfortunately it was as unreliable as it was beautiful. Hopefully newer Jaguars and Aston Martins are more reliable.

another beautiful, but slow aston martin.

As usual, Aston Martin has built a beautiful car, and 565 horsepower, great.

The new Aston Martin Vanquish Volante - pure beauty and soul. It looks just so excellent! It is also claimed to be the stiffest drop-top Aston. Ah, just a shame the car is equipped with same slow transmission that limits car's performance. But still, the new Volante is just a maginificent GT convertible. 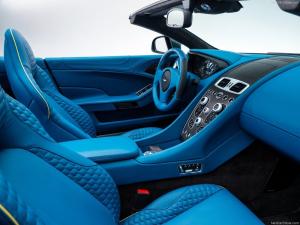 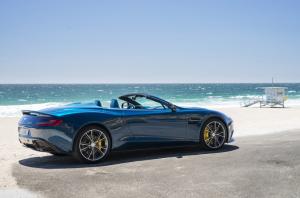 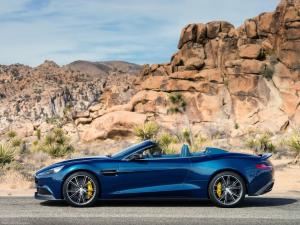 Just looking at the specification and styling it seems to me they were going ...

Here is the source for all of the old car magazines: https://wildaboutcarsonline.com/cgi-bin/pub9990262549471.cgi

https://lapmeta.com/en/track/variation/29 Here you can find some times for road cars e.g. Cayman GT4RS ...