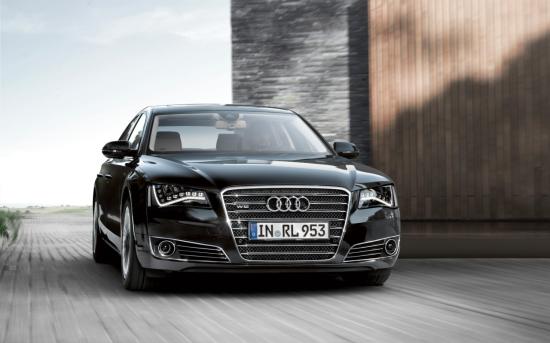 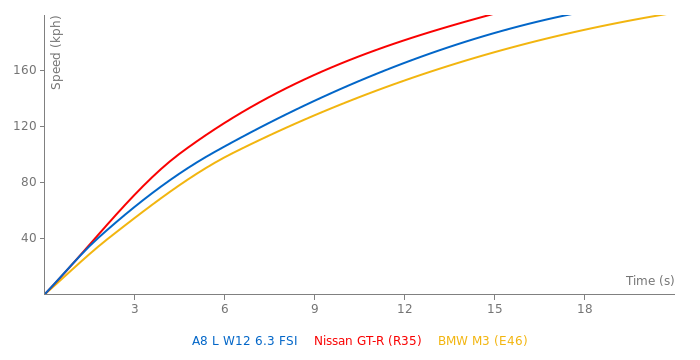 It has only 500 hp because they give more opportunity to customize your car and make that w12 a over 1,000 hp and it's a great hobby if you have that type of money and you could make that car faster than a Bugatti veyron or chiron because if a freaking 1989 Volkswagen golf could have 1200 hp and do 0-100 km/h in 1.66 seconds and it's still a street legal little sports car you could make an audi a8l w12 just as fast if not faster depending on how much weight you take off the car and how much power and then calculate the hp to weight ratio and if you have insane hp to weight ratio big numbers man could get you into the 8 second quarter mile range depending on what ya do because I've seen a 1,000 something hp big Cadillac Escalade that still has 4 seats in it but with bars inside and its real green it did the Quarter in the 9s range and it was still a 4,000 pound vehicle so if you know what your doing and you have the money do it that's why they limit to low horsepower because if they sell you it with 1,000 hp their going to charge you at least $500,000 or more and doing the things to make the engine faster your self you would save quite a bit of money the way you think about depending on which name brand parts you put in it so take as a cheaper way of getting a 1,000 hp sedan with all luxury and awd your actually saving money the way you think about it because dealers will charge a ton more than what you could but the parts yourself and have someone do it for you your saving thousands and getting a 1,000 hp or 2,000 hp sedan a lot cheaper than what the dealer would sell you and it's you doing it too so you will be proud of you getting your own car make a 1,000 to possibly over 2,000 hp depending on what you put in it and I know the car cost over $100,000.00 brand but if were to buy something with 1,000 hp or over your to pay millions and that's where mostly your saving I mean you could thiss w12 cylinder audi a8l have 1,200 hp for $11,000 to $30,000 extra depending so look at how much money you just right there because I'm sure the car if around $140,000 or close to it so just add an extra let's say just in case an extra $30,000 on top of that which it will and shouldn't be that much do make a 1,000 hp because the car already has 500 hp but just look at that so total price basically your spending is $170,000 around so minus that from 1 million 500 thousand and more because that's what 1,000 hp supercars are but that's why people buy little older sports cars or muscle cars and make them have beyond a 1,000 hp and they dust and leave koenigsegg or Bugatti in the past and your buying so much cheaper cars that have the ability to be much faster than any supercars because of their light weight all supercars are not all light weight bugatti weighs over 4,000 pounds so just think about all this and let me know what all guys and ladys think and gentlemen and young girls

Me neither, it doesn't let me select the car, is it the same with you?

@phavyarden I can't seem to add performance figures either.

Thanks benzsl.
Who can edit the specs?

how much it weighs?

I like Audi. I've liked them for years (decades) but I just can't stand the "Nuvolari nose" aka single frame grille.

Excuse me? Do you know many similar size engines that produce more per displacement? There aren't that many. Chevy Camaro and Dodge Challenger, for example, have roughly the same displacement and produce 400+ horsepower. And those are sportscars. This is a luxury sedan with quietness and smoothness as priority.

600 hp would be easily possible and without any negative long term consequences. All they probably have to do is re-program the engine computer.

There are so many 700, 750hp packages available and I am pretty sure all they do is just fiddle with electronics and voila - you have 750 hp.

Will it be called RS8 perhaps?

New S8 will use 4.0litre supercharged V8 which only produces 450hp.

Is this engine boosted or n.a.? Looks like a brand new engine from VW group.

Either way - to call it weak one must be driving a Bugatti Veyron. 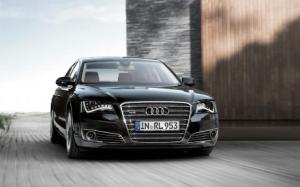 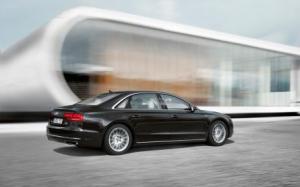 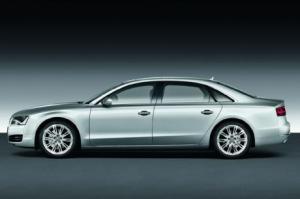 First turn even more outside of track limits than usual :) Maybe this car ...

Some 400 cars actually had similar problem (outdated or missing average weight). Supposed to ...