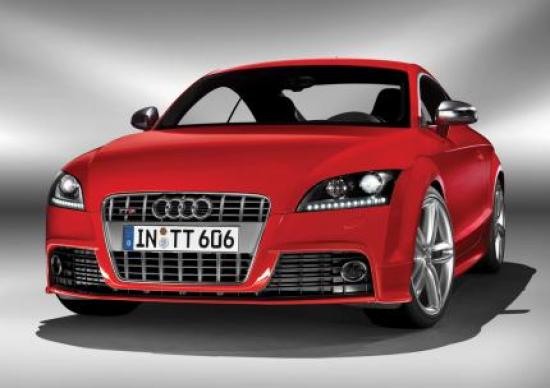 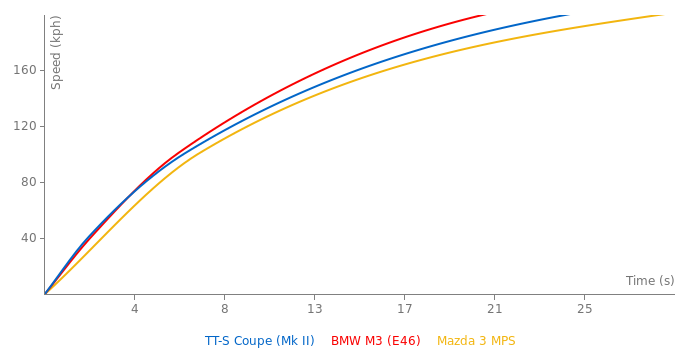 I can tell you now the Audi TT
8J FWD 6 speed with all oils and half a rank of petrol & me inside of it has a combined weight of 1390kg. I weighed mine every week just for fun when I worked Gatehouse at the gold mines and would park my car on the weigh bridge just for fun, every single week it would 1380 to 1390kg

lol slower than a Twingo RS? dont think so...

I add more performance figures for the Audi TT-S Coupe.

Is there even 1 time posted here that was acheived with a stardard 6speed manual gearbox?

If there actually is (I doubt) perhaps weights for both the 6MT / DSG can be listed in the sake of accuracy. But as it currently stands it doesn't make since to list the weight for a car (6MT) that didn't achieve the times listed.

The Audi is damn quick with that DSG and AWD but I like the 1M BMW would be my choice if I had to pick.

But anyways it was a pretty neat read. If I recall they weighed the cars and the Audi TT RS weighs something like 3350 pounds maybe a bit more or less which isn't too bad. I believe it weighs a little more than the BMW but still not to bad.

You could probably type in key words in goggle / yahoo and look at it yourselves.

Hold on a second I'm confussed...

The times posted here a for an Audi TT S coupe with DSG correct? I mean I seriously doubt the car could run the times posted with a traditional manual when you factor in the power to weight ratio (not that impressive).

So I guess the point is that seeing that the times where achieved with a Audi TT Coupe w/ DSG why is the weight of a manual version posted?

I did check Audi myself as I was courious seeing all the back and forth and they do list the car weighing 3241 pounds. Seeing this is the Car uses for the posted times wouldn't it make since to post the correct weight for the right car (Audi TT S Coupe w/DSG gearbox)?

As far as Motortend , Car & Driver and so on, well they're not always correct unless the weigh theirselves. They sometimes confuse different models (ex: List weight for the regular Audi TT for the TT S and so on.

Anyhow I do find it hard to believe that even the 6 speed manual version weighs 3069 pounds seeing the DSG version weighs 3241 according to Audi. Perhaps they're referring to it's "dry weight" in which case that wouldn't even be right but curb weight is used for all the other cars I've seen listed here. Should apply the same formula for all cars so that there isn't a bias toward any particular brand.

But yeah I would say the currect weight for this car is 3241 pounds seeing the DSG version is the one that acheived the quick times posted here.

TheFrank not only realize that Audi is not a US company he even does not realize that only a single laptime of the TT-S here at fastestlaps is from the USA... so 17 of the 18 laptimes are NOT driven with a US spec TT-S Coupe

The TT-RS isn´t on sale in the USA so far so there is no US curb weight claim avaible...

@TheFrank
I still wait for your explaining how MT and C&D can test US spec TT-S quattro Stronic (with AWD AND DSG!!!!) with 3110lbs and 3150lbs if accroding to your cristal ball of truth the curb weight is 3241lbs?

There is no MANUAL version Audi TT-S with AWD.

the TT-S is avaible with 6speed manual

You guys are in different countries. What is (or isn't) offered in the US is different than what is availible in Germany.

For example, TT-RS doesn't have DSG option in the US but does elsewhere. On this site, the best 0-whatever times (with DSG) are listed even though US buyers won't be able to match those times.

If the best weight is listed (even though US cars weigh more), it's fine if it is correct, IMO

What is availible, options, etc. will change the weight so the weight isn't just 1 number.

STOP TO CLAIM BULLSHIT OR I BANN YOU!!! FINAL WARNING!!!

the TT-S is avaible with 6speed manual

This is the Audi TT-S coupe

Which comes ONLYwith DSG and AWD transmission!!! There is no MANUAL version Audi TT-S with AWD.

Also the cars I listed where for the BASE / NO OPTION version.

now explain me how they scale 1395kg if the curb weight is 1470kg... they weight the car without wheels fuel and liquids?

if tested cars are heavyer they are mostly loaded with options... all weights are for standart cars without weight adding options!

Audi is a German brand so the only reference that count is their main homepage... there they clearly claim 1470kg is including 75kg driver! Without driver but fuel and liquids the car weights 1395kg!

C&D 3264lbs curb weight is for the DUAL CLUTCH TRANSMISSION version!
The tested car was fitted with the optional $5000 Prestige pack... options always ADD weight..
You should read tests and look not only at numbers

In the compare to the 135i the TT-S was clearly lighter even with options, there the 135i including option toped 3500lbs... why no blabla at the 135i page which is listed with 3260lbs here?

So the weight should be fixed along with the bogus power to weight ratio and 1/8 mile est, etc.

If you look you'll see the weight for the AWD version at 3300lbs!!! lol

Seriously, the car weighs A LOT more than 3069lbs. It's roughly 3300lbs but most accounts.

The Audi TT-S coupe weighs A LOT more than 3069lbs my friend.

Audi USA is to stupid to add the numbers correctly..they took the German weight including driver and claim it as curb weight!

The weight currently listed for this car is roughly 300lbs lighter than actual.

So obviously the power to weight ratio is NOT correct and the car isn't near as quick as its 0-X times might have you think.

For example, yes it'll match a 135i from a standing start to 1/4mile but from a roll-on (real world) it gets’ smoked due to inferior power to weight and AWD vs. RWD/ FWD drive train loss.

The car is a wee bit over estimated on this site. But then again that apparently can be said about any > Audi 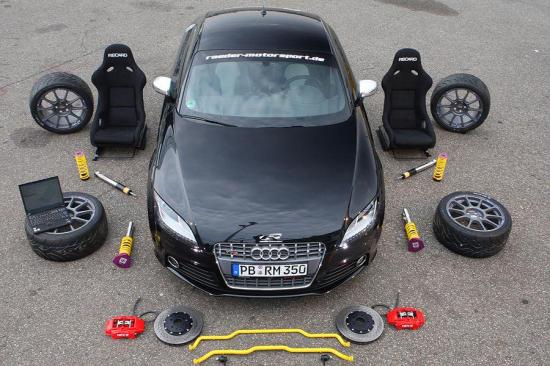 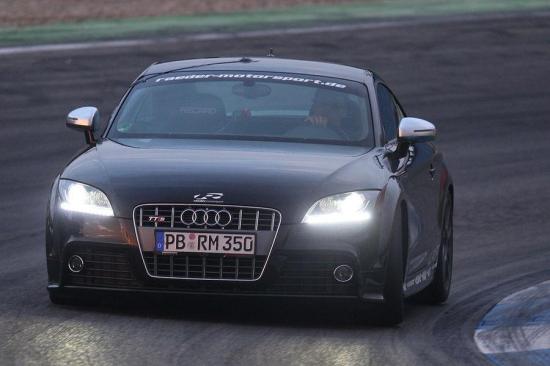 According to at least 1 source, there WILL be a TT-RS in the USA.

Finally, a TT with some balls to match its handling. If only they sold the TT-RS in the US.:(

there is a mistake on the US audi side...

I think there\'s a FWD version with a 6 speed manual that may weigh less but this is the AWD version and comes only with auto-man gearbox.

Oh here it is:

This Audi TT-S weighs a lot more than 3069LBS.. It\'s closer to 3400lbs last time I checked. It may be pretty quick up to 1/4 mile due to AWD and gearing but many other cars with less impressive bragging rights numbers (0-60 ; 1/4mile) will blow its doors off in a test of real world / at speed acceleration where power to weight ratio plays a bigger role. I hate how Audi’s are so damn front heavy.

@Georg but that time is pointless ... not enough of it still wet with 5 other cars disturbing the other.

your side is no reference, it is just a side full of mistakes and claimes without any source...

just read the first car name and you have the first mistake...
Gumbert is no car company but Gumpert is...

I wonder if anyone will ever change the name to the ...

This is probably the reason: "We never fully settled in, but ...

With Perfomante they screwed up. It might as well have been ...

Quite interesting French site with a lot of lap times, I ...