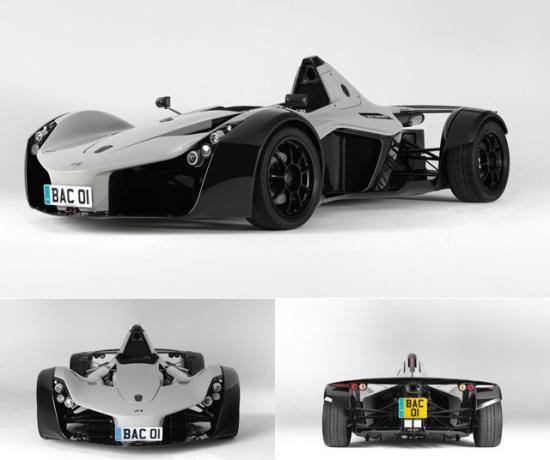 little list I made of lightest cars
let me know if im missing anything, except silly 600 lb cars and non modern (2000+) cars.

this isn't even road worthy

True that. The 2.5 is a very different car with different tyres (Kuhmos), just noticed that.

Sroser back to your old self.

The Mono in question is an updated and upgraded car. The radicals you are comparing are different cars as well.
Reply 4k

So their times are highly inconsistent.

haha referring to the caparo t1 saxy...
which...if my old noggin serves me right is road legal.
not sure if they still make them though, think I remember reading an article they went under a few years ago and were rebranded as an advanced engineering company
p1 gtr is the biggest waste of money since the titanic

Lol you are defending a 2 million dollar road illegal track car with racing slicks being beaten by a road legal track car for less than 10% the price?

Actually no, put slicks on the Mono for those tracks and I guarantee you the mono will be faster at Silverstone. Spa would be similar.

id say yes, but itd be close around anglesey.
around a super circuit like silverstone or spa no contest
ps can someone add the new 2.5 litre mono? can post specs if needed
article in the most recent evo magazine saxy
video coming soon

can confirm through GCF (article got copied onto P1 GTR thread)

now the obvious question, can the caparo T1 beat the BAC mono?

Having watched quite a few youtubes showing off the bac mono...l have come to this conclusion.
Its better looking than the caterham, aerial atom, ktm & radical combined. A forced induction cosworth engine may make it even better? Hats off to the designers & engineers. A road leagal gocart for grown ups & boys with toys.
Absolutely sensational.

Time at Spa Francorchamps with wet surface. A nice looking car and really fast enough for nearly every other car. But no downforce beast. My favorite sports car.

@BR2
I am sorry, I did not know that and underestimated the car.

"Only bad thing is lack of a passenger seat!"

LOL, I did not even noticed it has just one seat.

It is unbelievable, that BAC Mono beats round the track the car (Atom V8) that generates 350 bhp/tonne (!!!) more!

I would never suppose this car, whose engine is way not the starkest, is such a successful performance tool, and make so a lot of noise around it. And BAC looks surprisingly beautiful for such a street-legal track car! Well, hats off.

This is now better than atom v8 in every way. Better looking, higher mph, quicker round a track. Only bad thing is lack of a passenger seat!!

That Thing has such high downforce levals, it scrapes the ground at higher speeds as posted by DeDe(STill find awesome and hilarious), mix that with Big arse good Michelin tyres, awesome and powerfull engine, and light weight, with over great handling and handling feel, and you got a car that's gonna do fast times, also mix in the better brakes, stickier tyres, revised suspension, lighter weight, even MORE downforce, and power, and your even Faster(Competition Model)

That S7 held the Fastest MT Figure 8 time for a LONG time on Motortrend, but was beaten by the ZO6 and GT2RS..ONLY, and I "Think" its still 3rd today, so im in no way gonna underestimate how fast it wold be round a track. That car was designed to Race.

The other competition, was designed to go around a track even more so, NO compromise racers.

Both the Gumpert and Ultima have proven how fast they are round a track, (For the "Normal" ategory-_-") The Mono, Radical and Atom have also, Just the LeBlanc hasn't, RST just on one track.

But I believe the T1 would come on top no matter who the competition it goes on. its simply too fast.

@BR2
I am surprised of your high expectations in the Saleen. I never thought the Saleen S7 could do such fast laptimes because it looks more like it is designed for speed, not for downforce. Also, I think the Competition has too much power, and will not find traction on a curvy track.

But I could be wrong though...

At this level and with cars like this, setup is so important. Give each car a team to help set it up and 1 HIGHLY skilled driver to drive them all and I think the T1 would finish on top.

As fast as this car is, it would get utterly raped by a T1, as would every car, there are FEW cars that can contend with a Caparo T1, Lets see..

These 9 cars are within My estimations of the cars that "Could' compete with a Caparo T1 round a track, I know atleast 4 WILL compete with it in a heated battle, and 3 that could possibly contend with it, and 2 that would get beat, but still not far behind, Theres also 5 new cars introduced in 2013 that could potentially beat it or have similar lap times(You should know which ones)

There may be a few im missing on that list..

i think this car is a bit faster then Caparo T1

No, it isn't. It DID look good sliding through the corners on Top Gear lap, though.

only if lap time isn't fake

i think this car is a bit faster then Caparo T1