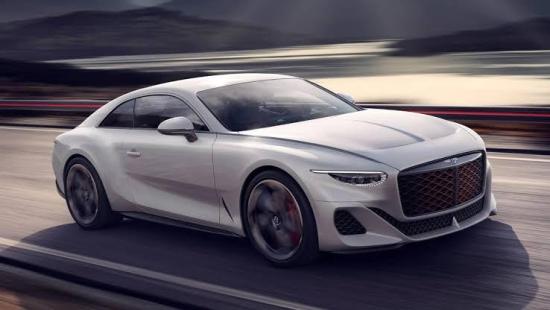 It's a very nice car. The MRSP has knocked me sideways! It wasn't long ago that was Bugatti pricing!

Quote>"Bentley has launched a new, ultra-low-volume Mulliner coupé, the Batur, which previews how its future electric models will look.

The launch of the limited-run car also signals the end of production for the ubiquitous 6.0-litre Crewe-built W12 engine that has powered its cars for 20 years.

The Batur, revealed this week in front of a 500-strong contingent of Bentley owners as part of Monterey Car Week, has been designed over the past year and will reach its first customer in mid-2023.

It is a two-door fixed-head coupé based on the underpinnings of the latest, longer-wheelbase Bentley Continental GT launched in 2018 and is powered by the punchiest W12 ever, still under development but claimed to make at least 730bhp and 740lb ft of torque. This will make it Bentley’s most potent road car yet.

The Batur will be hand-built in Crewe by Mulliner, Bentley’s specialist coachbuilding arm. The car will closely follow the path of its predecessor, the barchetta-bodied Bentley Bacalar, which was revealed last year as a concept but subsequently productionised for a batch of 12 cars that sold out instantly.

“We don’t build our concept cars to throw away,” said CEO Adrian Hallmark. “We build them for customers to buy.”

Named after a volcanic lake in Bali, Indonesia, the new Batur will get a run of 18 cars, each selling for £1.65 million before options and local taxes — and they are all sold out, too. Several of the prospective owners are serial Bentley customers who have just received or are still awaiting delivery of a Bacalar: eight of the 12 Bacalar have now been built and delivered."

Final technical specifications are yet to be released relating to engine metrics.