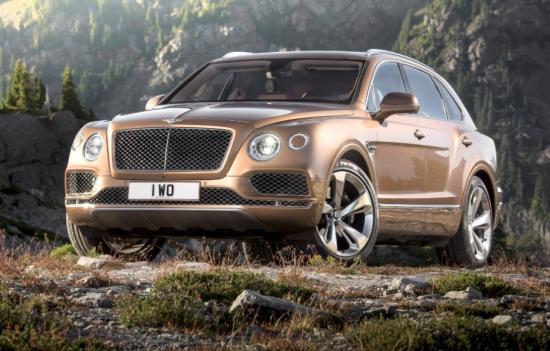 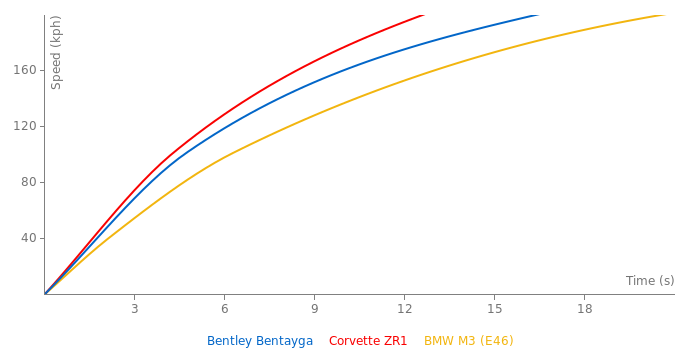 My magazine shop got just one copy of this week's Autocar magazine (18/5/22). As I result I missed out on an 8 page road test of the latest Bentley Bentayga. The car most likely is the new Hybrid model.
Did anyone here on Fastest Laps pick up a copy? And if so, does anyone have the performance acceleration figures? I very much doubt this large SUV is all that quick.
Thank you from Flt 158.

S class ride. Strange that it uses an economy oriented longitudinal system when it's so expensive. The upcoming Lambo SUV uses the same basic platform too so just more profit for them I guess.

Clever how they use torque vectoring through braking to counter the nose heavy MLB platform. Only SUV with a near D class ride. Looks less mean than the SVR but will leave it for dead in a drag race.

If your looking for your average Bentley thas prolly what you want, Although me personally idon't prefer the sound of a Hellcat in my suv

Probably the quietest SUV in the world.

no, i mean the actual Speed badged edition, like the mulsanne speed or the continental speed.

Jesus, I forgot about this car, then realised that when they've finished with the speed, they're going to have a sub-4 0-60 suv.

I would take this over Cayenne. But not sure if I would prefer it over Range Rover SVR.

this, a cayenne turbo, or a rangie v8/svr?

Imagine the condition of the brakes...

@mrft: I imagine it got up on 2 wheels in some of the tight turns, maybe even the carasal.

aparently it went round the nurburgring a few hundred times, imagine the body roll, lol

So now Bentley has an SUV. That 600 horsepower 6.0 liter W12 makes this the world's most powerful SUV.

Looks fantastic in every way, But lets be honest, Its a raised Continental GT, Looks the same but in a higher Suv form, Looks great, But looks the same as every other Bentley.

And im glad its a 6L TwinTurbo W12, Tired of this Turbocharged InLine 4 bullshite.

Neither SUV will hit 200mph.

The Charger Hellcat can break 200mph but it has much better aerodynamics than the Jeep with the same engine. If the Jeep Hellcat has AWD, that will be even more parasitic drive-train loss which will result in an even lower top speed.

As far as Jeep Hellcat, this is the first time I hear about it.

It should be amazing, if it has 700 hp. It will be as badass and disruptive in the perfo-SUV class as the original SRT-8 Cherokee was.

Damn! We got two SUVs coming: one for Europe (this) and another for the Americas (the Jeep Hellcat Trackhawk). What do you think has better fuel economy? Which one is more reliable? What do you think will be faster at the Nurburgring? Both are capable of reaching a top speed of about 200 mph! EDIT: I didn't know the Bentley only does 187, though the magazines might get it up to 195-200.

well i dont think it's because of fuel prices. They just needed a W12 so that it would have that extra something something

I am also glad to see the W12 back in the conversation.

The fuel prices are low and appeal of big engines is back.

If this becomes as big of a success as Cayenne, there will definitely be the TT v8 option and probably even Bentley diesel.

Russian's new favorite car. Moscow will be full of these as soon as they go on sale.

This is the sort of carpage fastestlaps needs!