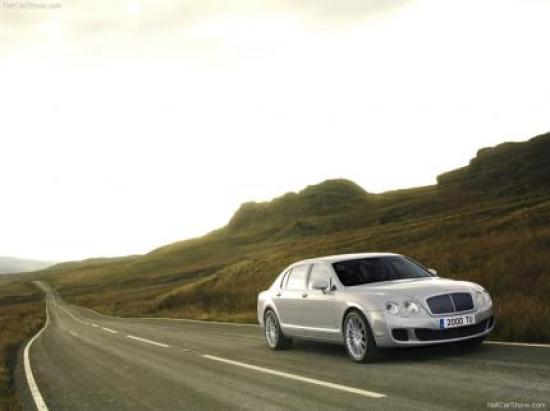 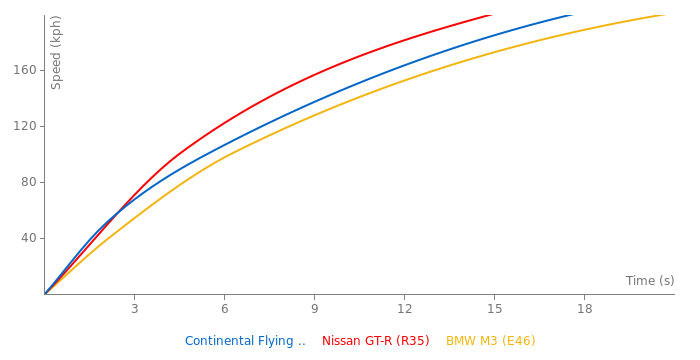 All I am saying is that at the time the CTS-V was claiming the record there wasnt a faster lap time posted. I sure didnt see a M5 lap time posted then.. I dont see one posted now that comes close to that time. If the M5 lap time is legit.. why isnt it posted here?

I know the porsche set a faster lap but that was after the cadillac.

The point I was trying to make was that we ALL know the STi wasn\'t stock.

Was the M5 stock? I have no idea. None of us do

Was the CTS-V stock? I have no idea. None of us do. (I do accept that time since I have no proof to not credit it.)

I wasn\'t trying to support the M5\'s time because I can\'t read German so I have no idea what the article says.

If your point was to say that Georg accepts the M5\'s time but doesn\'t accept the STi\'s time, I think the difference is that even though we don\'t KNOW the state the M5 was in, we DO KNOW what state the STI was in.

The STi\'s time shouldn\'t count since we all KNOW what was done to it. As far as believing the CTS-V\'s time or the M5\'s time, none of us can be sure.

My point wasn\'t to defend the M5\'s time (I have no idea) but I understand and agree with Georg when we discount the STi\'s time.

@Georg: YOU claimed that the m5 had the record, not the CTS-V. But that is total crap since there is no Proof, no manufact. claim and no details one the spcs of that suposed ultra fast M5.... you talked bullshit again and got busted again, like you were before and like you will be next time

@wOoOdy
do we have the M5 laptime at fastestlaps.. NO... because next to the newspaper laptime claim we have nothing to proofe it... same is for the CTS-V next to a factory claim and a video were you see the driver and the dashboard there is nothing to proofe the time of Cadillac you don´t see the tires. you dont see if stock suspension you don´t see if the car was running with more boost and power... pretty easy at charged or turbo engines to give them some extra punch for record runs... Subaru was so stupid to show the (not) "production record" car in every detail that run the 7:55min and even a non expert like you will see that there was a LOT non production stuff at the WRX STI sedan...from non optinal tires, brakes, rollcage etc...the reason why it gets deleted...

The only one claiming crap again and again is you

@NIN: you\'re missing the point...
Georg disqualifies that lap since the car isn\'t stock... but there is no proof that the M5 he claims heolds/held the record was anywhere near stock. So his claim is crap.

The STi had more than "tape underneath" when it ran a 7:55. The brakes and tires were no where near stock production parts. (photos posted by Georg)

I can't read German so I have no idea what the article with the M5's time says.

Either way, the Panamera Turbo's time beats the CTS-V's time at every track they've both been at incl. Nordschleife.
http://www.fastestlaps.com/comparisons/v3kfaab214c3

The Porsche beats the CTS-V in acceleration but the CTS-V has a higher top speed.
Cadilac can claim the title but the facts prove that the CTS-V isn't #1 in any major performance category (0-60mph/0-100kph, 1/4 mile, laptimes, top speed).

funny that Georg gets angry about people posting the 7:55 laptime for the Subaru Impreza because it has some tape underneath yet he thinks it is fine when BMW does somthing simular. The M5 could have had more HP, less weight, different suspension setup and non stock tyres or all of these but of course its at least German so dear Georg can defend his idea that they make superior cars...
Pathetic attempt. The CTS-V is fastest stock sedan still.....

@georg: so a non pruction testing vehicle with unknown tyres and you want to claim it has set a record? Not a production vehicle so time is worthless and it didn\'t set a legitimate record. case rejected.

the E60 M5 did 7:52 back in late 2004 during development testing according to BMW published by German newspapers in Spetember 2004... during a time no one realy cared about northloop perfromance...

Munich (fnp) the knight impact took place on the Nuerburgring. When the strongest BMW M5 of all times had orbited the north loop in only 7:52 minutes, even Professor Burkhard Goeschel was a little baff. \"that was a treat, a piece racing\", claimed the BMW member of the board after the successful test of the new supersportsman. In the next spring he comes on the market. It is indeed a piece racing: Under the hood a strong ten-cylinder engine, which is manufactured in the BMW engine plant in Landshut, puts 507 HP, where also the Formel-1-engines for BMW-Williams is produced.

The different between Cadillac and BMW.BMW never made a big deal about their northloop laptimes, but I am pretty sure a BMW race driver with many laps to try can do a much better time than sportautos 8:13min. BMW was the first producer with a permanent testcenter at the northloop, the M5

At the time the CTS-V ran around the ring it was the fastest stock production 4 door. Why you mad bro? Sounds to me like you\'re the angry fanboy.

@Georg: show us the proof to back up that claim and while you are at it, provide proof the car was stock.... highly unlikely with 400hp if at all possible given the weight.

I hope you know the CTS-V NEVER owned the northloop 4door RWD laprecord...
BMW drove 7:52min with the M5 back in 2004...
Today a company drove to the northloop set a laptime and claim northloop record... and all the fanboys around the world are happy..

The claim was made for the CTS-V after it set the 4 door RWD lap record at the Nurburgring. At the time they made that claim.. it was the fastest production sedan around the ring.

I think you know a CTS-V will absolutely destroy this around a track.

This has a much higher top speed than the so called \"world\'s fastest sedan\" (The Callilac CTS-V). I guess the same people who said that Iraq has WMDs make Caddilac commercials.

Those 0-200 kmh times are incorrect I have raced a 760i and an s65 and won with my flying spur speed. The 760i was close but it took the s65 a while because its tires just smoked.

ok for one it only has a higher top speed than those cars. other than than both the Gallardo and F430 WILL WASTE IT...

does anybody think there are cars out or have ben out overpowered? in my opinion this (sorta) is one of them i was happy with the 552 in here. o and maybachs r a lil overpowerd. i kond of..just kinda agree that this type of power should belong to coupes...kinda