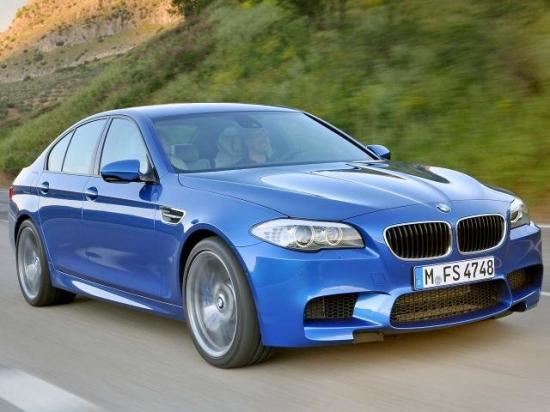 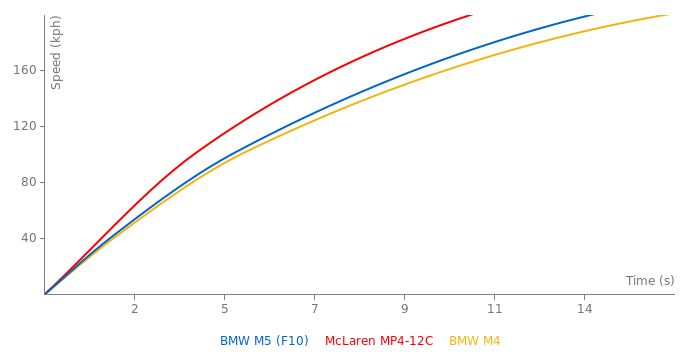 Its a shame though about what im hearing about the next M5 though...

Those acceleration numbers are ridicioulus.

...Short answer, No, If its beating an FF, It aint stock. Other ones yes.

Still, That FF sure is sexy in black, My only problem with the FF, Is that its about 16 inches too long, Totally ruins it with those proportions, And that name? FF...Really? Atleast name it something sexy in Italian, Like FF Attraente or something, Shame it never really cought on though, A bit too powerfull they made it i think too, Should have been like 500Bhp.

Why the M5's 7:55 Nordschleife-time is still here? There is no official time by BMW or any carmags. Sportauto did in 8:05.

Guys,
Underrated power numbers is a good thing. When you'll pay insurance for your car you'll understand
(*not in every country)

Id say it is, Cars are tested in comparison to which is SIMILAR, That includes Price, Hp, Performance and any other thing they have in common, Your not gonna test a M5 vs a Challenger, Or a M4 vs a 991 GT3, There top models will have similiar Power figures, When do you see a 550i compared to a CTS-V? Or a V12 Vantage S vs a XK8? Its dishonesty, Saying your car has THIS much hp, then to find out it doesnt have that, Yeah pretty sure thats lying, Although i agree somewhat at what NIN said, Not bad for the consumer. But when you get performnce reviews, Its messed up.

Its interesting,
The question is: particular car would sell better if it official horsepower figures are smaller or higher than its in reality?

It depends.
If we talking about "normal" budget cars with about 80-160 hp, the car would sell better if the claimed number are higher than in reality.
For example Golf with claimed 160hp would sell better If it would have 140 hp in reality than a 120hp golf.

But with sports cars it work in opposite direction. Beceause people look mostly on reviews, and performance figures, not on pure HP so much itself. And... people do not like to be dissapointed.

First generation GT-R was a big succes beceause everybody was shocked how fast it is, people do not expect than. It won all reviews. And everybody keep saying, how its possible in 480 hp car?

Same with the BMW M5 and other performance cars.
If they would make M5 with 600hp and claimed as 550... It would rise positive reactions beceause it would be faster than people expectations, and people usually explain to themselfs good performance with low hp/weight ratio as result of hight technology components.
But again, if They would make a 500 hp car and claimed as 550... well everybody would talk... wtf is this... its slower in test than previous generation, etc. People do not care for the price, they want their next gen car faster. And also be more powerfull. That mean be beter version.

But when it come to the day when someone want buy a car, he read some reviews and

Yes it is playing dirty - coze difference between advertised power and real power is from big to huge. They do what they do because they want to make an impression that their cars are much faster than the competitors with similiar power. In another words they want to make an impression that these cars are so freakin quick due to great engineering only. But so high performance can be achieved only by combination of high technology and sufficient power.

But for customers it is a good thing :).

Wth, Lol playing dirty? People don't test these cars against let's say caymans or f-types. They test them against similar sized top models, NOT based on whatever horsepower. If they all underrated their power, big deal. I applaud them for producing only more and not less than the advertised capable power.

Getting MORE than you thought you were paying for is a goodkind of dishonesty. :)

In their defense, zee Germans just want to make sure that their cars make the advertised PS/HP in even the worse conditions. The guy driving through a high altitude desert will know that his car still makes the advertised power.

I think its just playing dirty, Most cars today are tested in comparison are compared to by price and Hp, Or overall performace, Considering all the glory German engineer get, It shouldnt e hard to make the Hp they claimed, Unless its on purpose, The M6 tested by SportAuto had 640Bhp, And that wasnt the CP, The M5 has around 600Hp in real money, Motortrend has called the Germans out and even dyno'd there cars and found out they were producing Alot more then claimed, Even independant tests.

I know its high tech and we cant expect ever car to produce the same number, But having more by THAT much? You kiddin me?..Im all for powerful cars, But i dont see a need in lying about power, if it has 420Bhp say it has that much, I really hate dishonesty.

They downplay power ratings of their top models on quite big scale.

I respect N/A engines of super cars more and more.

Thing that those cars have so much more power than it is claimed is realy messed up.

And we all know that not only BMW does it.

That is old news homie, We all no that its not making as much as claimed, ANd various sources from different nations have proved that, Germans lie about the actual Bhp and Torque of there car, Fact, Which i think is messed up, Hell the new M3/M5 is pushing almost 500Bhp.

Interesting articles about power figures of that car :

A CTS-V compares with an M3, not an M5. And the Panamera Turbo S compares with the Alpina 7-Serires, not the M5, in regards to price. 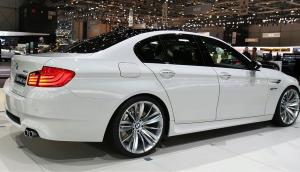 Did you win at the annual clown championship already?

Carfection with Henry Catchpole (if you ever get a chance, watch ...

it's successor only came to us when they decided to go ...

the center console buttons reminds you of the nakatomi towers elevator ...

ah yes, yes, it's super comrade to the rescue reminds you ...