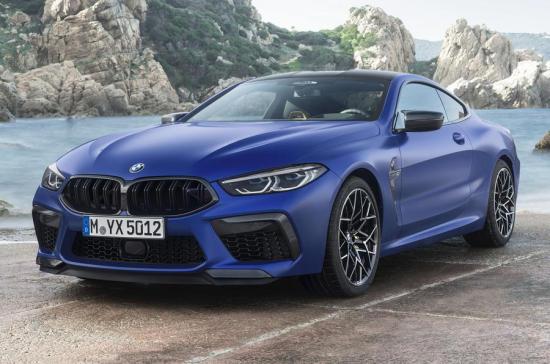 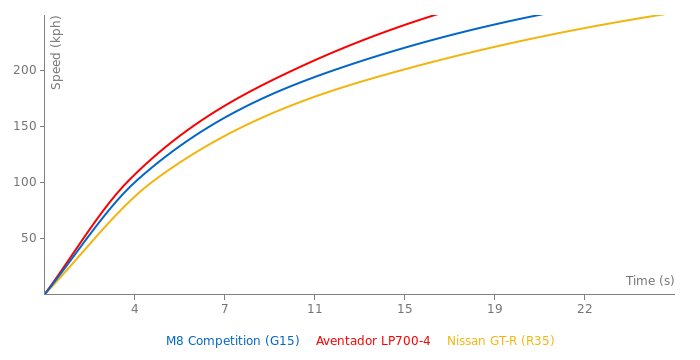 So if McLaren and BMW and Mercedes, I'm fairly certain of the latter, twin turbocharged V8 engines are putting out the manufacturer claimed power AT THE REAR WHEELS, does common sense NOT dictate the elite hypercar production cars are exactly the same? The engines are utterly exotic in comparison? I know what that means to power and torque levels and correspondingly to power to weight and NEVER mentioned torque to weight ratios!<these are critically important to punching through the air! Particularly over 400km/h.

We are entering a different age, perhaps the last of it's kind~ I sincerely hope that this is not the case. However, sexy metrics, is gone, no longer appropriate and particularly to my female fans (LOL!), it's not representative or inclusive.

Welcome in DESTROYER metrics and numbers you've not yet seen. From SS to SS(C).

No that wasn't sarcasm, but it's totally faster than those two.

Quote>"we've long suspected that BMW may be understating their outputs. So, we decided to put an M5 Competition on a rolling dynamometer—colloquially known as a "dyno"—to see if our suspicions were warranted."

Quote>"avoid any torque multiplication by the car's eight-speed transmission, we ran the test in sixth gear, which is a direct-drive or 1.00:1 ratio. The results show a surprising peak of 617 horsepower and 606 lb-ft of torque at the wheels."

Hahahaha! OMG it's only been FIVE minutes and BMW have joined the Mclaren 765LT by making quoted manufacturer power claims AT THE WHEELS! I mean 606lbs/ft at the wheels is a montrous number.

I mean what else can you say? Very impressive engineering.

I've become a bit of a Benz man, well because I AM haha! But it's time for a little more BMW. And where better to start than the mighty M8 Competition. And there's tonnes of numbers to look at too. There's an Anglo-German project that I'm dying to talk about, but until more concrete evidence of progress emerges I'll stay quiet.

But anyway regardless, the research into this car will pay absolute dividends and if not so what? All good.

The 700hp BMW M8 Comp is even quick down under 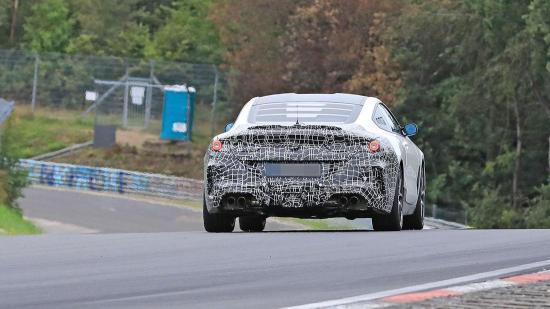 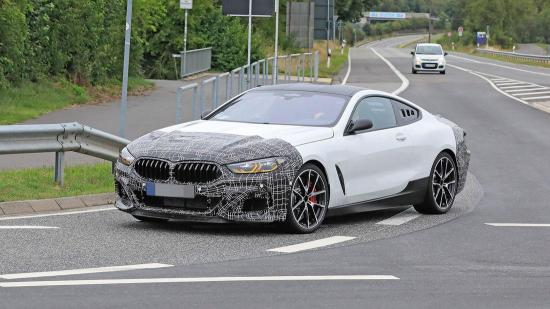 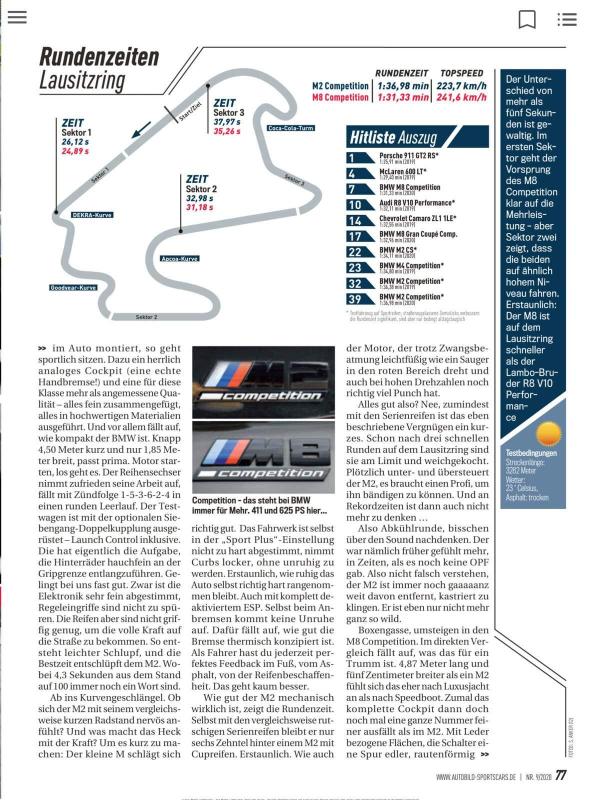 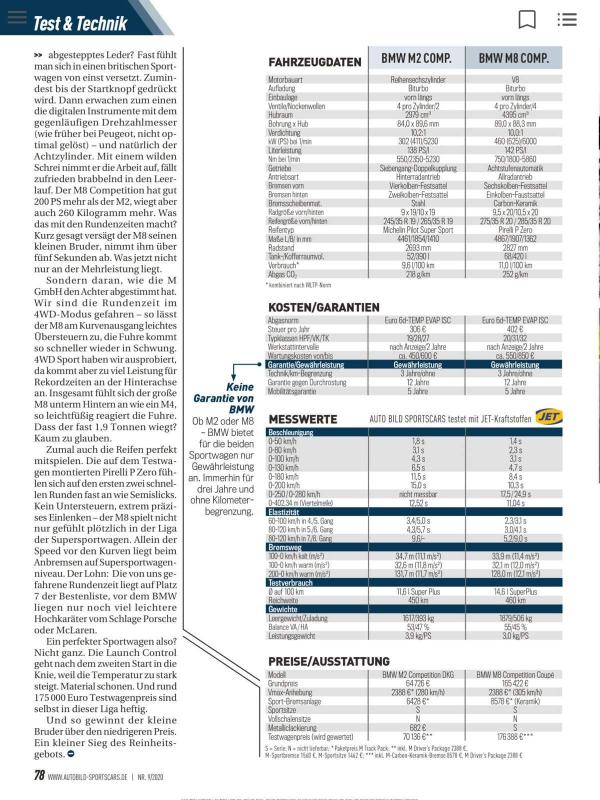 The problem with posting acceleration and 1/4 mile figures from American vs European tests is that the American testers use roll-out which also improves the 1/4 times ie. generally 0.2-0.25 sec so the 10.7 sec 1/4 mile American figure equates to 10.9-10.95 sec European. Most peeps are totally oblivious to this fact which results in arguments among posters. The easiest way of dealing with this anomaly is to add next to the "Acceleration (mph) heading, "American test roll-out" and for "Acceleration (kph) "European test no roll-out" :)

A drag race between a BMW M8 Comp and BMW S1000RR motorbike. What i found interesting was that they tested the M8 0-100 km/h in different modes so in comfort mode it was 4.5 sec, in sport mode 4.1 sec, with limited stability 3.9 and finally with launch control 3.4 sec with wheelspin. They used Heathcote Raceway which didn't have prep and was slippery hence the slowish time with launch control. The S1000RR had traction problems getting off the mark hence slow 1/4 mile times.

If M5 Comp test figures are to be believed, the M8 should be capable of a 2.6-second 0-60mph sprint, two-tenths quicker.

I am noticing that Autocar magazine are going to publish a full 8 page road test of the BMW M8 convertible next Wednesday 5 April 2020. It should be a goodie! Please note it is the convertible and not the coupe. At the moment the convertible is the most expensive BMW.

This is a nice car. I like it. I only wish they had made a hardcore version of the M8, with a stripped out M4 GTS-style interior, keeping the AWD and Read wheel steering, and swapping in a lightweight version of the V12 with 750 horsepower. But this is fine, because it looks great, is pretty fast, and is also probably super comfortable.

What a beast this car is. 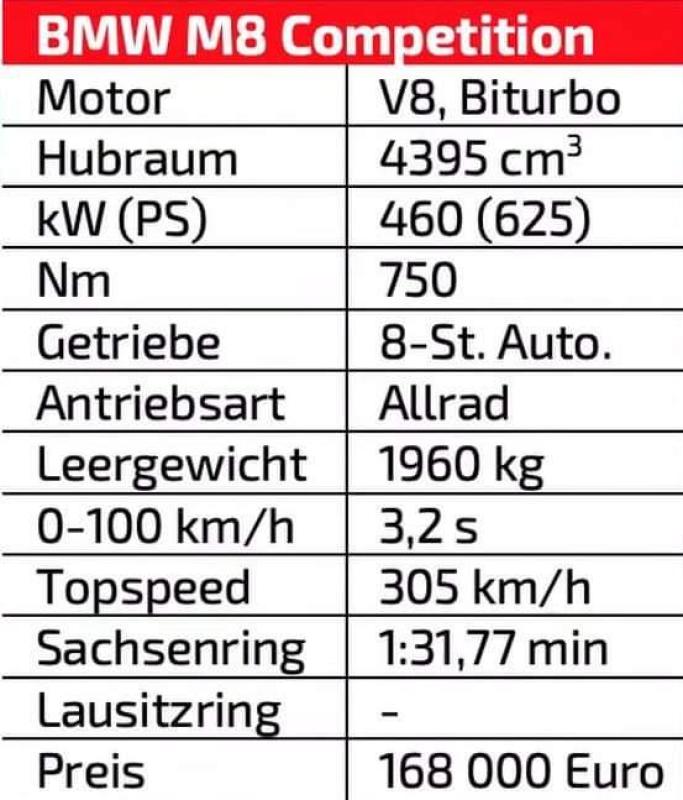 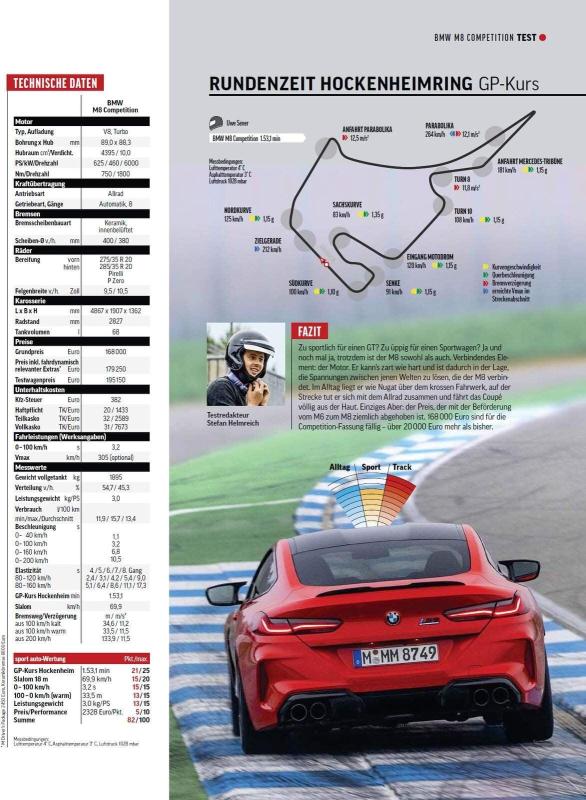 Not perfect conditions so better times should be set in near future.

rumors say that this beast did 7:21 on the Nürburgring 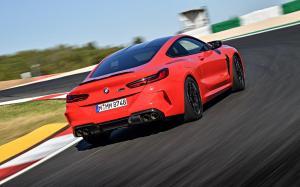 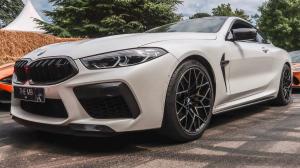 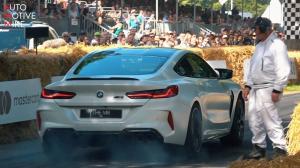 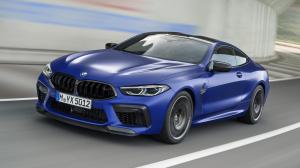 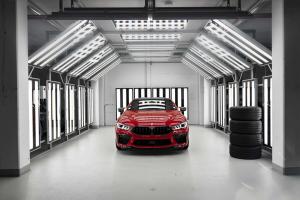 To be fair though, midsize and full-size performance SUVs are the modern REAL (REAL ...