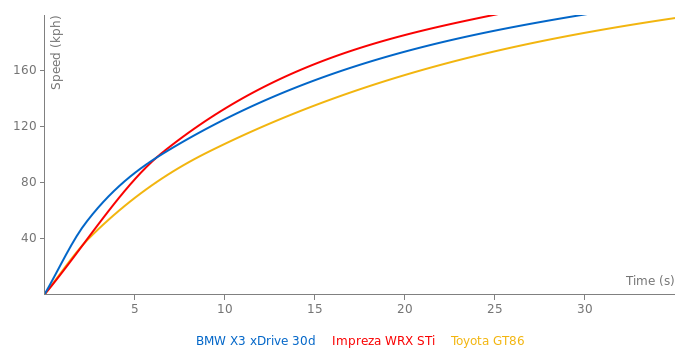 That's what happens when you drive a German car that is turbocharged.

It's because for one BMW's diesel makes plentiful of torque, and secondly the automaker (especially post 2010s) is well known for underrating power outputs. Same with other German automakers.

Automakers that go by SAE policy, i.e. Ford, Jaguar, tend to be realistic with (or overstate) their power outputs.

Well you only need to look at the differences between many of the figures ...

I wish they indicated it somehow because now everything is just messed up in ...

That’s literally where rollouts came from. Drag strips. You can start accelerate before the ...

:) Ha, both Dragy and VBox have roll-out capability if one chooses to use ...

Don't smile at me like that lol Also does dragy include rollout as well? ...