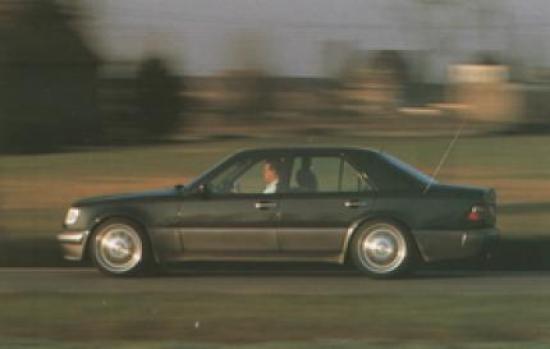 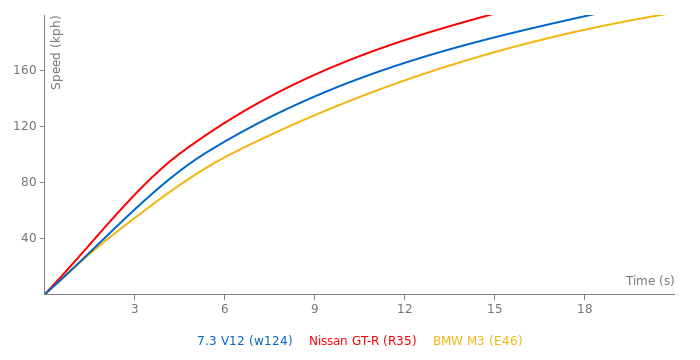 Damn. They stuck a Pagani Zonda engine in a sedan?

@svxSTi
That would sound more than fantastic!

I would love to put a Zonda exhaust system on one of these similar motors.

its a wonderful car!!!!!
this one has got the real power
truly amazing

does enyone can give me true info for brabus w124 mass?
i think about 1700 kg

well RWD,engine location:front and a lot of hp..i think you need to be careful with this car when driving fast..it\'s heavy and powerful..

Oh, I know from experience that a W124 E-class would easily destroy a Seville on a track. The Seville handles like soap in a bucket of water, it\'s impossible to control.

ok man ,you won,but still the german car would own the american car on a track :D (the cars you mentioned).
And yes i know what you said about police tactics etc.
But we should stick to the topic though.

Sorry for the rant. I find misinformation and bias incredibly annoying.

Crown Victorias aren\'t meant to be quick. They are meant to be durable and strong. Where I\'m from is irrelevant. Assuming you aren\'t from the USA, you wouldn\'t know that most police forces have cars designated for high speed pursuit other than the crown vic. You also wouldn\'t know that it\'s a police officer\'s job to stay within a safe distance of a high speed assailant and have a chopper follow overhead. One lunatic at 150+mph is more than enough. Police officers depend on their radio and road blocks to stop high speed chases. Actually, some states and counties have no chase policies entirely, to avoid possible innocent casualties.

As you can see, both cars have a V8 but the Cadillac weighs less despite the fact that it\'s significantly larger.

Make no mistake, I\'d sooner own the E50 over the POS SLS, but it shows that American doesn\'t necessarily mean heavier.

Calm down and stick to the topic.

EXCUSE me...Crown Vic wasn\'t meant to be quick? i saw a lot of videos on youtube and TV showing american police Victorias going FLATOUT in the highway..trying to catch criminals etc..the cars failed to catch anything but the radio won haha .Hey i bet you are american.Please don\'t get offended by my posts.I don\'t intend to offend you.

First of all, the 1997 Lesabre weighs 3441lbs. http://autos.msn.com/research/vip/spec_Exterior.aspx?year=1997&make=Buick&model=LeSabre&trimid=-1

As for the Crown Vic, it is a full size body on frame sedan. It's nearly 25 inches longer and 8 inches wider than the this car. It was also not meant to be quick, anymore than your diesel was meant to be quick.

There are lots of stigmas attached to American cars. Europeans love to use them to put down American cars day in and day out. I get it. Fact of the matter is, many of them are inaccurate. This is particularly true when you compare present day cars.

and the Merc doesn;t have 2 tons..300 kgs are a big difference..if it WAS an american car then 2000kgs would be possible haha

oh shit my mistake :D i knew all big american cars are V8s forgot about V10:P

chill man :P i said it reminds me because of the huge displacement .i know old american cars are shit.V6 and V8 engines with 4000cc barely beat my slow Golf haha

This engine is the same as in Zonda.

I cannot really comment... This car leaves me speechless by just looking at the photos. A piece of heaven on wheels.

Someone need to update the displacement, it says 7300 liters.
I like W124 cars, although I prefer the two-doors type. 500+bhp is more than enough. Cool. 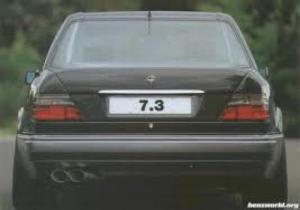 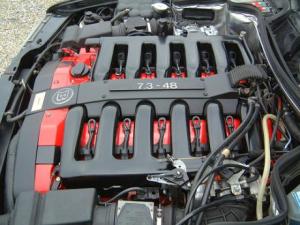