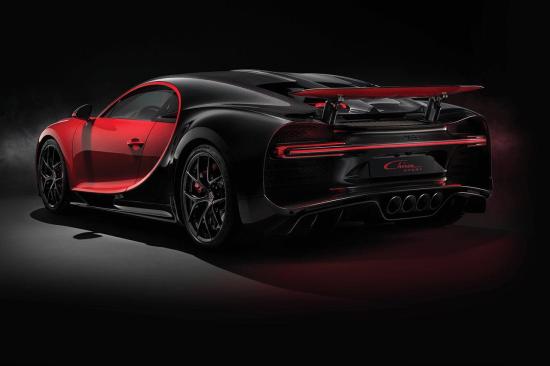 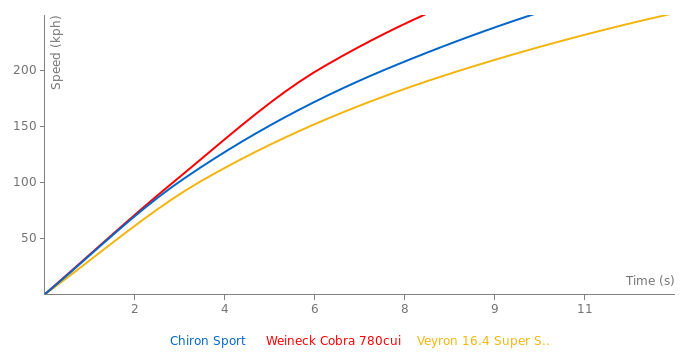 My estimations show that a standard Chiron can lap around the 'ring in 7:02. It's slower than a Dodge Viper VX I ACR and barely faster than a Chevy Corvette C7 ZR1, but that doesn't mean it's a slug. In fact, Bugatti created the Sport version to improve on its enhancements. It's basically Pur Sport lite. This is actually even lighter than the Chiron and possibly on par with Pur Sport (in my theory anyway) because it doesn't contain that crazy exterior downforce kit. Bugatti just chooses not to say HOW MUCH lighter the Chiron Sport actually is compared to the Chiron because they want to keep THAT part a secret ;)

Delete this or redirect it to the original Chiron page. It's not significant enough to separate and it has the same exact identical powertrain. The Sport version only has a lighter chassis.

Notes~ Car and Driver Magazine BCS figures INCLUDE rollout the speedometer readings do not.

To~ 400km/h she could be 4/5/6 seconds quicker than the standard specifications Bugatti Chiron.

32.6~ 6= 26.6 seconds as a very quick off the cuff calculation. Still quicker than Bugatti states!

LOL!, I'm sure she's good for a whole lot better, but perhaps not the 22/23 wed or should I say I originally calculated, but they WERE based on Ehra-Lessien benchmarking.

@Hopplemoppel123, mate I know the above figures are from the Car and Driver Magazine Bugatti Chiron test last year. But are ALL those numbers from that test? I mean I saw saw basic numbers to 60, 100MPH but don't remember ever seeing a complete set?

Also where's the 0-190MPH number? Have you got the scans? Please!

Both calculated by the software~ NOT my numbers

There are Sources stating that the C/D figure in top speed mode is actually 0.35 and I'm sure I've read these factors before.

So assuming EVERYTHING as above it would yield @298MPH!

These are CALCULATIONS and things like Weather will play havoc with these numbers. These are THEORETICAL too, real World application would usually indicate slightly lower speeds.

But after taking in recent new information and factoring it in to the above, I am CONVINCED at Ehra Lessien the standard specifications Bugatti Chiron would best BOTH the Koenigsegg Agera RS and the the SSC Tuatara current productions record. No doubt about it, but I am NOT stating it will accelerate as quickly as those cars. Talking strictly top speed tests. But it wouldn't be by a huge amount. It'd be very tight indeed.

This research is ALSO indicating that the decision to implement the Supersport project was critically correct. And factors such as power, aerodynamics and longer gearing were definitely required.

Bugatti managed a 299.9XMPH and a 304.773MPH with the pre production prototype. It would have been VERY difficult, but I believe Andy Wallace could have piloted a two way average of just over 300MPH. But obviously not 500km/h.

Anyway enough. I just had to get it all onto "paper", my notepads were getting full!

(*mistakes occur and are accepted and corrected.)

And this will be my LAST set of calculations for the base specifications model. There's nothing else to state.

Edit: I've said what I need to state on the Bugatti Chiron Supersport/300+ top speed also above.

I'll be focusing on acceleration for the SS as she nears production completion.

"The Model S Plaid is quick. How quick? With a 9.4-second time slip, as quick as the Chiron, but the EV traps slower at 151 mph. It's worth noting that we test cars—EV or gasser—with a full tank, so there's a chance the Chiron could burn through enough fuel to unify the quarter-mile title. While internal-combustion cars can get quicker as they burn off fuel, no EV will as its state of charge drops. And we don't bend testing protocols to suit a car. Now we just need to get our hands on a Rimac."

Quote>"The historic city of Manchester – England’s second-largest – is the country’s northern hub of innovation, art, and music, renowned for its architecture and diverse population. It has long been a melting pot of excellence; birthplace of Alan Turing and Emmeline Pankhurst, and home to two of the world’s most famous football clubs. Now it has welcomed Bugatti as the French luxury marque establishes a new physical presence in the region."

Molshiem comes to Manchester. A must visit!

Hand out the tissues!
There are only 40 Chirons left for sale
Sniff sniff

190MPH in the 1/2 standing mile. Rolls Royce hypercars. And I've just realised who the owner of the car is! Hahahahahahaha!

Quote>""Porsche is currently preparing a partnership that’s going to be under discussion with Rimac, and Porsche will be taking care of that," Diess told watchers of the Volkswagen Group’s online media conference earlier this week. "The whole thing isn't yet finalized. What we want to do is transition responsibility of Bugatti to Porsche, and Porsche in all probability will establish a joint venture with Rimac, with a minority share of Porsche."

Now HONESTLY this makes FAR more sense than the original (that I knew were bullshit anyway as Volkswagen or Porsche or Bugatti or Rimac said NOTHING!) rumours last year. Think of the possibilities for Bugatti under Porsche's direct control! For dynamically advanced cars! Synthetic fuels to increase the lifespan of the W16's. Electric architecture and even platforms from Rimac!

Now THIS as a Bugattisti I can definitely very much welcome!

Quote>"I think it could EASILY go 440km/h or 450km/h , Winkelmann told CarAdvice at the Monterey Car Week in California."

That's a direct quote from Stephan Winkleman current Bugatti President. I'm not arguing with those figures. :)

And he stresses the word EASILY so there's definitely more in the tank. :)

This is the closest you'll get to something resembling an independent test of any Chiron. You gotta love the tape covering the dials to ensure you don't get max power JIC it crashes lol

Why the image looks squashed 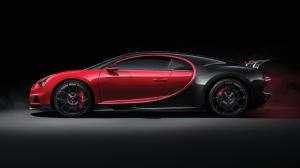 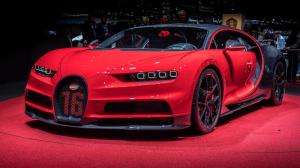 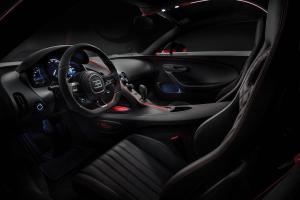 This is the first time I've ever compared any Hennessey Venom to anything. Look ...

"assume you know absolute 0 thing about cars and racing." lol ...

Well yes definitely but it's modified vs stock production! There's a ...

Now THIS is a Ferrari SF90 Stradale competitor!

Size aside, this is an ideal rival for the Nissan Skyline GT-R.

Maybe GVWR do some STR😂IN? As far I remember Veyron has load capacity of ...