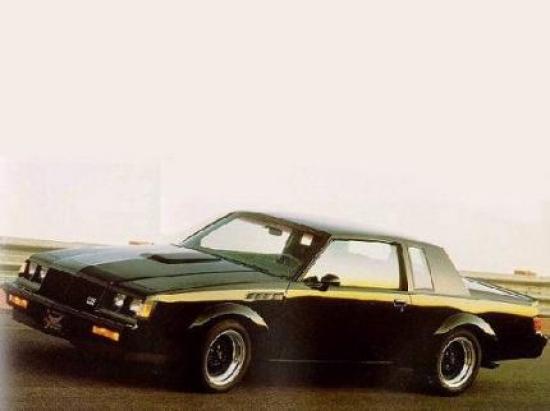 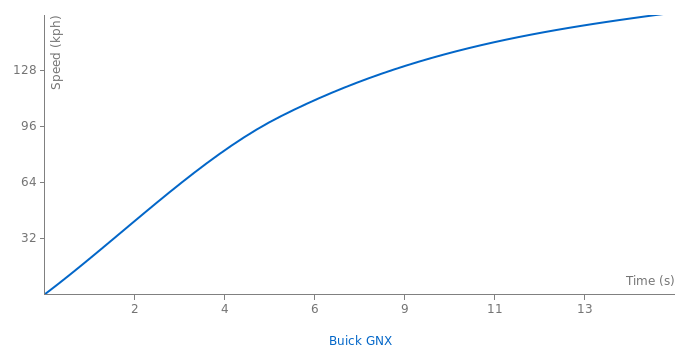 Contrary to popular belief, the Buick GNX was never designed to be a "muscle car". It was relatively "cheap" (compared to other cars with similar performance), and it was different from most of the other US midsize coupes in that it was very fast with a very low-quality (even for its time) interior. It's still a personal luxury car, a middle-ground between the Mercury Cougar XR7/SC and Lincoln Mark VII LSC 5.0 HO.

Even with its very high "turbocharged" performance, the V6 engine is the personal luxury coupe's absolute biggest disqualifier from competing in the muscle category. To put up with forced induction from only 6 cylinders to compete with V8s is considered "cheating" in the Muscle Car World (MCW).

No matter the power or even the torque, a "muscle" car must have a V8, V10, or V12, and not even just that. The engine displacement must be greater than 5.5L if powered by an OHV, or 4.5L if powered by an OHC (using both of those numbers average 5.0L, which is typically the minimum for a muscle car to even compete).

A muscle car engine cannot displace "just" 4.0L (even if those four liters are packed with a V8) because that sort of displacement is synonymous with many 6-cylinder and some smaller European V8 engines, and a 4.0L V12 will either be weak in the torque curve or way too high-revving.

The FASTEST car built by Buick.

I would choose this baby over any of the fancy brands.

Had a GN for 12 years. Stock hp# are about right. Here's the thing, turbo buicks are very easy to "turn up". Plus look at the torque the 3.8 sfi turbo makes. Let the engine breath better, a chip and traction, and it's a real heartbreaker.

The only bad thing is it was only available with an automatic transmission and only in one color, but at least that one color is black, the most awesome color for a car.

I want to add Pursuit Special version but every time I want to add a new car, it said duplicate key url entry.

This was the last cool Buick. After 1988, Buick started building grannymobiles.

This car having more power than claimed is possibly the worst kept secret in automobile history.

The true GNX was designed for the FBI as a discreet chase vehicle for sting operations. The whisper-quiet TURBO 3.8 v6 was under-rated, the GNX version made about 380hp/450 lb/ft tq....there is your answer to the motivation of a 3600 lb BUICK.

O ok, and we all know about those japanese cars:) and any knows pr guesses on how much this car has??

stock the car had more power than manufatur claimed... happens all around the world for different reasons. In the early 70´s normal in the USA to underrate the muscle cars for insurance reasons, sometimes manufactures underrate cars to go around new crash tests with stronger engine versions. Porsche did that once with the 968 Turbo S..they did not want to do a new series of crash tests for a 15 cars limited special edition... so they rated the power at 305hp... not a single car left the factory with less than 350hp.
Japan has the 280hp limit and it is well known that many JDM models in the passed had up to 340hp and more..

what do ypu mean by underrated??

considering the year and the power and the weight, why or how is this thing so fast?? and its a Damned Buick!!!

I have dealt here with far worse than vampires...

He's a good Christian boy, he need not fear anything! Especially a keyboard vampire! ...

Same could be said about the transition from the Carrera RS ...

Cross your heart and hope to die? That's not gonna work, ...

There are none. We all know it has been photographed on ...

He is citing well known scientific conscensus that does not need ...