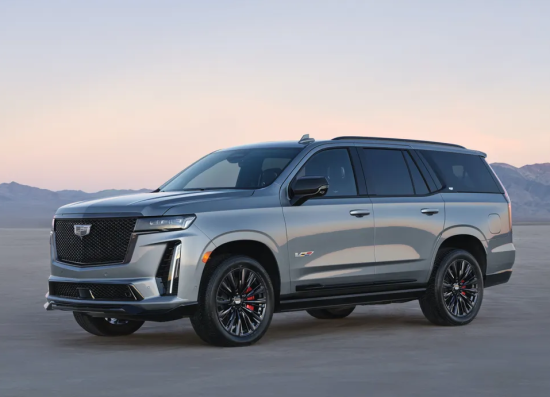 All this power and it's still barely faster on a dragstrip than the twin-turbocharged, two-wheel-drive Lincoln Navigator. It's a clear disadvantage of supercharging versus turbocharging. 1/4-mile in 12.7 seconds at 110 mph for the Escalade-V versus 13.1 seconds at 104 for the Navigator! At least it comes with the fun factor that the Navigator will never have!

Contrary to popular belief, it's not a fighter in the performance SUV segment. But it's still a BEAST in the underdog non-European full-size class, and the upcoming Lexus LX750h F Sport will play swords with this steroidized Yoda in the next Star Wars film!

To be honest, Cadillac's "V" version is just an LT4 version of the outgoing L87 model which was significantly lacking in performance compared to the EcoBoost Navigator, as well as the Hemi and Hurricane Grand Wagoneer models. Unlike with the German SUVs, there have been little to no physical exterior changes to make the Cadillac better on the track.

Cadillac's Escalade-V isn't a GLS63 or XB7 rival, don't think of it as that even with this extra power. It's only become a thing because Cadillac wants to remain King of the Hill in the segment.

The Cadillac Escalade-V is literally the second most expensive vehicle ever made by an American automaker (next to the first-generation Ford GT), excluding those made without UAW contract and assistance.

Interestingly, the Tesla Model X Plaid costs less and isn't made with UAW help and partnership. But to be fair, Tesla is not a luxury brand. Cadillac is.

Camaro/Corvette, Mustang, Challenger/Charger/(former) Viper, and I would also like to give an HONORARY mention of Navigator and Grand Wagoneer are the other performance vehicles made the same way as the Escalade.

The V-Series is in the same pricing ballpark range as the Alpina XB7 and the Maserati Levante Trofeo, and pricier than the AMG GLS63 and only barely cheaper than Maybach GLS600.

Another interesting thing to point out is that the GLS63 is also made with UAW influence in Alabama, but BMW's South Carolina plant is highly anti-UAW.

The massive problem with building an American car in a non-UAW plant is that it jacks up the price of the car due to increased time in design and assembly. Ford made that same mistake with the 2nd-gen GT and Multimatic forced Ford to raise the price on it, unlike when Saleen helped Ford with the 1st-gen GT.

Due to being built in a union plant, the AMG is cheaper than both the Alpina and Trofeo, and at the same time, more luxurious and comfortable than both as well. Same can be said about this V-Series truck. They would cost a little more than the Bentley Bentayga Speed, perhaps closer to Ferrari F8 and McLaren 720S supercar territory if built outside of a union plant.

EDIT: Don't take my word for it (above). The Aston Martin DBX707 starts at $236,000 and the Lamborghini Urus starts at $218,009. The Bentley Bentayga Speed costs $259,400. Literally all of those prices are higher than the Acura NSX Type S and Porsche 911 GT3, and on par with the Nissan GT-R NISMO, Ferrari Roma, and Lamborghini Huracán EVO.

Another thing to note is that the Escalade and GLS are beautifully handcrafted with a higher luxury-to-sport enhancement ratio, while the X7, Levante, and Model X are more sport-enhanced. The V and AMG versions are focused on building muscle AND burning fat, while the Alpina, Trofeo and Plaid versions are focused just on burning calories. Basically, moderate eating habits (Cadillac and Mercedes) versus strict diet plans (the rest).

Corvette is half the price of 911 with identical performance. Also, the quality in both the Corvette and the Escalade are SURPRISINGLY GOOD for any American car, let alone a GM product. 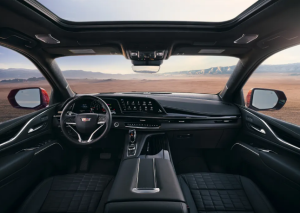 You see I was right when I said Cadillac was on par with Maserati ...

The 919 is race car version of a Prius with Hybrid Technology.