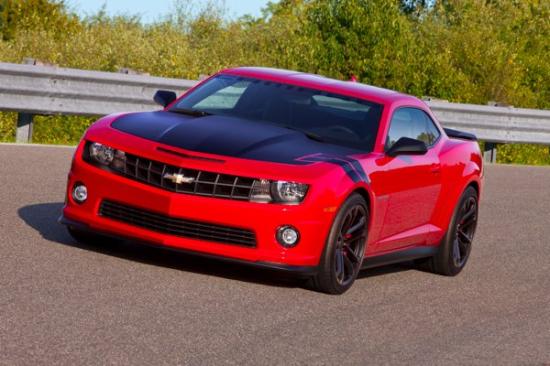 Mental, seriously? A Camaro 1LE, and a Boss302 and they didn't provide any data or even a video? Magazines should be fined, or punished in some way for stupidity like that... haha
Yeah I think the general consensus is that even a 1LE can lap faster than a Boss302 LS. Just gotta wait and see what the blue-oval boys can do with the next generation 'Stang!

But that's no a Roush Mustang; that's a Boss.

But unfortunately, there's neither video, nor test data. But I know at the track Camaro 1LE outperforms the Boss.

Mental, sweet pic where did you find that? A '14 Camaro 1LE with a Roush Mustang racing each other?
That has to be a good comparison! :)

Hmmm, is the 1LE package available for the facelifted 2014 Camaro range?

Camaros have always offered a lot of performance for the price.

@Buddie05, too true man. $37k is cheap for the numbers this thing puts down.
...Also, can someone update the curb weight, it's: 3860 lb(from MT article, link below)
http://www.motortrend.com/roadtests/coupes/1303_2013_chevrolet_camaro_ss_1le_ford_mustang_gt_track_pack/viewall.html

The 1le's curb weight is 3875 pounds this can be verified by car and driver can someone please update it?

It would have been nice to see the LE-1 run the same track length as the rest of the vehicles on the list! 1.55 miles vs. 1.8 miles heck it should be quicker. GM is failing with every step!

@Mental
the biggest different are for sure the tires /wheels specially at the front axle... 285 vs 245 makes a huge different in
a) stop performance
b) traction
and 285 in the rear for the 275 get the power better to the ground
c) Good Year Eagle Supercar tires are something different than the standart Pirelli

@Capn Quick
The suspension was reworked with the 2012 model. The technology and experience from ZL1 northloop testing watered down to the normal Camaros, have driven the old 2010 and the new 2012 suspension on the Camaro SS and the different in handling communication between driver and car is giant. The old was bit wobbling at the rear and to soft and did not feel well at high speeds, the 2012 is firm without being harsh and has a very good high speed stability ... it is big fun on the Autobahn :)

@Mental
The 1le has a completely revised suspension and actually weighs slightley less than the SS which has also had some light suspension revisions since 2010. Its got stiffer sway bars, monotube shocks a lighter carbonfiber hood a splitter and wider front tires and a more aggresive final drive gear ratio. With the time Chevy posted it makes it faster than any mustang ever around VIR

If any another car would be tested round the track like this...

Actually I wonder what lets the 1LE be so faster than the "simple" SS, tires? Cause engine is the same, curb weight - the same, aerodynamics - the same, gearbox - the same; suspension, brakes? If only tires, then I really don't see the sense of the 1LE as an another model. Or maybe the car is a more performance beast than it's claimed?... something not clear...

Not in there Lightning Lap test, i ment the Chevrolet Manufaktur test.

@BR2
Not sure why they didn't include the 427 Vert, but the Z06 wasn't allowed as per the rules of the competition. I believe the Lightning Lap is the same as Motor Trend's Best Driver's Car, in that only new cars or cars that have had significant changes in the model year are allowed in. That said, cars like the Z06 and GT-R were left out because there have been no significant changes since the last time they ran(Z06 in 2011, GT-R in 2012). Of course, people don't seem to realize this, and there's no shortage of GT-R nut-swingers raging about it on C&D's website and their YouTube videos.

It's beginning to look like a better bargain, Chevrolet is about to introduce a new generation faster standard Corvette later this year and they're making the Camaro faster, while keeping it cheaper than the Corvette.

Ok now my YouTube is working, so i added the Laps of the 1LE and ZO6.

Im curious as to why they didnt test the ZO6, and maybe 427.

And can we change the Pic up there to an actually production model, IE the Yellow on on the side? and the name SS 1LE instead of just 1LE.

@BR2
Depends on the circumstances, really. There's about a $33k price difference between the 1LE tested by Motor Trend and a standard Z06. If you bought the parts yourself and had the know-how and skill to properly install them, I think $33k would be more than enough to bring a 1LE SS up to a Z06's level in all-around performance. But professional kits would probably end up doubling the price of the car(it's the labor costs that get you).

Personally, I'd probably go with a standard ZL1 and slap some R-Comps on it. That would probably bring it right up to a base Z06 on a track(though it wouldn't really help on the straights), and you'd still have some $20k left over for whatever else you wanted to do.

It's actually pretty surprising that GM would let the Camaro get so close to its halo car. But, then again, the C6 was already on its way out when the ZL1 and 1LE arrived, so maybe GM doesn't care that much about preserving the C6's image at this point.

Cars are getting heavier these days, especially Italian Cars.

But also Usually lighter materials cost more money, but in terms of Chevrolets exp, i think it would come to little to no extra cost, hell maybe even lightening the cars could make them worse(Balance/distribution over tyres) doubt it thought, but i am surpsied the ZL1 and Vette actually got alot faster while actually adding weight rather then taking it away....

@BR2' certainly both Chevys are excellent bargains. Great track cars, yet useable everyday. The cars are getting heavier. It seems that the designers didn't get the Colin Chapman memo on adding lightness.

I also noticed on MTs Lighting Lap this year, the cars tested were the HEAVIEST recorded so far, some even being 200lbs heavier then previous tests, which i thought was quite strange. on another note..

It may be possible(Probably not though), the Camaro SS 1LE could be a better bargain the the ZO6?...Thoughts?

@Phav, Hell No, Im just curios as to where it is.

@TWR yeah definitely add the lap time. I like the Car and Driver lap times because they are done by skilled amateur drivers, and they do it over a weekend. This makes comparing cars rather fair since they are on a level playing field. However Car and Driver said that they made a mistake on their best lap which probably cost them over a second, and they thought that given more time that a sub-3 minute time is certainly capable in this car. So a 2:58 is possible, just make sure to cite your source when adding it. 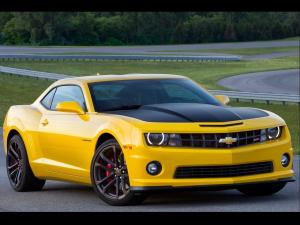 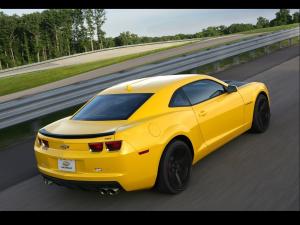 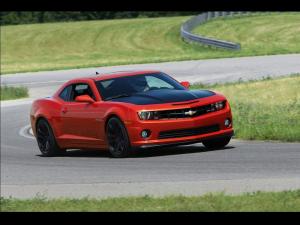 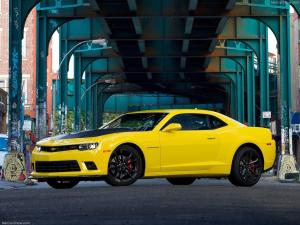 I spoke to one of my friends that works at a dealer and he ...

I do not care what the verdict says, to me it will always be ...

Says who FLTmongy? A nobody non poster likely replying to his own comments? You're ...

If there is someone to blame, it's Shwingblob 👊

"Keep in mind all testing so far has been done with ...