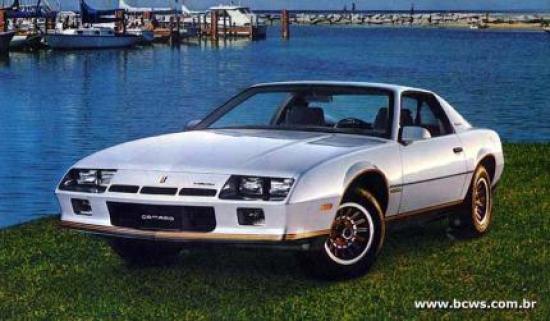 Not a full framed car so it can't handle alot of tourque but the 305 was built for economy but with a simple cam swap and intake and carb you can almost double the horse power.The car is light so its quicker then you think. cheap hot rod fun to drive and still turns heads

You're not gonna double the horsepower on a Chevy 305 with a cam/intake/carb swap. Third gens will nonetheless greatly benefit from some basic upgrades, especially upgrading the tiny ass exhaust in the Firebirds.

Speaking of which, there's no way the torque figure is right. Should be 240 lb/ft.

Not a full framed car so it can\'t handle alot of tourque but the 305 was built for economy but with a simple cam swap and intake and carb you can almost double the horse power.The car is light so its quicker then you think. cheap hot rod fun to drive and still turns heads

Oops, the torque number is wrong. I hadn\'t noticed it before, I believe the 240 number should be its lb/ft although I don\'t remember. The 190 hp is correct at least.

I am glad that we have some lap times for this car. The Chevy 305 cu in engine was hot stuff in 1982, it had 190 hp in a time when the Mustang GT only had 157 hp. Even Ferrari had only 205 hp in its contemporary 308 GTS. The late 70s and early 80s were dark times for horsepower junkies, but some of the cars of the time like this Camaro started to develop decent handling traits. I believe the Z28 won some contemporary best handling car contests in magazines like Car and Driver in the early/mid 1980s. You are right of course the main picture is of a Berlinetta model, the red Camaro looks to be a Z28. The Z28 looks okay to me.

I knew something wasnt right with the pic. I dont understand why the front end is all jacked up.

They are ugly cars, but not that damn ugly!

That\'s because the one pictured is a berlinetta with the iron duke 4 banger and not a Z28 I believe.

The one in the picture is really ugly. For some reason the front end is jacked up in the air. In person they look a whole lot better.. but they still arent pretty.

If you look at the other cars of 1982.. this thing looked like a ferarri lol. Just doesnt look nice beside a modern car made 30 years later.

wow i can tell that u dont have that much of a taste in cars.

Why would you even bother on commenting on this car?

i have the 82 z28 pacecar looks completely different.but the305 crossfire aint that fast.im still workin on it though

the picture at the top of this page is not an 1982 Camaro Z-28. It is the mid line Berlinetta Coupe it came stock with a V-6 and a stalk mounted Blapunkt radio with the glod stripes at the bottom. The picture at the side of a red camaro with the Z-28 body kit is the Z-28. It came with 305 V-8 In case anybody remembers the first SS Monte Carlos I have a story to tell you about a real 82 Z-28. I ordered a Z-28 in '82 with the 4bbl and 4-speed manual. All the car magazines raved about the automatic with the electrc throttle body Fue injecting testing the faster than the 4bbl manual. When the SS-MC came out they tested faster than any Z-28. Well to show you shouldn't beieve everything you read, I worked at a Chevy dealership when the first SS-MC was delivered. The salesmanager challenged me and my 82 Z-28 to a race. i said yes feeling that I would be 2 because of all the Magazines. Well it wasn't even close, the slowpoke Z-28 beat the Shiny SS-Mc by 4 or 5 car links. My Small block Z-28 as some of you tiny 4banger owners should know never lost to any thing but a Big Block Mopar on the track in the quarter mile and had a top speed of 163 MPH. If I keep hearing these unknowing remarks It Will Return to the Streets Faster than before.

LOL CMooonn dude, u really believe that? lol sorry dude, but imma have to whail on this car, it looks like somthing i did in the bathroom this morning lol then and now lol

Yeah, stop talking crap about this car! It's a classic! Without body kit loocks great!

Thsi car was shit bach then and is shit now, get over it. 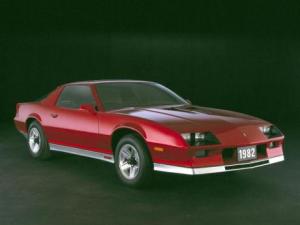 @fastestlaps please move this test to this car: https://fastestlaps.com/models/nissan-370z-nismo the 370Z Nismo had 344 ...