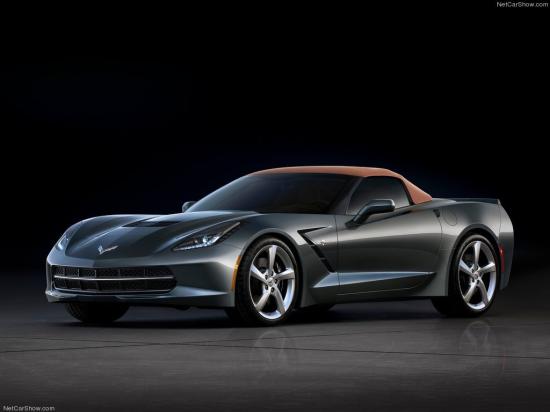 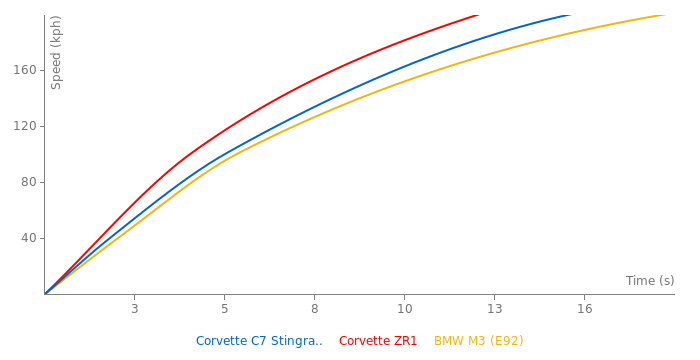 In most countrys yes, On The 'Base' Model its usually not as big a difference, the ZO6 and Up get the Much heftier taxing, which is a shame, but European cars are getting alot more expensive thn the Americans,

American cars for America are the bargains, Corvettes are still bargains any where, but not nearly as much there, Spains Vettes arent cheap, Germanys are so so, UKs arent too bad, but i do wish we could all share the same wonderful bargain price as the US.

Also, Seems i was Quite wrong in the Import Tax know compared with 9 years ago, the C7 StingRay Z51 now starts at £60,495 Here in the UK, Which is rather surprising, €69,090 in Germany/Croatia/France/Austria, and €79,900 in Italy n France, So, atleast for this Generation the price is alot higher in comparison then the last C6 Vette, Starting price from 40k to 60k Now lol

On the base model Corvettes, We Europeans have the same bargain as the Americans, or atleast the last C6 was, It started at £40,000, So unless theres a Heavy Import tax like on a ZR1, i don't see why the C7 StingRay would get a big leap in price, or atleast here.

I do like the C7 convertible. I had good times with both of my previous
Corvette convertibles. Maybe one day I will make enough money again to afford another.

May I ask, how expensive is this car? :3

Wow, the new C7 is amazing.

People who can efford this car shood think two times and instead give there money to me.

Convertibles usually are heavier than coupes.

@Mental
I think Car Magazine got a little confused themselves. The 45kg thing is most likely talking about the chassis itself, which is, according to GM, 99lbs/45kg lighter than the outgoing steel frame in the base C6 cars. But according to the info that has been given out, it seems as though all the new tech, the interior and the heavier steel torque tube virtually cancel out the weight savings, making for a C7 that's likely not going to be significantly lighter/heavier than the C6.

A lot of guys over at the Corvette Forum were/are throwing a fit about this very issue. Perhaps understandably, as we were all but promised a significantly lighter car. But the engineers have stated that they're still looking for ways to cut weight(which I hope they can do without increasing the price). Even so, I still don't expect the Stingray to be that much lighter than the C6, especially in convertible trim.

Argh, Carmagazine got me confused with the weight measures... "45 kg lighter than the outgoing C6 Convertible"... I wonder they've known that number, but didn't point out the curb weight... And why it's not informed officially...

Get rid of the Power figures, No Official Bhp or Torque number have been released, Nor has weight.

I dont fkn no why, thats usually the 1st thing to get released.

I dont care for drop tops, but this is one of the "Very Few" ca thats shape isnt ruined with being an ipe top, The 911/SLS/430/Corvettes those cars are open tops, and didnt have there shape ruined, and this is along with them, but i like the hardtop beter

I'm with CoolShirtGuy, this is a great looking car, but I prefer a coupe, in the convertible's defense, it looks like a blast to drive.

Never really been a fan of convertibles. I understand the appeal, but I'm a track junkie, and all a Vert means to me is extra weight and less chassis rigidity.

And speaking of weight, you're way off the mark with the weight you've listed, Mental. At 3142lbs, it would be lighter than today's standard Z06, and that's just not possible. Official figures have yet to be released, most of what I've heard and read seems to indicate that weight savings are cancelled out by the new tech and interior, meaning the Stingray will probably be around the same weight as the base C6 Coupe +/- a few lbs. I wouldn't put the C7 Coupe at anywhere under 3200lbs, maybe even at the higher end of that range. So the Vert will almost certainly be well over 3300lbs, probably closer to 3400.

The new C7 Convertible. And I'm excited with this one! The convertible looks more impressive than the coupe. By the time, to be honest, I gotta loved the front and the side view even more than C6's! Beautiful. But in the coupe form the rear shape still looks awful to me. But being a convertible even that ruined before rear view becomes pretty good! It looks more proportional, elegant and classic. I like that woven top. And what I just love - its rims. They're so nicely designed, classic. They remind me 90-ties Porsche's rims.

So I would take a Convertible over a Coupe any day, simply more beautiful, fresh air, more gorgeous sound... 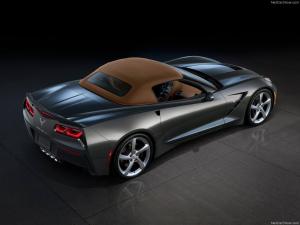 A Chiron is easily 400kg lighter than a Bentley. Your logic makes no sense. ...

Not on the street it doesn't, the SF90 will match or even beat the ...