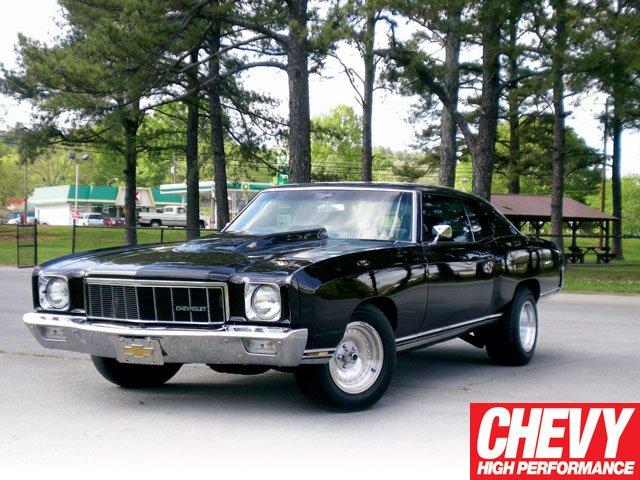 If u put a ZL1 cam in it you will not know what to do with all the power. Naturally u will need more gas and spark lol

This is what wikipedia said:
There has been no documented case of a 1971 Monte Carlo SS car with the 425 hp (317 kW) LS-6 version of the 454, with solid valve lifters and a longer-duration camshaft, previously found in the 1970 Chevelle SS 454 (where it was rated at 450 hp (336 kW)); however, they did come with an LS5 454. The Turbo Hydramatic officially remained the only transmission for the SS, but a heavy-duty clutch option on the order form suggests that it may have been possible to special-order a 454 LS-6 with a four-speed manual transmission (the four-speed wasn't listed officially as an "SS" option but was available as an RPO in regular Monte Carlos with the 350 and 400 engines). The exact number of such combinations, if any, is unknown since they were not officially listed as factory options but possibly assembled through Chevrolet's "Central Office Production Order" (COPO) process that had previously made possible model/engine combinations not officially available. However, there has never been a documented case of such a combination. Chevrolet records indicate that the factory only installed the LS-6 installations in Corvettes that year.

Have you got a link? Sounds too quick!

There are so many awesome things to live for, why would you do that? ...

If I had a Bugatti I would test it myself and publish the results ...

A bit sluggish but not too terrible.