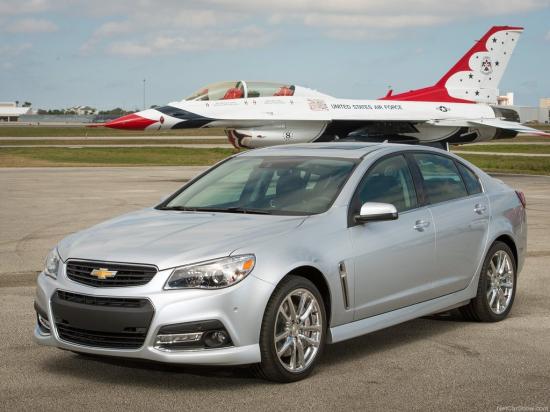 BMW 550i vs Chevrolet SS

Although I didn't include the Chevrolet SS into my database since I thought it was the same car as the Pontiac G8 GXP (spoiler alert: it really isn't), I found out that it's actually a bit more aerodynamic than the G8 version that it replaced. Contrary to popular belief, it is not a leftover engine, it happens to be rated the same as a G8 GXP solely because GM has wanted Chevrolet to focus on economy cars and let the two-door cars be the high-performance cars, and let Cadillac focus on the super sedans.

This is all from my critical thinking skills, but the LS3 SS has (in the real world) +15% compared to the LS3 GXP in overall engine output (we'll go with 18% for the horsepower rating and 12% for the torque rating).

Although these stats are technically based on my TorqueStats and HPWizard figures, I went north and calculated with the new percentages on my own for the SS. 15% divided by 3 is 5%, so we should see 0-to-X acceleration and figure-8 stats change by -5% for the SS (-10% in the 0-150 stat and +10% in top speed) versus the G8 thanks to improved launch control, dynamic modes, and (of course) aerodynamics.

I have one of these and it has gone up in value. That is insane for a car.

Can’t tell you how much I miss this thing. It was the last hope I had for cheap sport sedans.

"Origin country USA" Designed and built in Australia, yet exported to the USA and rebadged as a Chevrolet. How is it's country of Origin USA? ????????

Never been approached so much in my life as to what the hell is that!
I'll bet 99% of you commentors have never seen or driven this car.
Worth every penny of 45K, check charger resale values, as SS values...
not even close!

I know it is full-sized, but Motor Authortiy advertises it as a mid-size sports sedan.

This is a poor man's BMW 550i. Why buy a Dodge Charger SRT8 or a Hyundai Genesis R-Spec Sedan if this thing is light enough? Om, nom, nom!

This SS car is pretty sweet. It's the 4 door version that competes with the Charger. The 2 door competes against the SRT Challenger. Neither are direct competition with the Mustang or Camaro IMO. (I own a 14' SRT Challenger). What people don't realize, is that the Challenger is a Muscle Car (think 60's GTX, Charger, GTO, Chevelle, Coronet, etc). The Mustang and Camaro are pony cars (derived from 60's Trans AM races limited to 302 ci motors). Pony cars are a subset of muscle...but muscle does not necessarily mean pony. I do realize that the original Challenger (that the new version was modeled after) was a pony car--but the new one isn't. As far as fast...it's a driver's race. If you put 275's or bigger tires on the SRT, it is slightly faster than the GT Mustang or SS Camaro. It does not have a speed limiter (good to 182 mph). I routinely hit 6.2 sec zero to 60. As for turning, Strut tower braces front and rear fix that problem. Anyway, the SRT Challenger is really a GT car...that is why I love it. Great for long drives...TON's of torque. As far as motors...they should put the biggest and strongest available in them...as they do not compete with Vipers and Vettes. That is a different buyer/market.

@Mental: Not bad at all.

@Super8
Isn't there already a Camaro SS--or actually that compares with a BMW 3 / 4 Series and Mercedes C-Class coupes! The Impala SS would possibly compare with 6 and SL.

My bad. If GM made a Cruze SS with over 400 horsepower, it would be AWD, as RWD wouldn't be easy to convert if the Cruze has a FWD platform. And 400 horsepower in a FWD car wouldn't happen.

Ill pass on an LS7 in this, Or any Vette motor for that matter.

The LS engines, Or Corvette engines should STRICTLY be used on Corvettes...PERIOD. This should use a different motor, just like the rest of the line up, We all know Chevrolet makes World class engines, But to use the same motor in every car over and over and over again is stupid. I like to see this use a different Chevy motor, Maybe even similar, But not a Corvette motor.

@ Super8 Speaking of sharing engines... I'd love to see an Ls7 version of this, maybe throw a 6spd tremec in there as well... :D

@ BR2+ : Well, if you remember the old days, GM always give same engine to a lot of their cars. For example is L72 which given to Impala SS, Corvette Stingray, COPO Camaro, COPO Chevelle, Bel Air, Caprice, and Biscayne. So, it could be possibly happen. But possibly.

...Why would you put an LT1, Or any Vette motor in an Impala?

I really hate that, Every performance car Chevrolet makes should have there own engine, Camaro shouldn't have a Vette motor, nor should an SS or Impala, or any other car for that matter, Chevy can make a good engine for the Impala, but don't bother unless its a REAL performance car.

@ Mental: Yeah! It will be great if they put the LT1 to this new Impala SS especially the coupe. And if they want to do it more, just upgrade it to 500 hp and make it like a cheap version of high speed Caddy. That's all I can think.

Oh yeah! The new Impala SS Saloon/Coupe would be excellent!

The current Impala is one of few GM mainstream products I like, in terms of looks and platform. It's got a lot of potential. Impala just needs a serious power aggregate to be competitive - LT1 straight from the Vette, and go! 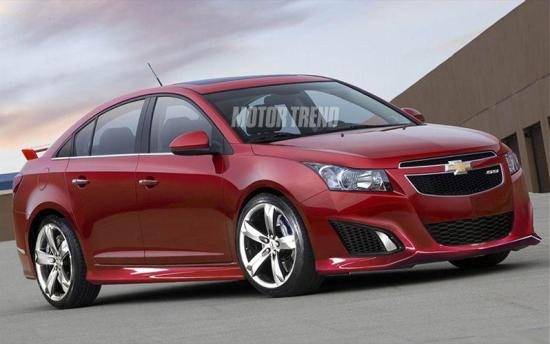 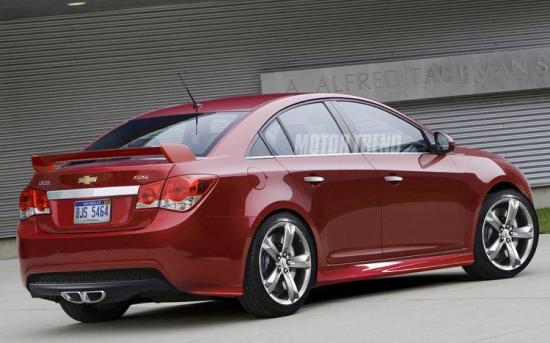 If they make an impala ss, it will be awd.

The platform that the current impala has a transverse engine layout. A rwd setup wouldnt he easy or sensible.

Its great if they decide to put some power and performance it them, but I just don't see them given it that much power or performance, The Impala should have always been a nicely powerd Muscle car, now its just a family car, The last SS wasn't bad, 305Bhp and high 13s in the 1/4, overall goo looks. But not what id call a Performance car. I wish Chevrolet would do more then look at the Corvette and Camaro when it comes to performance.

500Bhp, I don't think so, I don't see Chevrolet putting C6 ZO6 power in a Impala, Impalas haven't had anywhere near that Hp figure since what, 1969? 425Bhp? The last Generations produced around 300Bhp, so I don't see them making such a big jump in Power, specially what the car has turned into. Maybe if they dropped it off at the Z division it may come, but I Highly doubt it.

Nice car, Super8! I'll be right back. I just have to go get my girlfriend from work. 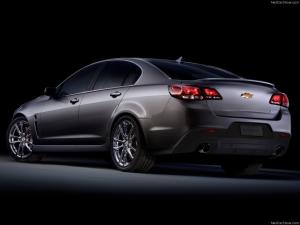 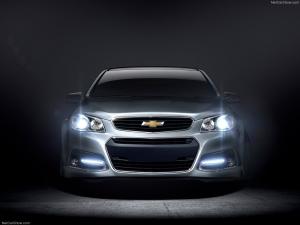 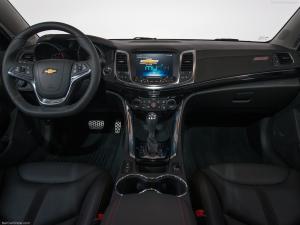 Look at the AMS results of that 328 Koenig as example: the car did ...