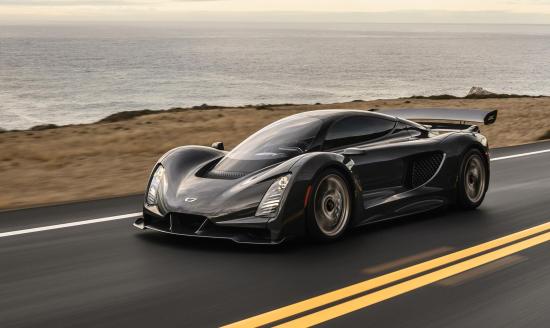 McLaren Applied is renowned for creating a competitive advantage for its partners through a combination of class-leading hardware and software, derived from decades of innovation in top tier automotive and motorsports applications. In the case of the 21C, the company’s unique skill set allowed Czinger to meet its power density requirements by packaging the IPG5 into a 3.79-litre box weighing just 5.5 kilograms.

"We believe in performance and pathbreaking technology; as such, we are proud to select McLaren Applied as our preferred inverter supplier. Including their high-efficiency inverter in the 21C will optimize the horsepower of our in-house designed powertrain, enhancing the driver experience," says Lukas Czinger, Co-Founder of Czinger Vehicles."

Further details in the link. 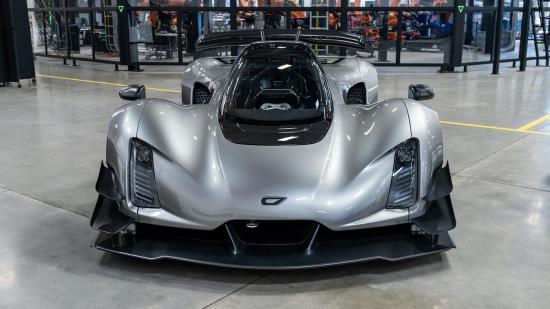 There is in ONE form or another some English Engineering and/or technologies in each of the production hypercars in the United States of America being manufactured today. Good Luck trying to find out what specifically.🙂

(PS McLaren Applied Technologies was sold near the end of 2021. Their success includes the McLaren Speedtail hybridity systems, from memory.) 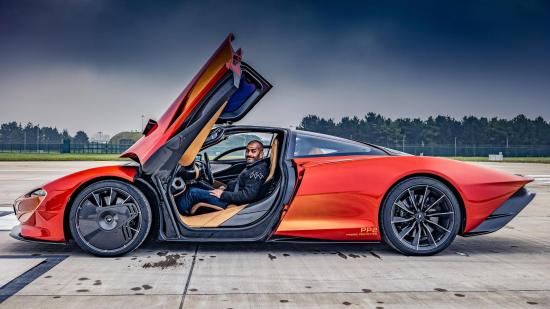 They gave a Nissan 44 minutes? Disappointing to be honest in comparison. Shaking my head!

I guess the full one will come in time.

Kevin Czinger gets interviewed on the CNN outlet!

Dubbed “functional art”, the GT sits in a “new category”, according to owner Kevin Czinger, who, along with son and company co-owner Lukas, revealed their new offering at Monterey Car Week, along with the new Czinger 21C V Max.

At the front, LEDs surround the bottom of the grille, with a low slung, wide nose. A long sloping roofline defines the car’s silhouette, with a high splitter and honeycomb bodystyling rounding off the rear end. The roof also doubles as a window.

“We are using the design language of the 21C, so people will see it as a Czinger vehicle,” said Kevin Czinger.

“The thing really looks like the equivalent of a cheetah or some very sleek yet powerful and strong animal, and it uses that strong [V8] hybrid. So this is going to be, by far, the top performing GT ever built and ever put out on the street.”

Inside, details are scarce, but it can accommodate four adults “with a lot of leg and head room”, and will be fitted with the latest tech - although details of what this will be have yet to be confirmed.

The Hyper GT will be followed by an as-yet-unknown electric model before 2030.

Chairman Kevin Czinger confirming to Autocar that the firm intends to launch a performance model in every segment.

“The original conception of Czinger was to produce that ultimate road-track car [the 21C] that could set all of the records,” said Czinger.

“Then the idea was ‘this could be a really, really cool brand’, with the father-son combination, that creates a whole series of the most off-the-hook vehicles in each of the categories."

Someone else can add this if they want to LOL! it's been an absolute pleasure following all these cars this year. Festival of Speed etc. Across multiple platforms. I after this can't ever seeing it being topped for me. Unbelievable year!

But the LONGTAIL car has me very intrigued indeed! More than the others so far shown!

Someone else can add this.

Quote>"He stated that: (Kevin Czinger) “In a few weeks we will present our next model, that will be a four-seater vehicle at a lower price. Higher volume, but still very exclusive. More volume by our standards.”

These guys are interesting indeed from am engineering perspective they are pushing boundaries like NO one is.

But the idea of a four door Czinger, well what can I say? Let's trust that V8 engine is the propulsion force, with or without hybridity? I'm not sure yet!

We will find out very shortly indeed! Pebble Beach is just around the corner!🙃

I'll check all those.🧐

This or a valkyrie? Which one will be quicker around a track? What do yall think?

This young lady lives near SpeedKing! She's got the Czinger 21C and her name is Supercar Blondie!😂

Ladies and Gentlemen one of the most technologically sophisticated hybrids and part of the Holy Trinity 2© family, the Czinger 21C!

I've been tracking the car from it's early London presentation to pre production prototype to official lap records to this silver production specifications example! And definitely not been disappointed, they ARE absolutely so far, delivering.

Absolutely SICK car! Of the three including the exquisite Mercedes Benz AMG One or the Aston Martin Valkyrie as production road cars which would sway me?

Well at that level, you DON'T need to "choose?". I know of atleast TWO ex Formula One drivers buying one or two of these or another electric production hypercar!

Last time around Paul Bailey didn't choose? I'd follow, if in his position ofcourse, his lead and get the LOT of them!

Very certainly progressing behind the scenes. Least the parent company Divergent is.

Very impressive, and the engineering within certain parts of this car is radically different to anything I've ever seen? It's diametrically opposed to the "norms". And it's already proven itself TWICE at the racetracks too. Verified.

Czinger were recently seen at the Thermal Club Raceway? I'm positive that's where a "professionally" organised Holy Trinity test was conducted with a professional driver. No times, as of yet. But there can be no excuses either. It'll be interesting to compare!

I talked to czigers team on instagram and well they have a few track events fro customers but they will be getting around to setting another track record, didn't say where but can near guarantee it will break the record

"Czinger’s 21C is the most innovative supercar since Gordon Murray’s McLaren F1 of the mid-1990s." Etc>

WTAF? Can somebody explain in what universal reality that's even possible?

These figures don't make any sense whatsoever? They need better computers, state of the art they say?

No comment whatsoever, and the acceleration "metrics" plus downforce "claims" are equally ridiculous and OUTRAGEOUS! If they are so far out with braking then it lends credence to the fact we can't trust any of their "figures".

*Any mistakes in calculations accepted and rectified. 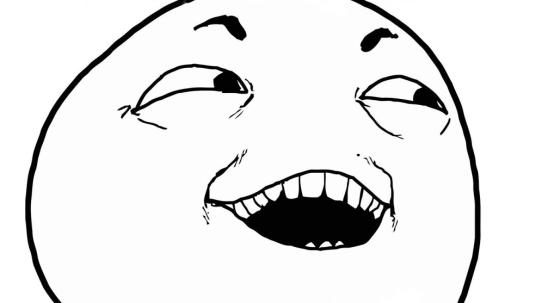 Me> That's nice! Now prove it!

You can tell these are purely theorectically calculated or are computer simulations? Because that's incredibly impressive braking capabilities! Perhaps, too impressive.

So that's DEFINITELY going up.

That's NOT how you do it. Quoting power to weight ratio's from DRY weights is stupid.

Wait until I tell you about the "track" version. And that's BEFORE the acceleration "claims".

Benchmark them against the Koenigsegg Agera RS and One:1, they are proven and verified?

Second ''lap record'' and we still don't have a video with a GPS overlay.

What are they trying to hide?

Do we have performance figures?

Can you add the Laguna Seca laptime?

First drive for the Czinger. I do have high hopes for this car. But it requires alot a finishing and finessing. Particularly that canopy or roof panel. WTF? Also the gearbox and rear wing.

There is a feeling that now the startup of some 2000-horsepower electric hypercar looks quite ordinary.
The recipe is simple: from companies that already have quite experience you buy 4 electric motors for each wheel, a set of batteries, a CF monocoque and other small things. In a program that simulates a wind tunnel, you draw the body, decorate it with diode lights. And, voila - you can collect prepayment from customers and start production.
The situation with hybrids is somewhat more complicated, I think more testing and fine-tuning is required here to make ICE and electric motors work together effectively. But, the result in this case is more impressive, because the car can take advantage of both types of power plants.
My respect for a small company with a strange name, which managed to create a car, which raised very high the bar for the laptime record at Laguna Seca.

Corvolet without a 3  2y ago 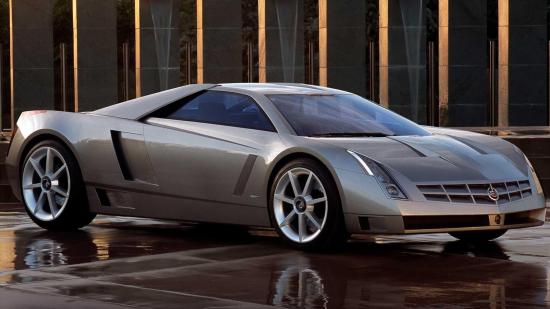 So. 0-100km/h is standard for cars of this type. Almost ENTRY level. 0-200km/h is strangely not listed. The 0-300km/h is VERY ambitious. The 0-400km/h time is possible with it's level of technical specification. I look forwards to it's validation and verification phase. Oh and top speed in the right mode is 281MPH and it's apparently a 1:1 power to weight ratio car. 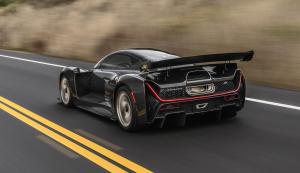 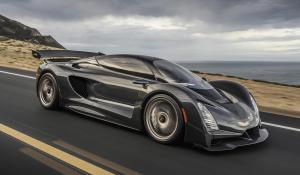 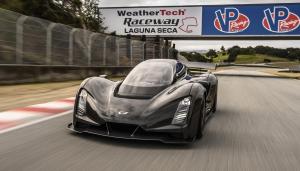 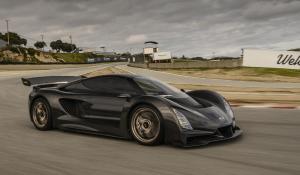 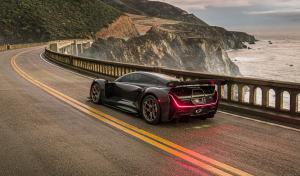