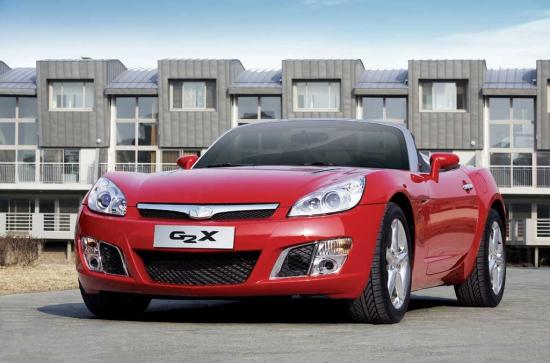 @ CoolShirtGuy: I knew that when I saw it, the powertrain is from a Sky Redline.

@Shaggy
It is. Literally everything about it is the same as the Saturn Sky/Opel GT, just with a different badge slapped on for the South Korean market. Same styling, same interior, same powertrain, same power output.

It looks like a Pontiac Solstice of Saturn Sky.

Our last hope are Australians. I would be happy, if Holden made cars based on the GTO, Firebird and Trans Am. Oh yeah, Australians can create such charged muscles with a lively soul! The formula is simple: engine from Corvette ZR1, chassis and suspension from Camaro ZL1, aggressive muscle body - the new GTO; engine the same, chassis and suspension from Corvette Z06, smoother aerodynamical body - the new Firebird; the convertible version of the new Firebird - the new Trans Am.

Uh, guys, Mercury was a Ford division, not GM. Mercury hadn't made any notable cars lately anyway, so it won't be missed. I miss Pontiac though, it is unfortunate that there will be no more Firebirds, Trans-Ams, or GTOs; darn they were cool. GM has made some decisions that eliminated some fine cars.

Yeah, yeah, but life is impossible without any competition. While you are buying and selling companies, another and one more another companies are developing, especially Chinese and Indian (crap!). I think that so giving orders is may be bad for your authority (cause you (I don't mean exactly you) may shut down people's favorite companies and they won't much like your company and would rather buy a Chinese car than your). Then your sales may get lower and lower, so your company won't be so rich and then some Chinese businessmen will buy your company and they may have such as you had earlier.

It's not worth condemn me, I'm just explaining my point, I don't know, maybe you consider it as incorrect.

I was really looking forward to the new generation Trans Am. Only reason GM shut them down was because of the whole bankruptcy mess and needing to cut costs.

Bottom line is that if you can buy your competition and then shut them down its good for business.

Its not like shutting down Saturn, Olds, Mercury and Hummer is bad for the car world anyway.

Oh yeah, you think like an emperor of a huge and rich kingdom, who worries only about his ass, making borders of his country still wider and wider and propagate other nations and, who wants that all consider him as a God!. Anyway, GM thinks the same and it's useful for them, but not for others (except you're a fun of GM). I loved Pontiac and Saab, but they are disappeared through GM's fault. As I had said earlier, GM could close some more companies. And what would you say, if GM bought such companies as Aston Martin, Lamborghini and then closed down them too? Damn, if it happen (of course I don't want it, and not only me), I would curse GM and any company which is going to do that!

And you think its bad business to buy your competition and then force them out of business?

Wish I was rich enough to do that to my competitors.

I can't understand GM! Firstly, they buy some eccentric, but not well provided companies. Then GM force them to make cars using only their technologies, or just copy one another, which makes the authority of these companies lower. And finally GM close down these companies cause nobody doesn't want to buy these copied cars. Pontiac, Saturn, Saab, Oldsmobile, Mercury, Hummer - all these companies were recently "murdered" by the GM's hand. One time GM wanted to close even the Opel. Soon there could more companies closed by GM. 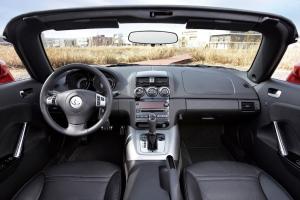 Not sure, that it's correct, my1996 has some handling improvements compared ...

Citroen GT is a concept car.

What about Citroen GT top speed of 285mph