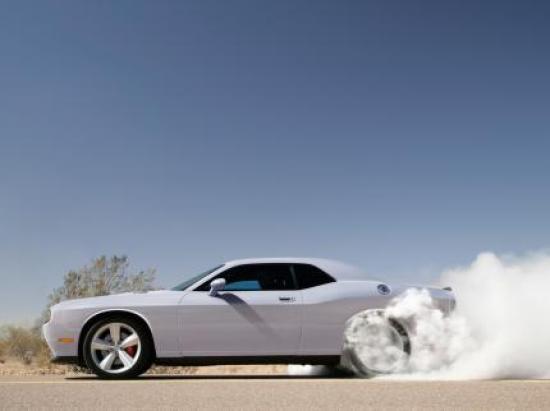 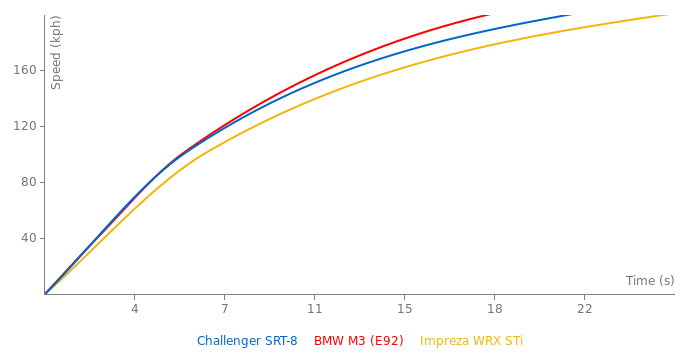 Spamhaus a bunch of liars and criminals

Spamhaus, despite claiming to be a not-for-profit organisation, is registered
as a UK limited, appearantly with a branch office in switzerland.

and it's CEO and Founder Steve Linford
(resident of Monaco)

Spamhaus, despite claiming to be a not-for-profit organisation, sells datafeeds
for large scale commercial use for profit.

What you don't know about Spamhaus:
.oswaldbousseau.com/about-spamhaus.html

Fastest laps. why you deleted the Challenger 392?

I loved this article and there was one years ago on a Honda, but they used the wrong size 19, suppose to be 225/35 from Ferrari.

Generally the best tire with the highest load rating in any given wheel size is ideal.

In the case of my 600hp Challenger the extra wheel weight is welcome. I actually burned off the P Zeros and switched to 315/30YR22 Yokohama Advan truck tires that weigh 45 lbs. by themselves!

I discovered I could run 305/30/22x11s on the back to solve the traction issues and 285/30/22x9.5s on the front to solve the handling issues with the stability control removed, lovin it with more rubber than the Camaros bahahahahaha.

I discovered I could run 305/30/22x11s on the back to solve the traction issues and 285/30/22x9.5s on the front to solve the handling issues with the stability control removed, lovin it with more rubber than the Camaros bahahahahaha.

Starting in mid 2011 Dodge announced that it will be getting rid of the 6.1 litre hemi:( but they are replacing it with a 6.4:) that will not only produce more hp and get better economy from MDS. they will offer it on the 300,charger and challenger.

The Challenger has something the Mustang, Camaro, or Viper doesn't have: room in the trunk for luggage and room in the back seat for people. It's a touring car with balls. And a great looking one at that.

thats because the camaro is lighter. anD THE CHALENGER DOES LOOK BETTER

the Challenger looks much better than the Camaro, but the Camaro is a bit faster.

is a taste point ! 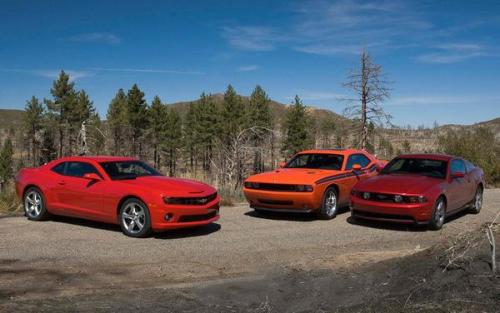 The three new muscles are a good design but everyone have your favourite.

Camaro is Faster, but it dont look nearly as good.

hahha....Camaro is better ,admit it! Muscle ?Its a fat car !

are you people hunting me down to argue or something im not even on this page! i like the styling more just because i like having this big obvious muscle car, not something youd see in transformers. btw there are people outside of your own world who dont use kilograms for everything.

Hohoho venon...Camaro, 6-Speed and 1750 kg,not 2 tons....
Style and peformance much better than a Challenger..

This car is a sharp looking car but I only hope the transmissions will hold up after repeated track time. We all know that the engine is solid but the trannys are garbage.

^^ A used Viper can be had for $30K-$40K US but it's difficult to compare new car vs. used car. Some Vipers are pampered and some are trashed by their original owner.

Plus, having the extra seats is important to some people so they'd likely choose the Challenger over the Viper.

You did bring up a good point, though.

I would take a used Viper over a new one of these and get a way better car, if your talking about a Dodge anyway.

My bad i forgot about the Dealer Markups, but id still have one..lol

Its a lot of car for the money and I'd have one if they actually sold in the UK for that money (£29k) unfortunately it sells for closer to £50k in the UK!!!

well 0-60 in mid 4 seconds and quarter mile in low 13 seconds is pretty nice and thats without a supercharger.. not to mention its a sexy car (i guess it doesnt handle the best but so what i dont plan on taking a trip down death road goin 170 mph)

any idea what this could do on the top gear track? maybe a 1:29.8 with the manual?

I doubt it as its as aerodynamic as a Hummer. You have to understand that cars like this, or the mustang, are made for straight line driving.

Top Speed is 176mph, and i had herd that Dodge is (Thinking about) doing an ACR edition for the challenger, anybody know if its true or not?

hello ,challenger is the best car in the world ,,why ?
because i love it till death

the camaro isn't near 2 tons? anyways for me id have to get the stang out of this group because the camaro is like a transformer inside and out and the challenger may grab a lot of attention in a good way but the mustang seems the best with 315 bhp (not much in this crowd but still A LOT!) the same amount of noise and less mass which if anything makes it feel more sensible and more balanced on twisty mountain roads. 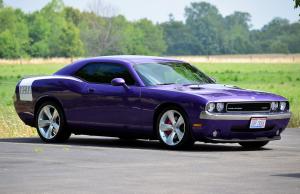