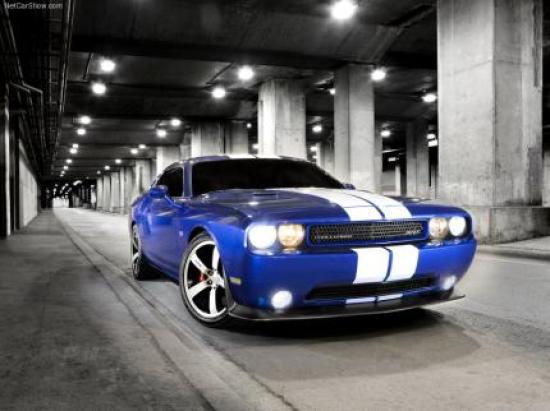 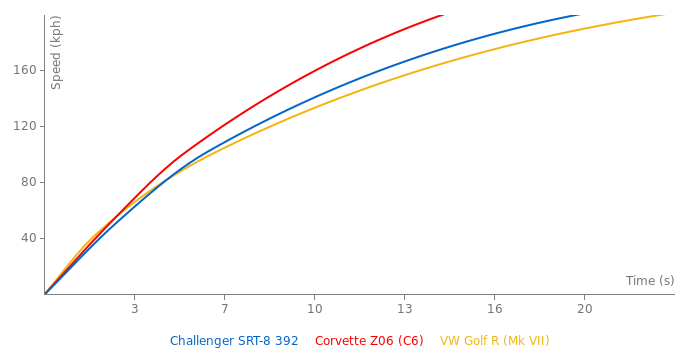 Calling one car that uses a different aspiration certainly is not unfair at all.

If anything a 5.0 should be running 295s. A GT500 should be going in the 335s if not 345s, SS versions should be at 355s. And a stickier compound. Compared to similar powered cars like a Viper and MP4, Those cars have bugger stickier tyres, along with being a lot better geared, and have a lot less weight( Along with more electronic interference for the MP4)

I wouldn't buy the Z/28 either, Seems WAY overpriced, DOUBLE the price over a 1LE? The Fuk? Shouldn't have past 60k Usd. It wont perform better acceleration tests then a GT500, But will kill it round a track, And 54k is not what I would call everyone can afford, Not even in the USA. That's slightly above average.

About the GT, I would not want that back, I think a Ford GT/GT40(Should have called it GT43, Should be one of those cars that should ONLY appear during a certain timeline, Or every so amount of years, Like how Ferrari does there Super Ferraris. If they did bring it back, it would certainly have Bhp over 670Bhp.

@BR2. Because they are cheap. I read a recent comparo article in Hotrod Magazine, where they compared the SRT against GT500 and Z28 (not fair as those are supercharged) and none of the drivers had experience in any of the cars. Because they didn't, and the GT500 had small tires, it got terrible times for a 650 HP car. It was spinning tires because the driver couldn't hook. It actually got a worse time than the SRT in the 1/8 mile. An experienced GT500 driver should have crushed the SRT. They liked the Z28 best overall. It has 100 less HP, but is an overall better performer. (I considered one of these, but $75K is a little more than I want to spend). @Flabernat. I agree on too much power in the GT500, excess HP is a waste if you can't use it. I suppose GT500 drivers buy drag radials to solve that problem. (Wonder if the stock drive shafts can handle DR's). But a Ford GT is an exotic, and beyond the price range of normal guys like me. Most people can afford a GT500, (I considered it) but I wanted a Challenger. I do believe that they should make a Ford GT. Those are the best looking cars IMO. Instead, I will spend $$$ on a supercharger and other components for my heavy car. Bought it for looks. I also think the days of a 392 are numbered. The Hellcat will have a 6.2L.

Very good choice, Dodge should have never allowed the Challenger with such Inferior tyre sizes, THAT should have ben on the SE V6 model.

If any company uses the best tyre size, Its Porsche, Even there Boxter has wider tyres then the top model Challenger and a stickier compound. and a Carrera S has a bigger size then an SLS...

@BR2+ The Challenger only has 255 rear tires? That' surprising. I didn't realize they were that small.
It's funny when you consider the lighter(much lighter) Z/28 has 305's in the front! Lol... I really love the look of this car, but with the lighter Camaro and the Mustang that's finally getting IRS the Challenger desperately needs a refresh...

The first thing they need to do, Is get rid of these 255 rear tyres, Who the hell puts 255s on a Rwd American Muscle car? An STI tyres are nearly as big, fkn stupid. Along with a diet, At minimum 200lbs, But I doubt it will even lose 20lbs if any at all.

Yes it has Brembos. It stops fine. In sport mode, it handles pretty good. If they went to an aluminum engine block (steel block is too d@mn heavy), and more aluminum on the body (I heard Ford will make truck bodies from aluminum soon), and carbon fiber in other parts, they could shed some weight. I plan on adding strut braces and a Magnusson supercharger.

@Fangio Man True enough.
I like the power, and the looks. It's got hefty brakes(brembo's if I'm not mistaken), and fairly large tires. I think a diet would be a good place to start. That seems to always be it's biggest downfall in every review I see/read... That's why I'm a big fan of the Z/28, less power than the ZL1, but a lot less weight. It goes a long way :)

I agree. But I am not sure if it would help very much...

I mean: Bentley tried that with the Continental and brought out the lighter Super Sport. And, believe it or not, it is still like one ton too heavy. :D

The Charger is one of the best looking saloon car you can get, Only problem it, It should have NEVER been called a Charger, Not with 4 doors, Looks fantastic, Great engine and performance(No Manual-_-) But Dodge ruins a lot of there cars with changing them so much.

I bought the Challenger because I've also owned Big Muscle cars way back when. It is fun to drive these beasts. Dodge/SRT needs to do 2 things: 1. Make the Challenger into a true Pony car by going SMALLER (Current Challenger is Pony in name only--It's really pure muscle). 2. Make a Retro Charger with 2 Doors--That Looks Like a Charger. The new Charger would be purchased by guys like me who want a big, heavy, and fast muscle car. And get rid of the current Charger.

The looks are pretty much the Only reason to buy this car. One could argue engine, Since Dodge KNOWS how to build an engine, But who buys a car based solely on that? Comfort and space may be thrown in there to, But how many people go that route with 470Bhp?..

But out of Chevrolet, Ford, Cadillac, Id say Dodge is way behind, But like you said, Mustang, Camaro its 2 main rivals, are cheaper, handle, brake better, Prolly get more MPG too, maybe easier maintained, And overall faster is 8/10 categorys.

I don't think they should turn this car into a bare bones track car, But should be more accessable like a 1LE. Its a great cruising car, And a FANTASTIC looking thing, But Dodge really needs to pick up there game..

@br2+ I know I was so disappointed that the hellcat engine was a no show at the auto show, seriously it's actually getting embarrassing being a dodge challenger fan now, other than it's amazing looks (the competitors are cheaper, faster, lighter, handle better, brake better, etc.) dodge isn't giving fans a leg to stand on in the "horsepower wars", all i can say is they better release the hellcat engine soon, because even i'm starting to lose interest. (and i'm pretty sure everyone knows how much I love my dodges)

As far as I know, the FASTEST INDEPENDANT test of this car, is a 12.1@118.2s 1/4. But Dodge needs to pick up there game with this car, Chevrolet and Ford are killing them.

Its got looks, Fantastic ones, and Dodge makes great Hemi engines, But ive never felt like they have put there all in it, not in any of there cars, Okay the ACR was amazing, and damn near unbeatable, But even that could have been better.

Hopefully, This new "HellCat" will show Chevrolet and Ford, That Dodge isn't to be messed with, Question is, Will they?..

@Boss302. It may be driver mod. I ran a 12.7 with street tires and no mods. The car is heavy. It is a muscle car...not a sports car like your 302. It does handle surprisingly well with recent tweaks to adaptive suspension, and it is fast. Mustangs are great cars, I've owned 2 in the past. I'd like to have both, but can't right now. If I wanted a Mustang more than a Challenger, I'd have gotten one.

I have a boss and I have a few bolt ons' raced a bolt on challenger super bee and killed it roll and from a dig. Car is heavy. If its underated that's sad.
I ran 12.5@115 on stock tires no mods' now 11.7@117 slight mods and drag radials..oh my car only comes 6 speed so I think driver mod too

Thanx Viking. It is a lot of fun. Big change from my last car (Tuned GTI-wished I would have kept it)

@hemisrt congrats on a great looking car. One of my friends at work has a Challenger R/T in black with red accent stripes. Not as powerful as an SRT model, but still great looking. He chose the six speed manual as well. Whenever possible I always purchase a manual transmission, it is the best way to have fun on curvy back roads. :)

I believe the engine produces around 470 HP at the crank. SRT engineers claim to have tuned the engine for a flat torque curve, so that power comes on early and stays available through most of the RPM range, vice targeting peak HP at a very high RPM. This makes the car responsive in daily driving conditions. The engine can certainly be tuned for MUCH higher peak HP. This is the reason I like the car. Torque is what you FEEL. It gives you the accelleration. If I was a serious drag racer, I'd have the engine tuned for peak HP at RPM. I intend to add a blower with modest boost (target another 130-140 HP) for daily driving/some track.

If I were to get a Challenger SRT/8, I'd choose to get one with the manual transmission.

Belay my last comment on the Stang. If the 15' rendering is correct...Ford hit another homerun. The car, while not retro, still has retro accents, looks like a mustang...but will be sold to a world market with a 200 lb weight loss and a Turbo 4. D@mn I hate Ford.... Good thing I'm an old guy who can afford what I want...SRT.

"Snatch it up." You will not regret it.

There's a black one at my local Chrysler dealership with a paddle shift automatic transmission.

Just bought a 2014, 6 speed, Black (red interior) SRT. The suspension has been tweaked in the last few years. Handles very good, considering how big it is. My first 0-60 was 4.6. After several attempts, I was able to get a 4.32. Still practicing. An earlier comment says it's not a "sports car." Neither are the Camaro or Stang. Those are "Pony Cars" (sub category of muscle cars). Unlike the original Challenger (I had a 71), this is NOT a Pony Car. It is a Muscle Car (think Superbee, GTX, Charger, SS Chevelle, 442 Olds, etc). I absolutely love this car. It is a "Tire Shredding Torque MONSTER." The torque band is flat, comes on early, and slams you in the seat. Top speed (haven't tried it) is 182 mph. I plan on adding a magnacharger at 8.0 psi boost, front and rear strut tower braces, and a bigger throttlebody after the 14 Diablosport Tunes become available.

SRT Barracuda is going to be a cool performance tool. But how about its classic muscle nature? Will it survive? I hope SRT won't spoil marvelous shape of the current Challenger.

Performance and functionality is good, but Challenger's soul is all about style, and doesn't matter if it is slower than its competition, or has too massive dimensions... Challenger is the last hail of the true muscle-car era, it would be sad if the next 'Cuda left Challenger's charm... 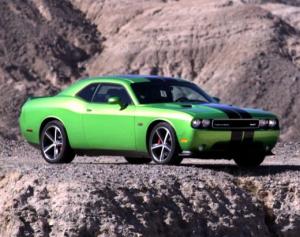 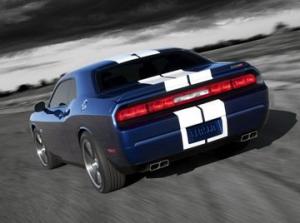 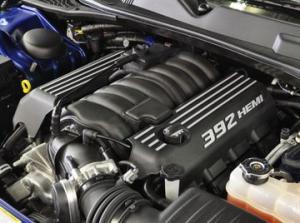 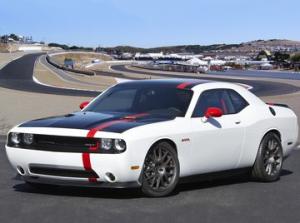 Well yes it is. Ferrari are no better. But still the ...

18.7 seconds theoretically using verified times was the quickest possible. The ...

Why would you compare the Ferrari Pista to the Mclaren 720S? The correct comparison ...

We have previously established that the claim by McLaren that a ...

Well, the automakers from my country can't create even anything that deserves to be ...

Most rich people wouldn't cross shop between those two categories tho. You buy an ...