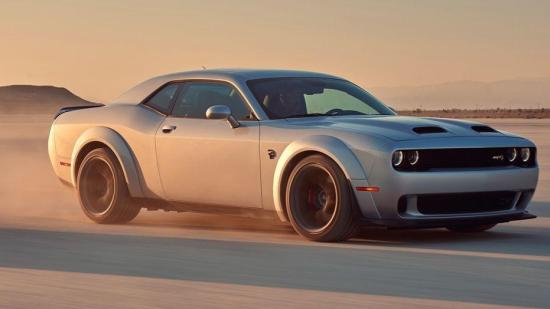 It will most likely beat the SS 1LE Camaro. Not so sure about ZL1 though.

There may have been a misthinking process when I replicated these performance estimations below, especially the rollout-free metric figures. The Redeye cannot possibly be quicker than the GT500, which is rated at 4.2 for 0-100 and 10.8 for 0-200. The Redeye is said to do 3.5 from 0-100 and 10.3 from 0-200, but the problem is only the rollout was accounted for.

*Initially the estimated trap speed was 138 mph, which is far off the rock even for diehard MoPar fans. Honestly, as much as I love using the TorqueStats calculator, I find this trap speed to be blatant pants on fire. A Dodge Demon recorded 140 mph on 100 octane race gas and drag radials, and this car in stock form can barely even reach 130 mph as verified in most drag racing videos. The calculator handles heavy and powerful RWD cars in a rather optimistic way. As a result of this flaw, I did some major calculations to get this corrected trap speed; the usual trap speed range is 124-129 mph.

In fact, 203 mph is a very conservative estimate, even for the widebody variant. Dodge underestimated the top speed so that Redeye owners don't void their warranty; also another thing too, they didn't want it to conflict with the Viper supercar, which was rated at 206 mph as far as back in 2012. You can reach up to 210 mph in a Widebody Redeye in 6th gear using the standard gear ratio, or even 212 mph in 7th gear using the optional acceleration-focused gear ratio. I was wrong about the Redeye not making more power than claimed; it really does make more than the advertised 797 hp! In most cases, it is as fast as the Demon; just not on a quarter-mile dragstrip.

Full disclosure: Physical stats are estimates of my own; I refuse to take magazine tests and manufacturing claims word-for-word. I do not take liability for any errors.

TL;DR: The factory ratings of 797-807 hp are not correct. Redeyes and Super Stocks are only advertised like that because Stellantis won't allow either of them to compete in the same power league as hypercars, which include the ultra-expensive Aston Martin Valhalla and Ferrari SF90 Stradale.

The standard-body Redeye should be good for just a bit over 217 mph. 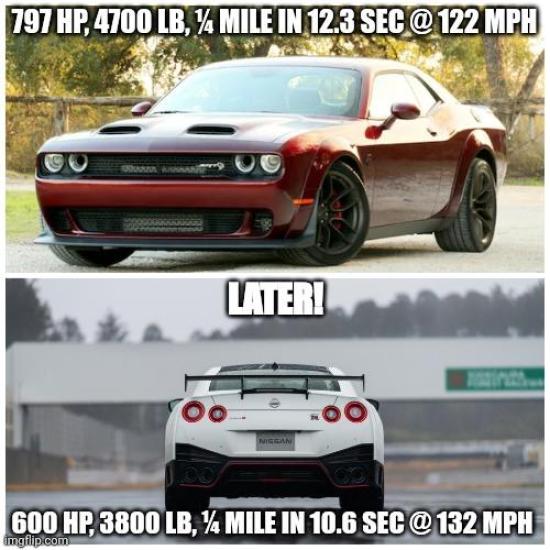 Its all about understanding how to drive a really heavy overpowered car. My Redeye is fairly consistent with 3.6 second 60mph times and 10.9ET 1/4 mile@ 130. on street tires, crappy tracks with NO prep.
Its 100% driver skill with any of the high powered Muscle cars from Detroit.

Bugatti4Life the real one 8m

The Toyota Yaris GR the OFFICIAL Fastestlaps Car of the Year 2022! Second place ...

The Vette is still a beast after all those years