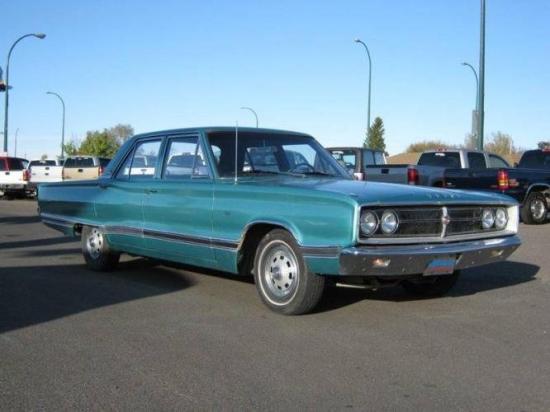 I just got new information fro this car. In 1965 there's only few of this Coronet that ever produce and it was dealer installed package. It was using mild version of racing Hemi so, whoever person who order it can use this monster on road. In 1966 Dodge begin create this thing with street Hemi and only 2 car produced in that year. And the last is 1967 where available again as dealer installed package. This car is the most frightening sedan and probably the fastest production sedan in that year especially for 1965 model which has racing Hemi. It has faster speed than Ford Galaxie 427 and faster acceleration than Chevrolet Impala SS 409. Motor Trend ever test it alongside with coupe version. It reach 13.8 sec @ 104 mph for sedan and 12.9 sec @ 115 mph for coupe. The coupe got 4.11 final and sedan got 3.54 final.

If the Horsepower and Torque is net, this car might be can battle against all new German Sedan such like Audi, BMW or Mercedes :)

Only few that ever built. This one built with Street Hemi engine make it the most powerful Dodge Sedan in 1967 and also the fastest.

Fastestlaps now has "trending" section at home page. And thanks to ...

Not a bad looking Porsche 959. So much classier than the ...

what a lovely beast in viola and blue

faith, it's all about believing, you don't know how it will happen, but you ...

perfomance I'm sure dante can prove it's the same for both cars lol :)) ...