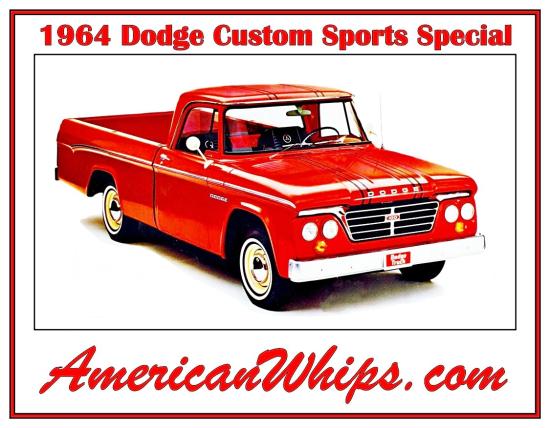 I'll more than bet that this truck runs like a potato wedge these days! ;)

Had a 64 Dodge D series like this with the big slant 6 & 4sp granny.
True story:
My bro's semi (no trailer) failed to start, even jump starting it hours failed. So we called in the cousins who tried to pull start it with my Uncles 76 Chevy C10 with 350ci 3sp stick. Problem was my bro's semi was sunk in 5" of mud from big rains and that Chevy would rock it but mostly it just squatted & rattled all its rods trying its best..lol The tires never spun it simply did not have the power to pull it out.
They laughed as I said "Ill pull it" & I got in my ol 64 Dodge beater with its bungee cord holding my door closed, backed up to the semi saying "hook it up". My bro laughing says "Dude if that V8 cant pull me your 6 never will".
Yada yada.."Just hoook me up Ill pull it!"
Him being so desperate to get on the rd they hooked that chain on my Mopar. I swear we took of like he wasnt even there man, I towed it down the street and up a big hill, then 3 blocks more before it finally started. They were absolutely stunned, "If I didnt see it Id never believe it" then I told them, btw F#@××rs my ol' Mopar you just laughed at has over 400k miles on her so you should take that p.o.s. Chevy back where you bought it and go buy a Dodge..lol
Uncles Chevy was like new, garage kept only had about 60k mi on it, what a turd GM built even back then..lmao
Dont ever bet against an old Mopar folks!
Especially that little old slant

I bet a Ford or Chevy truck in that era with almost the same performance had well over 400 horsepower. Back then, Dodge wasn't as large as Ford, Chevy, or even Volkswagen.

I suggest you learn something about the original Hemi before posting nonsense. The original Hemi still holds its own today. Others came & went but the old 426 still remains on tracks around the world and it simply dominated Nascar in this error.
Actually it was still called Stock Car racing then because it was brand new cars that were modified for racing. Unlike today where nothing about Nascar cars are original for the car now.
Cars are custom made from start to finish in Nascar so basically they are all the same cars. Go to a drag race at least..

...This just screams American Hick, Like Trevor from GTAV...lol

Its not THAT bad though. 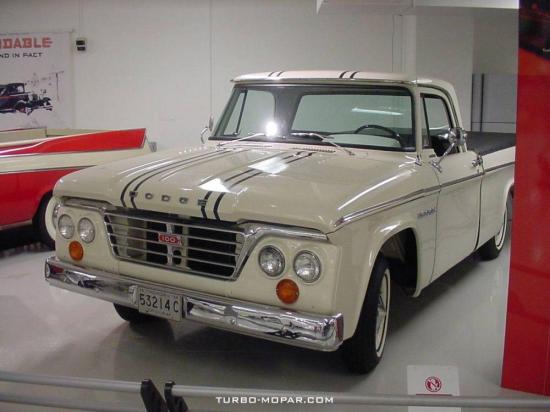 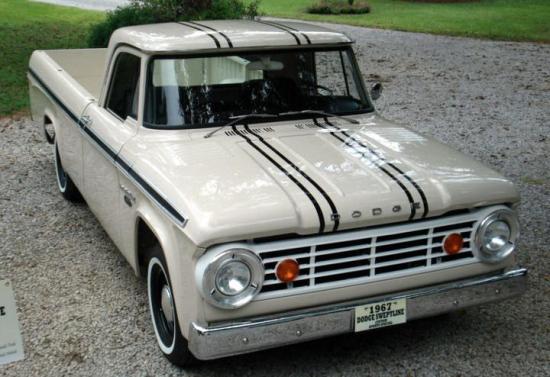 Well Shaggy, I think I just found what you like. This truck isn't an ordinary trucks you usually see in old days. It has big 426 Max Wedge with LoadFlite 3 Speed Auto, custom rear axle strut and dual exhaust. This custom pick up truck can be ordered as mandatory opt for D100 and D200 LWB trucks. This 426 Wedge opt cost $1300 and only 50 truck produced from 1964 to 1965. 31 is D100 and 19 is D200. So, if you plan to do a drag race with a lot stuff you want to carry, then this truck is the right choice for you.