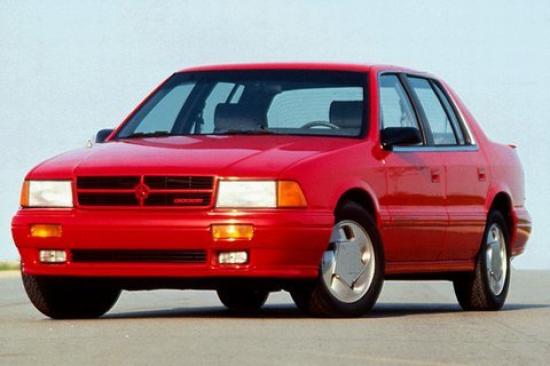 We had onecwhen new, I use to drive it a lot in high school...if it could get traction in first those numbers would be even faster...front tires would lose grip by 4-4500 in first if u got it to launch wout bogging it....from a second roll it would pull a stock brand new Fox body mustang w a 5 speed and it would beat automatics hands down short shifting to 2nd...tunes port camaros were no match, sho Taurus no match...they were damn fast cars....they would run w a stock spec 375 horse 440 B body....high 13 sec car with a sticky set of front tires n a low 5 sec 0-60.....ours spent a lot of time at the dealership w timing set issues...Chrysler sent a guy down to work on 4 RT cars n train the mechanic at our local dealership and when we got the car back it was noticeably faster n we had to run 93 or it would get detonation ....funnest car I ever drove because of the sleeper aspect

That's impressive for a 4 cylinder sedan built in 1991.

numbers are correct, I agree best sleeper car ever. XD

Those numbers are right? If so, best sleeper ever.

i can't beleive nobody added this!

if that’s so, then karma caught up to him and ended his career along ...

@fastestlaps please delete this time, it is an estimate

If you want to beat the Twingo, you have to spend 50k.