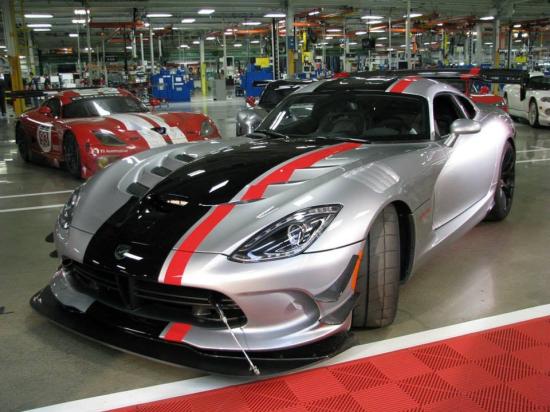 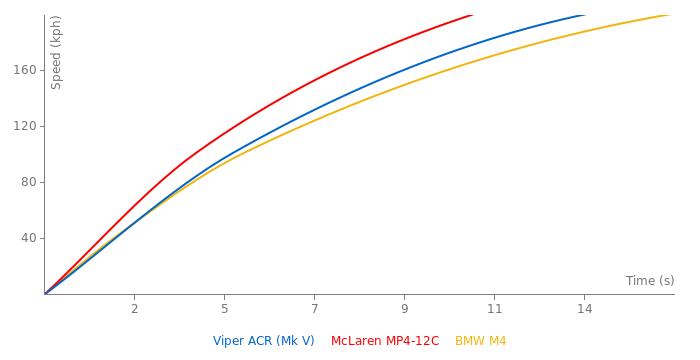 This car is a masterpiece. Throttle House tested it and it was only 0.03 seconds slower than a BAC Mono... what the f***? Let that sink in for a second! 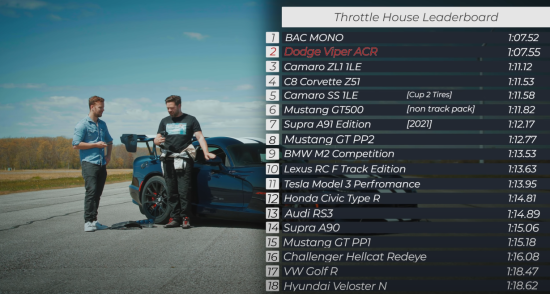 The only dodge designed for cornering lol

must be the cheap labour immigrants faults, it has nothing to do with plastic tech they rely on lolololol

This car is not faster than the Corvette Z06, let alone ZR1

downforce really starts taking effect at around 100mph but it varies from car to car. take the wing off and it hits 196mph, im curious about track times and whatnot minus the wing

Umm... ACR has no heating issues lol. It barely gets above 200 degrees oil temp during hot lapping.

It has some shoddy craftsmanship but it’s a phenomenal car.

another updated fake lap time for a car that's been buried 2 months ago, oh why does this site have to be so fast when it's dodge/911 related ?

the murican justice never ceases to amaze me with cars that are dead and will not come back ever again. why burn all that gas and not help out the homeless instead ? proving to be fast will not make it look good or will be remembered as an icon, because the whole transmission was about to explode due to the hard shifts which murican cars are known for to feel like sheeit

what's it like on a normal day in murica :)

that was inside a hospital, now imagine what could happen if you were inside the stealerships showroom, probably shot in the head lolololol

that's a pointless test since they've already said it themselves, the venom finally took over and killed the whole history of a wannabe supercar that couldn't sell abroad murica, they couldn't do a rhd so why bother and tell the world about how fast it is ? do the brits and japs even care that this thing existed in the first place ? of course not!

because the pos came out late and died too soon, conclusion: failure

Very, very great time at the Nürburgring. At the famous green hell.

This is a 4. fastest serious car around the Nürburgring

Time for a new article ?
https://www.youtube.com/watch?v=82G6DfPITd0

A video about Down force and tires.
Viper ACR Vs 488. For those who like math...
Hope you enjoy the video.
https://www.youtube.com/watch?v=aXOASqWt0Zo

Is an awesome car. This car can do so many things other cars can't.....
This been one of them....
https://www.youtube.com/watch?v=MScST54XA2Q

I like the fact that its naturally aspirated & also a manual transmission, yet its high up there with the likes of the 918!!!! What a master piece with great tires! Good Job USA!!!

There is always the balance between performance and durability.

The more performance the less durability. A car built to last uses thicker materials, larger clutches, less power to weight. A car built for speed, like a f1car will break with the slight of contact. A 458 will have its underside disintegrate from dust on a runway.

Then there's stupid cars which are not fast and not reliable.

And they wont either, Doesnt matter what it is, You use it continuously at max while pushing anything, It is bound to have a problem eventually, Nothing made on earth is meant to last indefinitely....Well maybe a Honda..

You right BR2+ any car been push to the limits most of the time won't last long.....

Every car has problems at some point, There isn't a single one that won't. Any car someone takes at a track and thrashed it round a track to the limit will eventually have problem, That's like saying a sprinter that continually runs at max won't have a problem.

Also even when the viper acr overheat it still makes it to the end with a good time on track!!!!
https://www.youtube.com/watch?v=gxZ66HoNg58
Here at high elevation the viper was suffering from air and yet still got a second place........ That is how good the ACR is!!!! Beat that z06!!! :P

Thank you cosimo for showing us how "Great" the viper acr is!!!!
Even with gear problems the Viper launched every single time unlike the MClaren and the R8. That is probably the reason why the viper didn't end up in like second place. :P

the only concrete fact that we have is, the diaper's gearbox failed and all the track talk and how fast it laps is just a temporary rehearsal before it really reaches its limits and starts disintegrating kabababa boom boom boom bababa bangbang kababang lol

it's on motor trends on demand channel, you and hippo-creep will end up with vision loss forever once you hit the play button :)))) 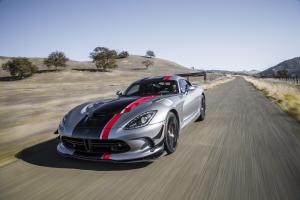 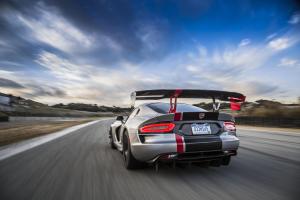 Audi RS6 comes along and SPANKS everything in a 15 mile radius. LOL! ...

Capital punishment is illegal in most places...

They don't have any customers with delivered cars. So there is ...

They should be made to watch Shmee videos 24/7 as punishment...

It won't be tested because Ferrari lied about its numbers (overestimated, ...

The CEOs of the manufacturers who exaggerate performance numbers to that ...

Where are Ferrari Roma tests? Have they been delivered? The Maserati is already out, ...

As if the McLaren GT will get spanked by those two. ...