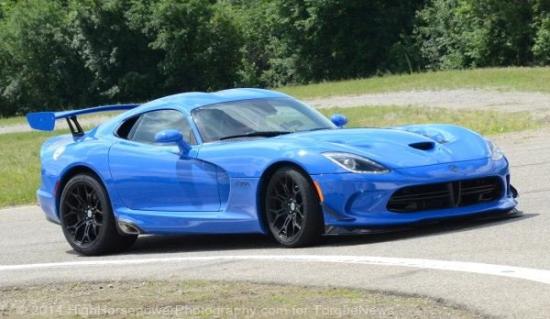 A 6 cylinder Viper would definitely suck. A Viper is supposed to have a V10. A Viper without a V10 is not a Viper.

@piorum
OMG Mate!!!
Turbo Viper?
That's ridiculous. At the momment that happen, i would dicrease in 80% my love to the Viper.
Imagine a V6 Twin Turbo Viper with fake engine sound, low diplacement, and DCT. What else? AWD? Hybrid?
I would definetly kill my self instead of living in a world like that. :)

Viper with turbo ? Its an absurd.

And who actually cares that Mclaren 650/675 has more power that Viper ?

Its Mclaren's way to produce the fastest serial-stock sport cars. That is why they update their cars so often. We can be sure that no matter how fast will be future 911 Turbo/ GT2 and Ferraris there will always be Mclaren with their updates making Mclaren cars faster than competitors.

I can say that nowadays when the best super(sport) cars have so high level of performance :

With that kind of performance there are more important things than just speed. These things are (for example) :

Im pretty sure that we can add many other things to that short list.

That is why N/A high performance cars will be very valuable in the future.

Time moves very fast foward. Viper is new car but it feel and look old fashion already, its a good but mostly a bad thing.

Just look at McLaren 675, this thing with 3.8 has already more power than mighty viper, and is lighter as well, im not talking about a gearbox and stuff.

Old fashion car has that charisma, but they are not better at many things than modern cars.

This Viper need already some 2.0 version with DCT, good alluminium/carbon structure. Engine should be in 2 versions: n/a and turbo.

This car could be star, but few years earlier, it feel old back then in 2013

someone needs to add the motown mile track from road and track, there are at least 20 laptimes I believe that I've been itching to add.

I would also rather see a car go beyond its roots then get phased out, And I'm sure if they made it it would be, awesome, I'm also pretty sure they could do it without FI,and still meet mist emissions, FI is more a trend then a need today, but still,also Chevrolet could have gone na, but "Certain' emissions they couldn't comply with, And emissions are getting stronger and tougher as the days go on, kinda sad though.

The problem is that dodge is getting a lot of noise and selling buckets of hellcats that in a straight line at least, can keep up with a viper, which for 90+% of the owners is what matters

If by adding a super charger can give the viper 800hp (probably actually more but advertised less) they'd be selling so many more and you'd see them on the drag strips all the time.

That is more awesome in my mind than the car simply being phased out.

No I agree, The Vipers main selling point is its awesomeness, Always has been, Never was a Viper that wasn't awesome, You want future tech or complexity out the arse get a Bmw, you want crazy awesomeness get a Viper, But, The Vi piers will always be awesome no matter what aspiration it is Turbo or SC, But I think it should stay Na, Heritage is a bug part of cars for me.

Exactly, dodge is not going to sell for its precision and engineering. It's for its bonkerness. So please, more hp

IMO Viper did terrible entrance and got remember as fast car but terrible at many points, not enough delicate and precise.

They should debut with 3 models at once:
1)-Very cheap very base, with maybe not even 600 hp, just fit some N/A V8/V10 engine price way undaer 100k$ and it would sell great no matter what just by the looks.
2)-Main Viper
3)-Turbo/SC Viper with new transmission, with over 1000hp, even it would be bloody expensie it would sell good, just by they crazy numbers, as the most crazy car in the world. And would rise sells of lower models.

And with auto transmission as an option, Viper would be very sucessful.
Now this isnt doing great sales - mostly beceause poor managment, poor marketing, terrible selling strategy, and car could be better too.

Well u can't get 800hp in a viper NA unless it's got insane expensive tech that won't be easily workable like the ones they have now. GM couldn't do 650hp how is a viper going to get more power than a hellcat without FI

Im all for a Super Viper, But id rather not make it SuperCharged.

Well I see nothing wrong with a 800hp viper

It certainly is not

Good news for Mopar guys! Check this news!
http://horsepowerkings.com/reports-are-coming-in-saying-supercharged-v10s-have-been-delivered-to-chrysler-viper-update-coming/
According to Chrysler, this optional pack will released alongside with the new Viper ACR because Chrysler don't want to disturb Hellcat's sales. Horsepower range between 750 to 800 Hp.

Despite there's no Hellcat in Viper, Chrysler said they will upgrade Viper soon. According to Allpar, there's a sight of prototype Viper in Chrysler Proving Ground. It still has same shape and design but there's a rumor spreading said the car now carry 825 Hp and 650 ft-lbs matted with ZF8HP90 transmission. I'm not sure they were real or not but soon it will be revealed.

After some critics they realy want to improve this car.
Those pictures are some Mopar SEMA tuning shit. 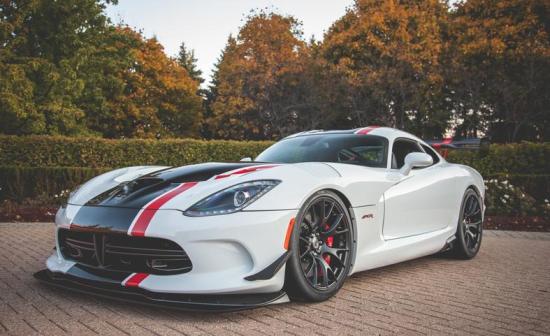 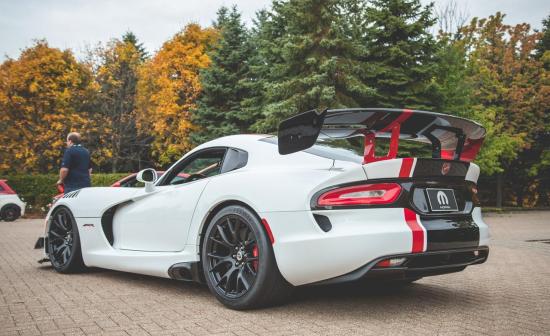 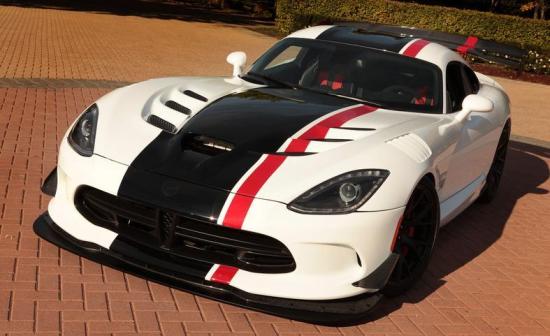 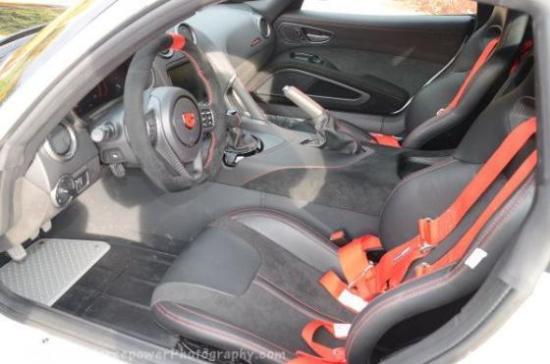 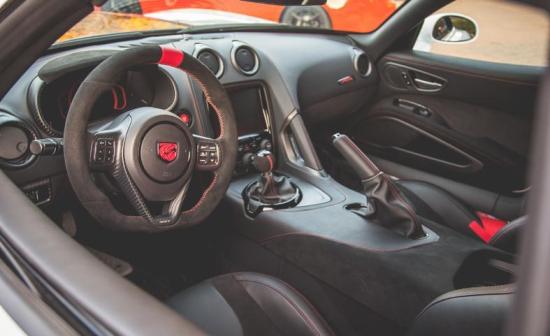 @BR2+: lol, it's a shame that by the time most people can afford these cars, they're too old to enjoy them.

Hey you can get n RT/10 or a GTS for around 30k or so today, so you might be fine, plus you'll prolly have your pension and social security n what not, plus plenty of time to save.

Although by then you'll prolly have a bad back, possibly false teeth, a large supply of jello n prune juice, n insurance for your walker or cane by then, n most likely a Cadillac Eldorado with an orthopedic back pillow, But hey, you'll have money in the bank...unless you live it in your will to your grandkids....

@BR2+: lol, in 25 years, it'll be a classic and probably more expensive. I already have an SUV on layaway, I pick it up in 6 days.

Still too rich for my blood.

@aaaa, they would need to be. they need their cars to be MUCH better than their past reputation, to win buyers back.

To be honest, I dont think this will give the ZO6 a run for its money, I could be highly wrong, But i just get that feeling, Unless this new 2.0 has some serious improvements.

Yes many things are possible in theory but unless there's concrete evidence to support ...

If you check out the "Maserati Indy" from that era, it ...

My boy collects vintage Italian cars, his Espada runs 0-60 in ...

are you familiar with Hitchens's Razor? any claim without proof can be dismissed without ...

I benchmarked the 0-300km/h times to within acceptable tolerances against modified ...

Anyway moving along from the "distraction" below. The SSC Tuatara achieved ...

You very clearly are SO clueless I'm embarrassed for you! ...