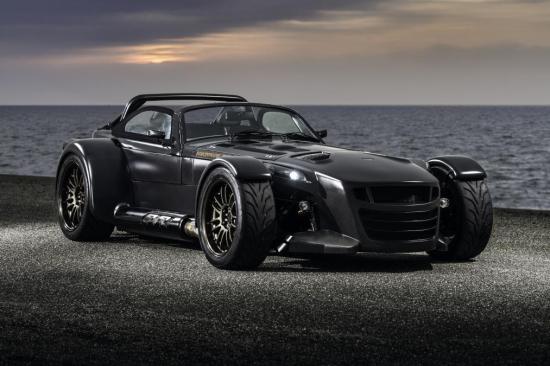 Why Le Mans Bugatti 1:44.4 laptime was deleted? Here is the link - https://www.youtube.com/watch?v=34cvuaF_cxM&index=1&list=FLGBsJmN13yTppDJHNvwruIA

it can with a total weight of 695kg

Race cars (exteme case formula one) win (lap times) on most circuits against race bikes (much higher curve speed). It is no question. But in one single narrow chicane a car can loose more than 10 seconds when the bike must not break for it.

Derb i knew this comparision, but i really don't believe the car's driver was able to push properly the Audi. When we speak about car vs bike comparision we don't have to consider many reviews. It's unuseful to search at random some comparision, becouse we'll miss the point. For example there's a car vs bike comparision in Quattroruote magazine in which a Suzuki 750 is 15 second slower than a Porsche. It's a non sense, the bike hasn't been push to its limit. So we have to find some reliable comparision. It's not so easy. I just give you an example: some year ago Cristian Fittipaldi test a Lamborghini Diablo in Imola circuit. Cristian was a formula 1 driver so you could think he's able po push the Diablo to its limit. His lap time was 2.17. Then Sandro Munari, Lamborghini tester, drove the same car in the same day. His lap time was 2.07, 10 sec faster than Formula 1 driver's lap times. Strange, but true. This example is to show that is not so easy to know how the driver is able to push to its limit a stock car or a stock bike. I love car vs bike comparision, it's about 20 year i'm interesting in it, so i have a little ability to understand when the comparision is reliable or not. But there's still so much to learn.

By the way, in april New Zeland Autocar issue there's an interesting comparison between Audi R 8 5,2 and Honda Cbr 1000 RR.
The location is Hampton Downs circuit and the bike's driver is Aaron Slight. So no doubt the bike is properly driven. Aaron have to push harder and harder to beat the car becouse in the first part of the competition he was 1 second slower than the Audi. Trying and trying again he managed to beat the car by 1,2 sec. But in corner and in brakes section he was by far slower (average 10 km/h slower in corner). In the article they say all depend on the track, sometimes the car win and sometime the bike win. So we are at the starting point.

You said it perfectly Marco Switar.

Yes, i have a source in an Italian magazine.
I know the statement is not true for every corner, but i have so many bike vs car comparision which show that sport car are generally faster in this area.
I remember the first one, Ferrari Testarossa vs Suzuki GSX R 1000, the car was way faster in corner, but losed too much in straight line, so Suzuki did the better lap time (2.07.63 vs 2.10.76).
From time to time magazine made other comparision, for example, Hayabusa vs F 50 and Lamborghini Murcielago, Porsche 911 Turbo vs Suzuki GSX R 750, Ferrari Enzo vs Ducati 999 (with little modification). I remember also Nissan GTR vs Kawasaki ZX 10 R ando so on. Telemetry show that car are faster in corner, with little exception, for example some chicane, and some corner whic end in stright very soon. In Nurburgrin bike are generally slower, too bumpy track. The best time for a stock bike is 7.21 in BTG configuration,19.1 km, so you can consider 7.44 for 20.6. BTG lap time for Ducati 848 show that 8.25 is not its limit, it can go faster, about 8.00 i suppose. But it's real impossible for a stock bike set 7.24, like Porsche GT 2 Rs. Other track are better for bike. For example Orschershleben. Aprilia RSV 4 100 lap in 1.32 with a professional driver. No stock car for the moment set a comparable lap time. It's difficult to end discussion with a definitive statement, we have to see case by case.

To be fair, if we are taking the best of the bikes laps and comparing them with cars then we should compare them against the best cars.

That's a laughable laptime for the 848 lol, supersports run around 8.00.

i think there's a little misunderstanding about Hockenheim lap times. 1.44 is impossible for a stock Bmw S 1000 in the same autobild configuration. Probably it's IDM configuration. In recent test with professional drivers Bmw s 1000 did 1.50, but it was not totally stock. At its best a stock bike could run as fast. Highly modified bikes, lighter and more powerfull, preparred for superbike german did 1.44 - 1.45.

there are too many variable to be considered in car vs bike comparision and many comparisions are unuseful due to unfair evalutation criteria. Now day a 1000 cc sport bike could lap the same sport auto nurburgring configuration in about 7.42 - 7.45. A professional rider with a Kawasaki Zx 10 R model year 2011 did 7.50. In Italian magazine Bmw S 1000 RR with a professional driver lap Mugello circuit in 2.00.6 while a Ferrari Enzo set 2.00 dead. In Monza circuit no car can compete with Bmw S 1000 (1.52.4 vs 1.55 Ferrari Enzo). In other tracks you can say the opposite. In a recent comparision John McGuinness, Tourist Trophy driver, say that it's impossible for a bike to corner as fast as a Mc Laren MP 4 - 12 or Ferrari 458 and he said a stock bike is slower in that track an only his race bike could be faster but with a small margin. And so on......

Having had both performance bikes and cars I can say without a doubt the cars are faster through the curves. Even leaned out with the peg dragging the cars always maintained higher speeds.

Although it sure felt faster and more entertaining on the bikes.. and nothing compares to the acceleration on the straits.

I no longer mess with bikes.. too many close calls that nearly killed me that wouldnt have even been a issue in a car. But I still crave the feel of riding a bike, its like a drug.

Car vs bike on the Nordschleiffe.
A CLS 63 AMG with Performance pack.. vs a Ducati 848 EVO.

Car vs Bike will always depend on the variables.

I say the S1000RR doesn't win an awfull lot against this CBR 1000RR, but some cars out now will definitely win a second or more against that early 997 GT3.

@w0o0dy
whats your problem?
i disprove every shit and fault you made!

i found the http://www.gaskrank.tv/tv/werkstatt/audi-r8-vs-honda-cbr-1000rr-fi-9868.htm
it was even only a cbr 1000 rr (mybike) and martin bauer was his name
and name of the track is Spreewaldring
and this was the slower abs version of the bike

@Derb: of course... even with laptimes to prove you're wrong its the other guy that doesn't know... sure dude.

@wooody
i forget something
im absolutly sure that you know nothing about bikes!

@w0o0dyyou are not right
on circle a bike has nearly same speed than a car
in a corner without braking is a sortcar not faster (only 1 or 2 kmh)
and on the straight the cars is also not so much better in breaking
only at very low speed
the braking distance from 100kmh to 0 is is 3-4meter longer from a bike
but from 200 to 100, the braking distance is nearly the same
in some cases the bike is even faster
because a bike have a very bad cw-value
where the bikes are really much bader than cars is breaking into a corner but when they accelerate
they win more time then they lose

nice example?
i hate rain too
but the biker can go so much faster
but it is too difficut
the risk of a crash is too big
with a pro rider the m5 has no chance even i the wet

thats not rudimentary the best fastest bike and over 2 seconds faster with a non pro rider
if this were a motogp track ,
a motogp rider were easily 3-4s faster
maybe more

there was even a video on youtube(i can't find it anymore)between an audi r8 5.2 and s1000rr rider was jürgen fuchs
the bike was over 10s faster in one lap (i think it was the nürbugring full gp track)

its the same case between for example an gt3 rs and nissan gt-r,italia
the nissan wins nearly everytime because he is so ****ing easy to drive in contrast to the gt3rs

@Jeff B: if a heavily customized ultra light cannot go faster than 7:17 on the 19km Nordschleife it means it would need about 7:38 for the 20.6km SportAuto lap. That makes it about as fast as the Lexus LFA... this Donkervoort D8 GTO will be much faster than that...

@Derb: you're wrong there. The reasons for relative bad laptimes of superbikes compared to cars are slow cornering speed, bad braking performance.

Here's a nice example (although in the wet) that clearly displays the weaknesses of bikes in track driving.

1993 set Helmut Dähne on the longer nordschleife version a 7:49.71
with a series motorcycle
that bike had nearly 100hp less than the s1000rr and weighs more