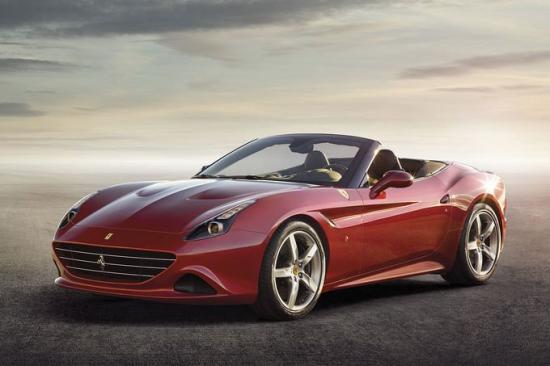 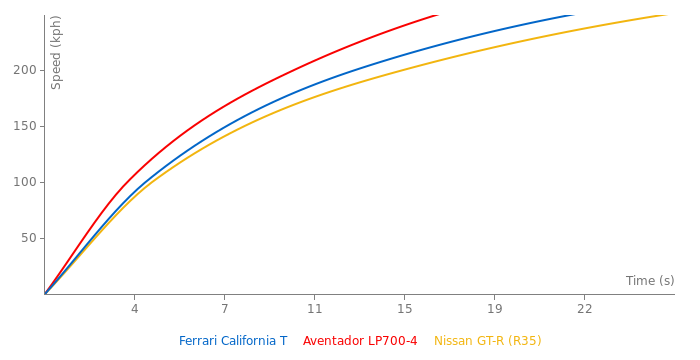 Ive been in one before - the torque is shocking it pulls and pulls! Will always love the cali T

In the future could you add a feature on the curb weight line that's like curb weight equals 1,499-1,577kg
Corvette C7 Stingray Z51 example

Changed. In future it will be best to show a weight range for curb weight. Like 1799 - 1850 kg. Just like it is supported for fuel consumption see Aventador SV page

Changed. I will later add some of the other stuff that was published in that C&D test.

http://www.caranddriver.com/reviews/2015-ferrari-california-t-test-review
Could you change curb weight to 4064 pounds 1843 kg

This thing is realy fast for that kind of car.

In real life it could even beat 458 Italia in roll drag race.

Can someone update the car stats with the data from the car & driver test?

I wouldnt mind seeing that, But most likely they will make another version of this car, And the F12, They have so far with the other models, Dont see why they wouldnt now.

2 models more would be perfect.

First - the hardcore, lighter and more powerful version of F12 - it would be nice but it is not a must.

But it could be a competitor of 458 then so i dont think it will happen.

Im sure there will be a test of the 2 in the future seeing as there isnt much competition for this in its own segment, Including price and power figures. But i dont see this thing in any speed figure matching a Turbo S, Or even Turbo, Could, But i dont think it will.

We will prolly find out soon enough, Tat is if they will let them...You know how they get..

@BR2+ i know that most ppl know but 196ss said that California T and 991 Turbo S have the same powers figures.

On paper yest but not on dyno (crank power).

Whenever Ferrari lists a cars weight...Its always off what they say, Practically like every other manufaktur, The weight listed here is dry, The actual weight as advertised is 1729Kg, Which in reality is more like 50kg more, But yes also depending on specification, But not many cars will have a Huge load difference, Depending on what one thinks is huge.

We also no that the Turbo puts out more power then claimed, You dont have to keep reminding us that, We have known that for years.

Even if the Turbo had Rwd, It would still win, By less, But would still go, But faster times with the car will come.

Ferrari does not lie about weight. Ferrari advertises the weight (curb and dry) of car with standard level of equipment (and even with lightening options in some cases). It is written on Ferraris dealers sites.

It is obvious that you can make car heavier if you take many luxurious/comfort options.

This car on paper has very similar specs with 991 Turbo S Cabrio: same power, same torque, similar claimed curb weight, both have very fast 7 speed DCT. But in reality Porsche is much faster for several reasons:
1) Turbo has AWD, - much better traction from the start.
2) Ferrari engineers restricted torque on 1-3 gears to only 600 NM, driver can use all engine abilities only at 7th gear. http://www.autoreview.ru/archive/2014/15-16/California/torgue-curves.jpg
3) Ferrari was lying about curb weight just as always, in reality it’s at least 100 kg more.

@BR2+: I think the best engines for high end European cars are V12s, I would like to see more American cars with V8s.

Its very fast in every way no matter what Hp segment. If were going on Bhp numbers, Theres loads of competition, But add that with the included price, Then theres only One car that could be comparable, The Aston Martin AM310 Vanquish Convertible, Which happens to be in the same Bhp, Weight and price range.

Yes i wouldnt mind more V12 cars from anyone, Its all V8s these days and im quite tired of that.

Obviously it is a very fast car but competition even in this segment is very hard.

Much cheaper cars like bmw M6 cabrio, Jaguar F-type R cabrio are only slightly slower than this.

Not saying about Porsche 991 Turbo cabrio which is faster.

But when compare this new California to previous model it is so much faster and better looking (and also much better handling from reviews that ive read).

In general the performance figures of that car are ok.

Yes, And there shouldnt have been one, However, Like ive been saying, Ferrari should stick to N/a, And maybe make a Strict series of V6 Turbo cars, Car companys are going off there traditions and roots, And i REALLY hate that, Like Bmw and MB. 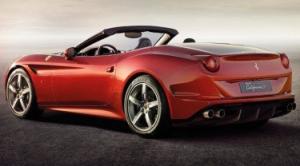