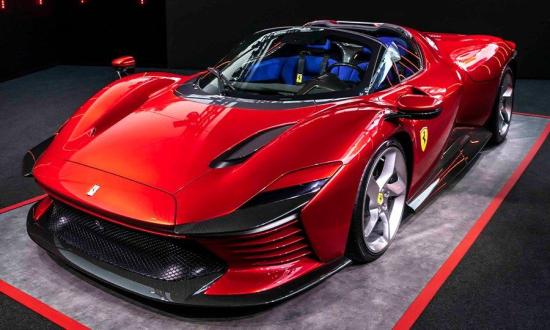 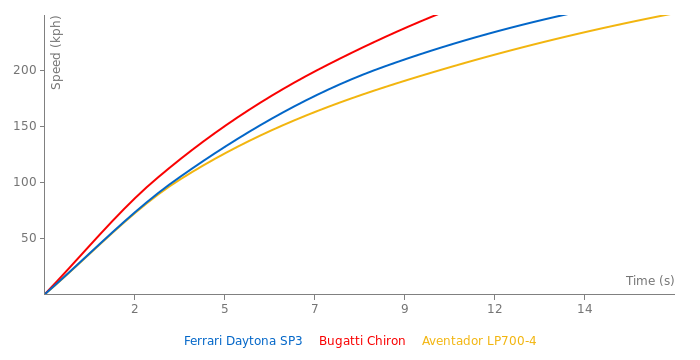 "Dr" cosmio, give me your verdict on THIS Ferrari? What do you think? LOL!

Benchmarked the Ferrari 812 to get an idea of dry to wet weight! Sourced ofcourse.

Meanwhile in the United States of America>

So that's the gearbox too?

Quote>"The transmission for the 812 Superfast is a 7-speed dual-clutch automatic gearbox manufactured for Ferrari by Getrag, based on the gearbox used in the 458 ."

So, when the McLaren Speedtail was unveiled the performance atleast if only in a straight line was differentiated as compared to the McLaren 720S by a significant degree accordingly to McLaren's own numbers, as it's never been tested. Also only 106 were ever manufactured.

In the case of the Ferrari Daytona SP3, it's the baby Ferrari the 296GTB that's more technologically sophisticated bar full carbon fibre monocoque construction, but it's performance envelope is accordingly to Ferrari's own published figures a match for this car, very nearly enough!

Now ultimately it's irrelevant right? Well, no it's not. Flagships are exactly that! So until proven otherwise I feel the 296GTB is looking very likely to SPANK it! This site is "Fastest" afterall. The racetracks will be more intriguing.

And if it's "emotional" attachment then Godspeed to the buyers. Because the majority will judge it on it's performance not asthetics or resale value. Anyway just some thoughts.

The Ferrari SF90 is an incredibly impressive, engineering powerhouse irregardless and my current favourite until the baby Ferrari arrives.

It's exactly the same with Bugatti, I generally prefer the Chiron particularly Supersport (even including the bollocks) over the Centodieci/Noir.

Actually a great rival to Lamborghini Sian
Both nearly have the same power
Both have some $2M price tag
And both are kinda inspired by their 80s models (Sian from Countach and this from Testarossa and maybe F50?)
But they are making 599 of these!!!
599 is seriously a lot for a car that's supposed to be a limited production model

I HEAR IT HAS POP UP UP AND DOWN HEADLIGHTS

My first impression is Laferrari>. But then I conceded I Love that car.

(Although this car is prettier, perhaps.)

So, they basically made the targa version of Ferrari Enzo after 20 years?

Weight DRY> 1485KG* WITH lightweight parts, so not standard specifications! So that's 1600KG+ very likely wet. So without hybridity assistance it's the same weight (ish) as the Laferrari or more?

Because there is no comparable data. One car has factual 1/4 time and the ...

It's the perfect garage queen, whoever bought one knows it's a ...

Did you pull all these numbers out of your A-S-s while ...

This is by far the ugliest super crock of shit that ...

They set records with non stock cars, all the times should ...

The Hybrid battery dies before the 12v battery when you push ...

The Mcnuggets Tails Between its Legs.

Verifications data chart PLUS Superbike data and it beat EVERYTHING! https://ibb.co/q FHW80q ...

LOL! Yeah the Lotus Carlton (here) was an animal! I remember ...