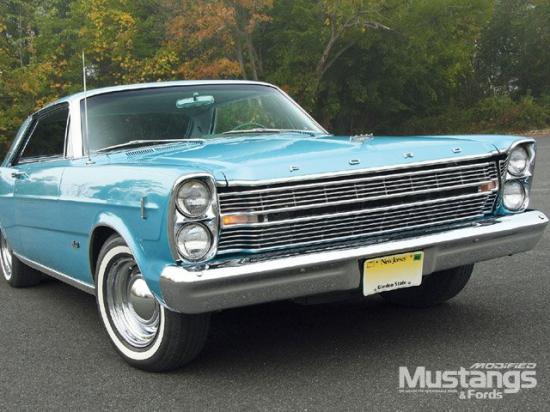 @ Mental: Thanks :D. But sadly my car is not standard when I do the lap times. The tires came from Skyline GTR Z Tune, Suspension came from aftermarket part, and the last Transmission came from my friend's Challenger with 4.11 final setup. Not bad for Frankenstein car.

@Super8
That's a fast laptime for this car, especially you being not a pro-racer. Fine fellow! Looks like you had lots of fun.

@ BR2: Skyline GTR (Japanese and Nismo spec). Yes it's open but only when time trial event is held in there. You can drive your own tuning car set your own lap times or race with other tuner. The event is held every week. Usually, I go there as spectator not racer. The fastest laps in that circuit is held by M-Speed R34 Nissan Skyline GT-R (Best Lap: 55.23sec, with Top Speed: 227.282 km/h) on time trial event but that's for 2007 event.

Is Tsukuba open to the public? You have to pay a fee?

And im pretty sure the GT0R uses Dunlop Sport Maxx and not Bridgestone Potenzas..

@ BR2: I'm not that bad..... -_-
@ Shaggy: 1:11.53 ;D. But I'm not set that on record book. I can reach that cuz I borrow 4.11 final from my friend's Challenger while he using new B&M 4.56 final. Also, I'm using aftermarket high performance suspension and Bridgestone Potenza tires where you can found it on Nissan GT-R. It really boost my car's track performance. My friend Challenger with same set up set 1:11.49. He got better weight than mine.

Yesterday, I drive this one in Tsukuba. So, anyone want to know the lap time?

@ Super8: I have news, a very good friend of mine who just came back to work bought a 1994 Honda Civic Coupe, already modified, body kit, custom paint, spoiler, cat back exhaust, aftermarket wheels, that's all the mods I know of for now, the first decent car I've ever seen her drive.

@ Super8 : What are you doing in Indonesia ??
Hope you win and take care .

@ Super8: I really hope and pray you win. You shouldn't have to suffer because of someone else's recklessness and stupidity.

@ Shaggy: No she's not but she mad at the boy. She's really pissed off and wanted to charge toward the boy's parent because they allow their boy to drive without license and makes me gone to hospital. My family will be here soon. My friend will be a witness on this case cuz she ride alongside with me. I still can't believe why a lot of Indonesian people still not care about street law.

@ Super8: I'm glad a broken leg is all you have, are you ok? I've been in a couple accidents myself, but only fender benders. If you are caught driving without a license in America, you could face jail time. I find the safest type of vehicles you can drive are mid- size pick-ups like my Dodge Dakota, full size pick-ups, mid-full size SUVs, vans, and large cars. Is your friend mad about his motorcycle?

@ Shaggy: I had a bad news for you. I got an accident and i broke my right leg. And guess what? This happen in Indonesia. That ****ing country is really piss me of. I drive my friend Suzuki GSX-R and hit a boy who drive stupid bikes. He crossing a red light on intersection and i hit him on 80 km/h and stop after i hit tree. Surprisingly he doesn't have a driving license and he drive that bike around the town. Man! That was some serious shit! I hate that country. Next time i'll drive something big like FJ cruiser, Tacoma or big sedan like Camry.

@ Super8: I can only speed on the southern end of the highway I mostly drive on to get to work in McRae, going north toward Dublin, the highway is crawling with sheriff dept and state patrol, so I don't go over 65 unless I'm overtaking. I plan to install a K&N air filter in my truck in a couple months, it should give me about 10 more horsepower and 3-5 more MPG and it never has to be replaced, just cleaned, so it'll save me some $$ in the long run. :)

@ Shaggy: I never reach 60 mph on everyday driving but i do ever reach 130 mph when try to outrun Nissan Z33 on Akasaka Straight. It's really hard to reach over 60 mph when a lot of speed camera surround you.

@ Super 8: Actually, I enjoy the drive, I listen to music and set my cruise on 65, it helps me clear my head. The commute isn't so pleasant when I'm running late, I thank God the route I drive on isn't patrolled between 12:00 and 6:00 am, I've gotten up to 109 MPH on that highway and my Dodge still wanted more. I don't like to drive over 65 on that highway, I only speed when it's absolutely necessary.

@ Shaggy : Yeah right! It must be boring to drive on lonely highway around the states eh? In Japan, i never drive more than 45 mph around mountain road. There's a lot of speed camera on some mountain road that irritating me. Luckily some mountain drifter can solve this problem. I ever did 130 mph on Akasaka Straight without detected by camera.

@ Super8: The Daihatsu Midget reminds me of when I when I was working in housekeeping in the Veterans hospital in Dublin, Georgia, in the basement, and outside, the employees drove these electric utility carts that had little truck beds, one time some of my coworkers and I were playing around and they took off in one of the carts, I chased after them on foot and caught up to them. LOL XD I was 16 or 17, then. 9 or 10 years later, I'm playing a Gran Turismo game with my cousin's 10 year old son and he picks the Daihatsu Midget, and It brought back that memory and I bust out laughing, in the game, he drove it at the Suzuka oval track and topped it out at 58 MPH.

I'm sure you'll be laugh if see Daihatsu Midget.

It has 4 doors, the back doors are small and open backwards like suicide doors. Mine is the first year of the 4th generation face lifted models, and one of the last years Dodge built it, with one major facelift, the Dakota went from being one of the ugliest trucks on the road to the best looking. It was also available with a 4.7 liter SOHC high output V8 making 302 horsepower and 329 LBS FT of torque. I like the size, large enough to command some respect on the road, but still small enough to be nimble and maneuverable and to not need a V8 for decent performance. I plan to keep it mostly stock, might install a K&N air filter for a little extra power and fuel economy, but if I were to put a crate Hemi in it, I'd go with either a 440, 426, or a 540 from Mopar, but the V6 does nicely. I love my truck, it's my prized possession. I've seen a Daihatsu in a video game before, looks like a toy.

@ Shaggy : It's still better than some Daihatsu pickup around Osaka. I think that car would be cool since there's not much big muscle truck in here. Is that single or double cab? It would be better if you put 502 Hemi in there ;)

@ Super8:I have a pick-up truck, a 2008 Dodge Dakota SXT Extended Cab, it's 2 wheel drive and has the standard 3.7 liter 226 cubic inch SOHC V6 producing 210 horsepower and 235 LBS Ft of torque mated to a 4 speed automatic transmission that adapts itself to the driver's driving style. Not really anyone's dream car, but an excellent truck, nonetheless, I have over 65,000 miles on it with no problems except for a window regulator I had replaced in the driver door. It has proven to be very tough and dependable, and 210 horsepower is enough for what I need it for, it had pretty good passing prowess, but gas mileage isn't too good, 15 MPG in the city, 20 MPG highway, and I average 19 MPG. 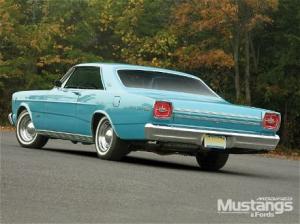 It would also be lowered by about 0.5 inches.