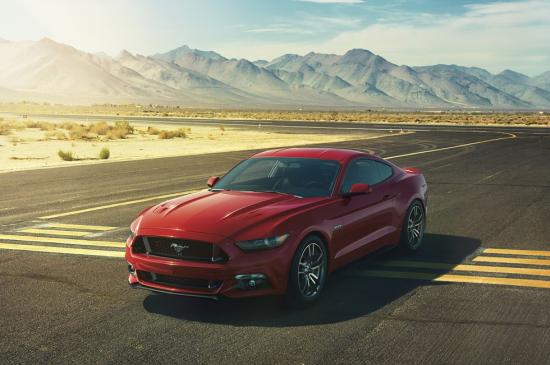 They can definetly get more power from it, Has a Actual power figure even been released?..

440Bhp and 450Lb ft should be it IMO, But they may be aiming for the M4 and refreshed 1LE, So they don't want to over do it. This will prolly lose In acceleration slightly, but will prolly win round a track, Its is supposedly faster round a track then a boss 302 LS.

Yeah, I agree that the 5.0 Coyote engine can easily produce more power in N/A form. The problem is the same Ford has had since the 2011 models: the MT82 transmission is weak, and can't handle more torque.

Can this rival M4 ? I know it rivals Camaro SS.

"Doubt they can squeeze much more from a 5.0 without going to forced induction."

They definitely could have got way more power out of the Coyote V8 without supercharging it. I just don't understand why Ford didn't offer more power. There should always be an evolution of power ratings with every next gen.

Or are they going keep things as in previous gen, updating the model every second year?

It did lose 200 lbs, and was already fast for a $35K car. Doubt they can squeeze much more from a 5.0 without going to forced induction.

Excellent, But that rear end is questionable, And only a 5Bhp increase?...Guess they didn't want to stray to far from the updated Camaro and new M4. Interior im not so sure, Doesn't blow me away, Kinda looks the same. But I cant wait for the top versions, Id LOVE it if they bought back the Boss 429.

The pic for new Mach 1 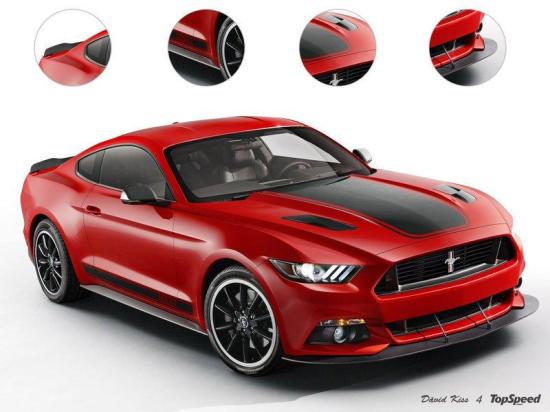 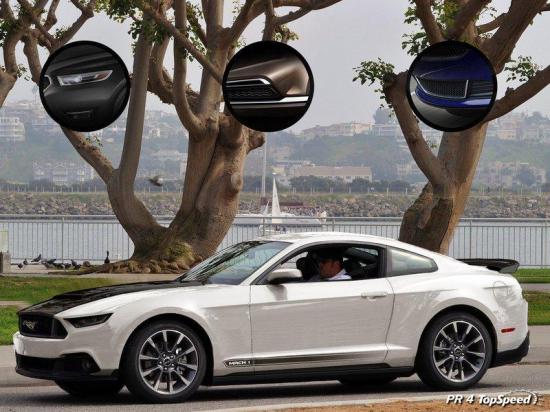 I like this new side of pony cars. Plus, Detroit has to do things differently if they ever want to drop the preconceptions embedded in peoples minds because of all the junk they had been making(70's-80's era) 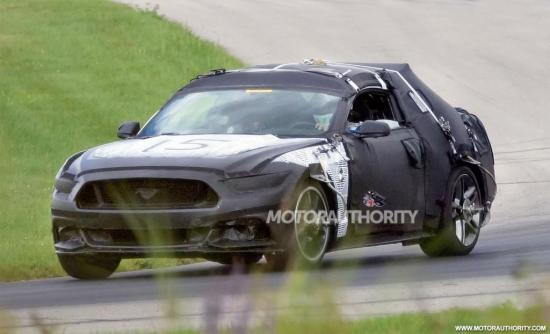 I hear a news about Ford will drop Shelby GT500 model and revive Mach 1 model. It will have turbocharged V8 engine rated almost 700 hp named Voodoo. What you think with that?

@Mental
I agree as far as styling, but I am going to suspend final judgement until I see one in person. As far as the live-axle rear, I don't think it was a problem for tracks, or smooth roads. I realize of course that some of those other folks who look only at specifications think it is extremely important. The biggest concern that I have is the fact that apparently no transmission changes are in the works. The Mustang GT will still be equipt with the Ford/Getrag MT82 six speed manual that frankly kinda sucks. I have been driving manual transmission cars for over thirty years, and the MT82 is the worst so far.

:
...which will make the Mustang turn nimble at last. Well, if not drag strip, but the track performance should slightly be improved.

I'm definitely not satisfied with the new Mustang. I'd be willing to see it already outputting 450 ponies with a much more pony design. I hope the next Shelby GT500 won't follow the same tendencies.

After 50 years of domination in pony-car category, Ford is entering the global standards with the VI-gen Mustang... And I have to say, I'm quite disappointed about it.

The new design. It is so controversial! On the first glance, it looks as a refined evolution of the V-gen 'Stang. The front and profile look quite nice and elegant, actually. But it lacks muscles... it doesn't scream that "Born in the USA!" anymore... Looks too much European, and that's a bad thing, IMO... But further goes even worse: the rear is bland and disproportional! WTF is going on with American automakers designing rears? Corvette, Camaro and now Mustang have their back ends spoiled in their latest interpretations...

Thankfully, I have to mark that American interiors are getting more and more improved lately.

Anyway, what I'm disturbed the most is the engine choices... Why no power bumps in Coyote V8 engine? It's absolutely equal to the outgoing GT! Instead, Ford decided to install the EcoBoost in Mustang... A 4-cylinder engine in a muscle car?! What an absurd! If you are obsessed with fuel emissions, get a Taurus SHO. But Mustang without the emotion, the V8 roar, is meaningless, losing all the charm the true original Mustang was famous for. EcoBoost will only destroy the Mustang's ride quality. Shame!...... Hybrid Mustang is coming soon... -__-

Hopefully at least, VI-gen Mustang ditches the ancient live rear axle, in favour to the independent, which will make the Mustang turn nimble at

The real deal  8y ago

If you have nothing nice to say, then kindly keep it to yourself.

@Z,oh shut up and go back to sleep idiot troll.

@hemisrt
I agree, Ford seems to have avoided making it ugly. So far I prefer the look of the 2010-2013 models, but I will reserve judgement until I see the new Mustang in person.

It's the 2014 Ford Mustang GT.
I think it's 2014 because Ford wants to celebrate 50th anniversary of the Mustang.
IMO the style of the new Mustang is too global and old Mustangs are more masculine. :(
I hope that the new Shelby Mustang will be more American looking.

What a change, what a jump in terms design!

Wow, Ford really stepped up to the plate...
I can't wait to see the Bow-Tie and Blue-Oval go at it with their refreshed pony cars!! :)

Im confused with those official years. This is messed up by marketing purposes.
So car is introduced in 2013, will be produced and sell in 2014 but is called the "2015 year model" right? 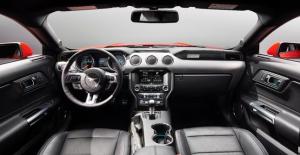 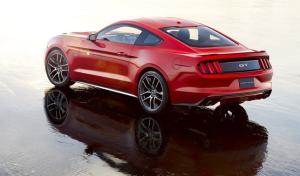 Even you're a broke loser

Koenigsegg has better designs and better performance than the baguette

Uhm taycan looks better than this

NO! This ENCHANTRESS will NOT be "deleted". Or the very gates of HELL will ...

Pretty sure that in equal conditions Diblo GT won't be slower on tracks. 7:56 ...