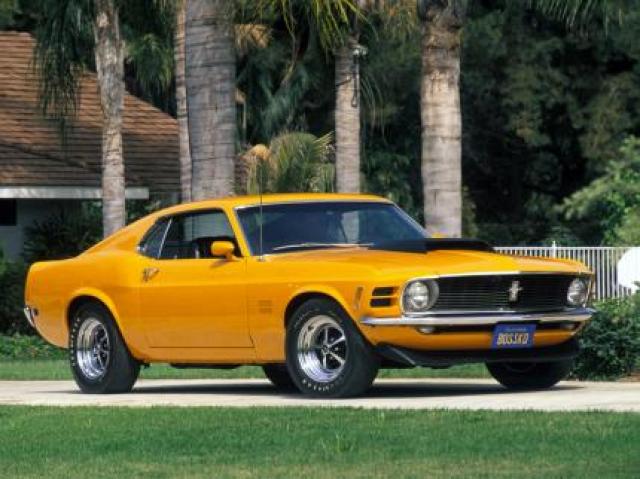 @Mike B thanks. Groovy site. Even includes the original Car Life magazine test results, far out. Kinda makes me remember the whole scene, back in '69 man. Whoops, never mind, just a temporary flashback. Back to 21st century.

Source of the numbers.

I remember that in 1969 we thought that there might never be a faster Mustang than the Boss 429. Of course nowadays even a brand new V6 accelerates as fast as the fabled big block (385 series) Boss 429. One must remember that pre-1972 gross horsepower figures for American cars are pretty much useless. I would guess that the 375 gross horsepower in the Boss 429 equates to maybe 275-290 in modern net horsepower. The gross torque ratings were usually closer to reality. Possibly close to 390 lb/ft in modern terms. These are guesstimates of course. As for top speed, with only a four speed manual transmission, there was always a trade off between acceleration and maximum speed. 127 or 128 mph is actually fairly generous, must have been with a taller than average rear end axle ratio, with at most four speeds the old cars were usually limited by their redline.

its gotta go faster than 127mph!

The most powerful of all the Mustangs of the 1960s and early 1970s. However, it was also 700lbs heavier than the 1964 original. Lee Iacocca called the car "a fat pig" around this time.

It was really difficult to concentrate so much crap in a single post. You ...

An old Fiesta ST is cheap and fun. I could buy one for just ...

interesting, an asian car in yellow color lol you sure outdid yourself this time ...

Nearly the same performance numbers as my supercharged Jaguar XJR -- even though the ...

Nothing has great value anymore. How much is a Golf GTI ...

To punish you for this, I changed my avatar to Lexus ...

"sick man sick" bahaha fully sick. I reckon that had more appeal than the ...