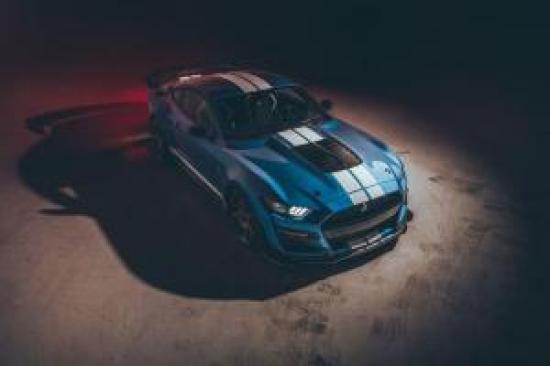 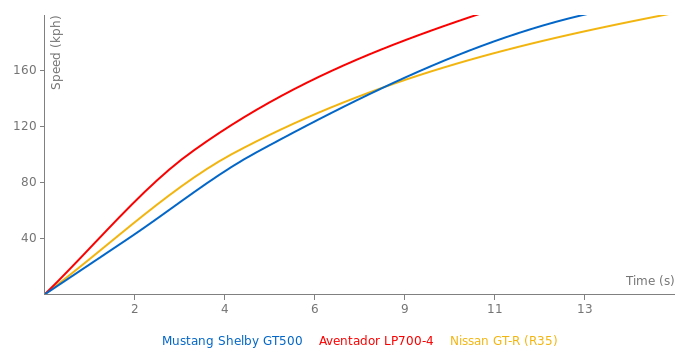 How are people proud that this car is faster than a Cayman GT4 with 360 hp more? That's a whole mid range performance car lmao.

your modified car is faster than a production car? who would have thought.

And YES there are caveats. Very obviously. Work them out!🙃

I'm guilty of overcommenting on this page, so I'll take a break from straight line performance metrics and jump right to the lap times! ;D

I made this spreadsheet widely readable for all petrolhead audiences; this means I have the Mustang counter on the right of the three pony car counters as well as on the bottom.

Usually the Mustang doesn't corner as well, but the Handling Pack GT500 is as expensive as a fully loaded ZL1 1LE. The CFTP GT500 however is as expensive as a fully loaded Redeye Widebody, so that explains the performance differences. Averaging best CFTP and best Handling Pack times, 7:15-7:16 around the 'ring is reasonable (ZL1 1LE is estimated at 1 sec slower than GM's verified test time, @7:17).

Contrary to its size and straight-line performance, it shouldn't lap more than 2 seconds behind the McLaren 600LT and Porsche 911 Turbo S because of its amazing set of 305- and 315-wide front and rear track tires.

The GT500 is absolutely more stable than the Hellcat Redeye, but it's not as good aerodynamically despite its nimbler size. The GT500's estimated drag coefficient rating is technically 0.355 Cd, but only when it's cruising at city-friendly speeds. Due to downforce and tire safety, the car starts to feel "slower," which is the symptom - but not the cause - of the higher drag at autobahn speeds. However, if you do opt for the CFTP variant, the rating remains at 0.48 Cd no matter what.

Ford underestimated the top speed to keep the GT500 as inexpensive as possible. In actuality, its bodywork is far more expensive to work on than that of the ZL1 1LE and the Hellcat Widebody.

Full disclosure: Physical stats are estimates of my own; I refuse to take magazine tests and manufacturing claims word-for-word. I do not take liability for any errors.

TL;DR: The Cobra-emblem-wearing Shelby GT500 version of the Mustang is faster only by 20 mph (actually, 18 mph) without the limiter. Even then, it doesn't even reach the conservatively estimated "top speed" of 203 mph posted for the Dodge Redeye triplets (including the Widebody-exclusive Charger sedan).

The reason why the Shelby is slower is because Ford is not currently aware that Dodge underrates the Hellcat motors at a certain power/torque "rating," as opposed to Ford with its Predator motor.

Mustang GT officially competes with LT1/SS Camaro and the 392-powered MoPars, but insurance charges owners equally to V6 Camaro and 345-powered MoPars. Likewise, GT500 is a ZL1/ZL1 1LE/Hellcat/Redeye/Jailbreak/Super Stock/Demon rival, but it's treated favorably, more like the GT's rivals which top at 180...

Ford knew that if they had governed the car to 190 or 200, owners would be within 5 mph of the actual top speed in no time. They also strictly limited the car to 180 to avoid overlapping with the ultra-limited-production (Ford) GT.

I just saw this get GAPPED by 1.68 seconds and just under 22MPH in the 1/4 mile? Stock vs stock to another nameless car.

Now usually I'm not fussed or bothered. It is what it is? But I was MIGHTY upset at what I witnessed. Shaking my head!

Upside is, guess I like the car that much! Ahahaha!

NOW I'll find (if possible) something like this on an unprepared surface UNDER 11 seconds. Because that 11.3 seconds recorded is bothering me alot!

A MK2 NSX can smash a quicker time! NO way! Ahahaha!

Watch this teenager's video of his first trip to a drag strip in his new Ford Mustang, in which he hit the mark at 132.96 mph."

I had a friend tell me that each of these GT500s is worth US$2,500,000 in Europe and that only five of them were shipped there, therefore he said he wouldn't even "touch them." He thinks they're more expensive than a C7 Corvette ZR1.

Since we have an own page for ZL1 1LE handling package, may be we should make two different pages for GT500 and GT500 CFTP?
We already have plenty of laptimes for both trims, and track performance differs dramatically.

Mustang GT500 did laguna seca in 1:33, update this:
Proof: https://www.youtube.com/watch?v=5SaIt8pGthQ

So the GT500 was just dubbed the Road & Track Performance Car of the Year. The field was a bit weak this year due to Covid-19 as several top contenders couldn't make it. But apparently the Mustang didn't only win because of that as it is seriously good. It beat the BMW M8 Competition, the second quickest car, by far on the Lime Rock Park track, almost three seconds to be exact (on a track that takes around a minute to lap):

The GT500 is based on the newest mustang, but the headlights are from the pre-facelift model, because of the track widening. Interesting, isn't it?

This is one heavy car compared to a regular Mustang. What happened? It has carbon fiber parts, and I doubt a huge supercharger is very heavy. It might be the dual-clutch, of course.

Why every Ford Mustang has this stupid top speed limiter?
Safety reasons?
Or may be something else? 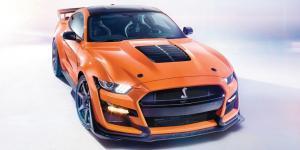 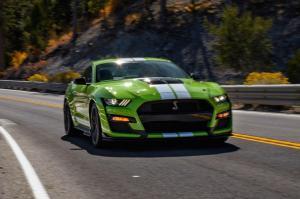 First test of the convertible. https://www.motortrend.com/reviews/2023-chevrolet-corvette-z06-first-test-review/