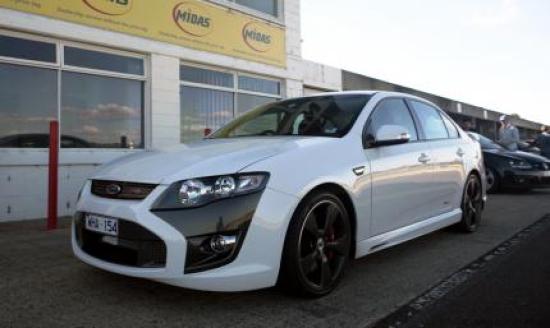 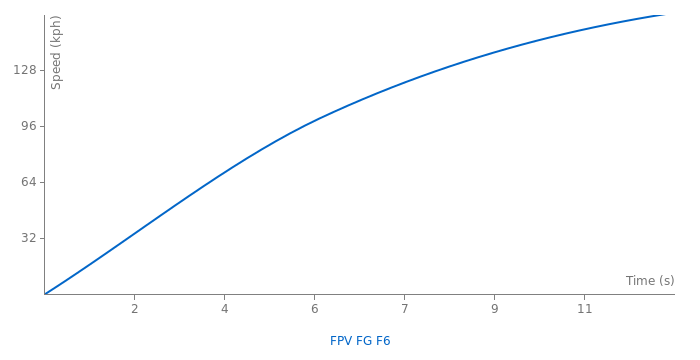 Lexus IS F vs FPV F6

Here you go. Publication showing a 12.9s quarter was done in stock form.

most UNDERRATED performance car in the public's eye. HSV marketing a clear winner but only to lose out to the truth.

I own a Fg f6 and never been beaten by a HSV and ive raced many.. only mods ive made is air intake and exhaust

Seems to me that stock vs stock HSV still holds the upper hand.

Also the new gt boss 335. Insane. Flash tune and pulley upgrade 380rwkw. In tune Motorsport on you tube will show you the tunes and updgrades. Ford/pro drive have really lifted the bar here. Hsv are really outclassed ATM

It is a good car. In comparison to a wrx. Not sti but wrx. My rex was mildly modified so I was really quite impressed it kept up really well at the top end. Its the, only boat I would consider buying. Better than xr6t , xr8, holden r8.

LOL i love all these haters all i have to say if this cars so slow and handles like a "yacht" how did it beat a bmw 335i coupe around a track(not a dodgy backyard race) but theres a video on youtube and its done by professional reviewers.

You mean you can make a car quicker by extensively modifying it? No way...

Oh, and there are H/C G8's that will spank your high 11 second car all day. I wouldn't be talking smack if I could barely break into the 11's.

Heck, this (https://fastestlaps.com/models/vauxhall-vxr8-supercharged) could match your times with just a pulley swap. Actually, it could probably do it with just slicks.

BTW, you might want to ask your mom where the period key is on her computer.

We are only allowed to use figures found by magazines or manufacturers. Third party times with slicks or drag radials aren't allowed.

Also, they don't have ford's land-yacht sedans in the states. So no, I haven't seen them run personally. I'm going solely based on figures reported by others.

If you can provide a figure announced by Ford or a reputable car editorial of a 12 second time, then do so. Otherwise, my statement stands.

Motor magazine got a shitty 13.4 out of the car because its tires are crap. An IRS, skinny little tires, and all that heft won't cut the 60' the car needs in stock trim to run high 12's, let alone mid 12's.

Maybe a third party driver could run a high 12 at a negative DA, but I don't know of any official claims of such a time. If we used this logic, the new mustang would be a low 12 second car on here. But it isn't. Get over it.

You can't be serious apathy?

Try mid 12s for the FG F6 and high 12s for the FG XR6 Turbo. Where do you get your misinformation from? Try going to a drag strip one day and see what these cars really do.

@fil .. HSV is nothing anst a FPV the FPV GT 335 is faster thn the HSV Clubsport Supercharged or any hsv, in a drag or arnd a track. so go and and get sme real facts b4 u commnt son!

The F6 are the best car FPV have made for power and affordability BUT Ford and FPV are a big waste of time, they are still running a 5.4 litre in their cars which has been around for a longgggggg time. They are maxing the capacity and power of their engines,making them tight and compact, making it very hard to work on the engine.I work in the ford parts division, and we sell 2-3 fpv's each month, as opposed to our local holden and hsv dealer selling 15-20 hsv each month. HSV have smashed FPV to bits in every way, looks, power,a better range to choose from. The biggest joke of FPV is the NEW GT BOSS Supercharged 335. For a 5.0 litre supercharged engine only making 335 kws (and that being tweeked to make 335) is pathetic. HSV standard 6.2 litre v8s's make 325kws with a bigger torque range. FPV GT BOSS 335 retail at $92,000 while the HSV Clubsport Supercharged are worth $90,000, having 470kws, FPV have not a chance. if you dont believe me, look up top gears clip on the superclubby on youtube.

One of these has gone down the quarter in 12.4 bone stock...

im not picking sides but ive found that many ford cars that ive driven have a massive amount of restriction in the steering.

no, its got an FPV badge, nice try buddy

its got a ford badge

this isnt the tyfoon is it?

Its not that bad looking.

This car is one of the best cars ever made in aus. Its fast,its comfortable and it can turn well. Its a great all round sports sedan. And i love it.

I have dealt here with far worse than vampires...

He's a good Christian boy, he need not fear anything! Especially a keyboard vampire! ...

Same could be said about the transition from the Carrera RS ...

Cross your heart and hope to die? That's not gonna work, ...

There are none. We all know it has been photographed on ...

He is citing well known scientific conscensus that does not need ...