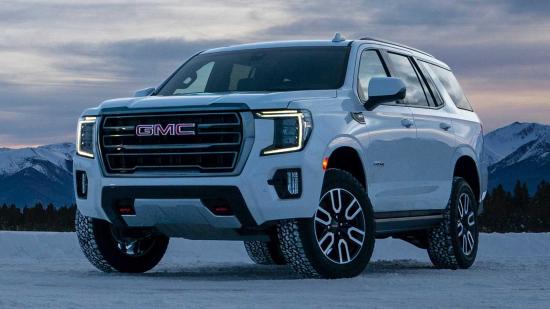 I understand how they distinguish a Tahoe from an Escalade, one is competing in a whole another segment. The Tahoe is your typical full-size soccer mom truck, but the Escalade is a rival for the X7/GLS/RR. HOWEVER, what the hell is the Yukon doing here??

Assuming Ford and Jeep have competitors (Dodge doesn't), the Expedition and Wagoneer should compete with the Tahoe. The Escalade's equivalents are the Navigator and Grand Wagoneer. How come no direct competition for Yukon?

An "Expedition Raptor" would be interesting to compete with this AT4, though.

I said the Sequoia is the last true SUV, but this one is fine.

I don't really follow F1 much anymore. But is that typical ...

VW cheating on emissions has nothing to do with Lambo's reliability, same goes with ...

Yeah sure they did. It's not like Volkswagen HAVEN'T got the money is it? ...

Yes that's what I said - Lambo fixed the issues. unlike mclaren I'm not ...