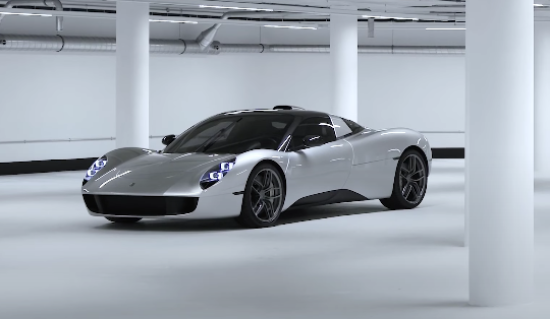 Quote>"The car sold out within a week of being revealed, though that isn't much of a surprise, even with its starting price of 1.37 million British pounds (approximately $1.85 million)."

100 hundred examples sold out within 7 days with apparently deposits paid on a car with no production into very late 2023 for delivery in 2024? That's seriously impressive.

The thing is there's an even crazier number but I'll get to that another time. The purpose of this comment is to highlight that the electric production hypercars are seemingy struggling by comparison even though build slots have been available for years? I'll try to get specifics.

But on the other hand they'll be far more exclusive and their rarity will push up their prices too. Once the first few get delivered I'm sure they'll sell out. They MAY have already done so. I'm not sure.

Something to look at.

Why does it look every bit like the C5/C6 Corvette to me? To be specific, the Callaway version?

75% of torque at 2500rpm plus 90% of torque at 4500~10500rpm? Mind absolutely blown! Incredibly impressive engineering for a naturally aspirated engine!

Gordon Murray explains the TRUE cost of Federalisation of the T33 to meet and or exceed safety and crash testing and emissions standards in the United States of America. The T33 will be a truly Global standards car.

It's TWENTY EIGHT million dollars! I spotted it immediately a month, but kept quiet some and I was somewhat surprised. But let it be for awhile. I was already studying the rules and regulations anyway.

So just speaking in general if your making a very limited run production of high performance hypercars it's redundancy to do so, that is meeting full regulations? It makes ZERO business sense. And that's exactly what automotive is. A business.

I've shared one piece of research regarding these matters reference Scuderia Cameron Glickenhaus (SCG) and specifically how they've complied since 2017. The amount of disinformation out there is shocking, that's why if I've an interest in a particular subject it's best to rely of primary Source materials.

It's still ongoing for other hypercars and I've made serious progress on one, even if it wasn't quite what I was expecting, but I've been very urgently called back to Bugatti research. If I stated specifically why, and I won't, you'd never believe me in a million years!😂🤦

So I like this car quite alot, alot more than I did the other Gordon Murray Automotive model, the T50. It's primarily asethetically speaking, but that's individual anyway and utterly subjective.

Now, in terms of engineering, it has very few peers indeed but I'll wait for final build specifications independent reviews.

So Mclaren already have the 765LT, the above T33 is coming, but the complete DARK horse is the Aston Martin Vanquish which nobody talks about anymore.

Obviously Lotus have the Emira so, if you want a thoroughbred mid engined supercar/hypercar the English have you covered!

Apparently the world has gone crazy.

Carfection with Henry Catchpole (if you ever get a chance, watch the two part series on the Bugatti Chiron, impeccable, period!) and Harry Metcalf both English institutions. Harry particularly, decades of experience with EVO Magazine. They know the business inside out.

Another ugly ass car from a scumbag whose only achievement so far has been taking credit for others works. And before you smash the dislike button like true fanboys, I reccomend you to watch this video first.

There are some features on this car (Particularly the front end) that remind me of the Lamborghini Miura.

that rear reminds me of the Spyker C8 Preliator rear

not really worth the money honestly, but then again I´m not one of there customers

targeted weight is <1100 kg, not performance oriented is more focused on driving / comfort
Very advanced auto gearbox that apparently is "clutch less"? The auto isn't selling to well though 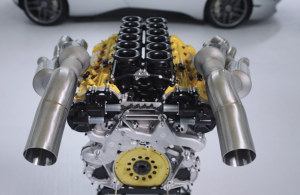