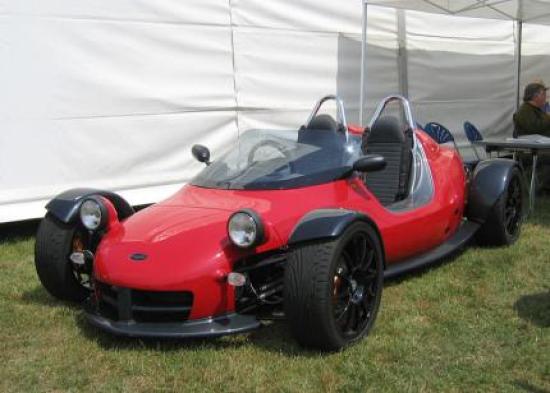 Everyone is entitled to their own opinion (:

Sure looks quicker to me. Whatever you have to tell yourself. :P

Nope, the C6 with the Z07 package (aka carbon if you want the appearance stuff) is definitely quicker than the Scuderia. fastestlaps.com/comparisons/v4ojt6k5u58n

They can't be compared. The Ring time is GM v Sport Auto and the VIR time for the Scud is suspiciously slow (worse than LP670, way worse than Viper ACR, and just barely better than GT-R). It was also tested on a different day. Head to head, the Scud has taken down the ZR1. I don't really trust that VIR time for that car.

And manufacturer laptime vs sportauto laptime in the Nurburgring, I'm sure a manufacturer run of the Scuderia could bring a low 7:20s in the shortlap too, but it won't ever happen,

My reasoning comes from the fact that Walter Rohrl drove the 997 GT2 in 7:32.18 in the full track for an Autobild test; not even a factory run and that the Scuderia is as fast as the GT2 or faster if the track has highspeed turns, a low 7:20s for a factory run in the shortlap is not that big of a stretch.

Nope, the C6 with the Z07 package (aka carbon if you want the appearance stuff) is definitely quicker than the Scuderia.

I doubt its as quick as the 458, not even as a 430 Scuderia, that one can hang out with the ZR1, the Z06 with Z07 package is around a second slower than it.. but of course with the new Pilot Sport cups it surely is as fast, being on equal footing.

Because the driver was in a different league than the one who drove the 458, the fact that he made a Mustang GT500 go faster than what others did with the Z06 with Z07 package and ZR1 tell a lot about that haha

Well, you've got a point about the Mosler... it really is more like a super trackcar.

The Mosler was designed to be quick at any expense, that included luxury. It's not easy to get a car of its size below 2000lbs. The exterior design is all purpose and I can assure you, if you ever get to see one in person, they are very stunning and aggressive looking.

The problem of Mosler seems to be that they only build racecars not so much streetcars, they were rejected from FIA GT3 for not being able to built enought cars for homologation and by being kitcar like is more about the overall design and appeal of the car.. is no super at all in those regards.

And my comment about the Corvette is about the ZR1, the Z06 is completely fine but against the 997.2 Turbo, having a 12hp and almost 350lbs advantage, it had to be faster...
PS: Is not quicker than a 458, you know how those times came to be as they are now.

Mosler is a production car. They have competed in several events, only in the US as I believe that is the only place it's sold. It is very competitive in endurance amateur racing and it is anything BUT a kit car.

I don't see how it couldn't be reliable, with a GM LS engine, virtually no ergonomics (some have more including AC and radio) and a nearly bullet proof sequential transmission.

And how does the Corvette need gobs of power to be competitive? The VERY dated Z06, going back to 2005, is just as quick as the latest GT-R which has more power now. With the Z07 package, it's quicker than the 458 at willow springs and the LP670 superveloce at VIR. It's also barely quicker than the facelifted 997 turbo which only has 5 less hp. So no, it doesn't need gobs of power to be competitive.

The Mosler MT900S Photon weighs 1900 lbs, more than this and the Elise, but it will absolutely rape both.

Saleen is dead.
Viper is in an hiatus.
Corvette needs gobs of power to be competitive at top level(amazing car though)
Mosler... do they sell cars? they never bring production spec cars to tests, I doubt their quality has passed that of a kitcar yet.

@David
What about the Ariel atom, the Caterhams? .. but yeah, there's no american company that makes cars of this type.

Those cars don't come anywhere near the weight of this car though. Closest thing is a lotus elise. (Also british)

I don't understand ur point. This car it's really ugly. German cars are heavier, if ur talking about weight. USA has the Vette, Viper, Mosler, Saleen,etc.Cars that can really put in trouble to Ferrari, Porsche, etc.

I wish America had cars like this. All our cars are for fat people and their fat families. And they weigh as much as a bus

and how is this stupid looking? it looks sooooooo fun to drive!

Probably because the UK has so many speed cameras that people get their speed kicks on track more and more..... so there are lots of little car companies creating new track day toys for the well off.

Another one of these stupid looking dune buggies and its fuuny how they all come from UK???

And stop claiming that you're from UK. looking at your comments, there is no ...

Pretty sure the Plaid has a completely revised battery and cooling ...

I don't really follow F1 much anymore. But is that typical ...