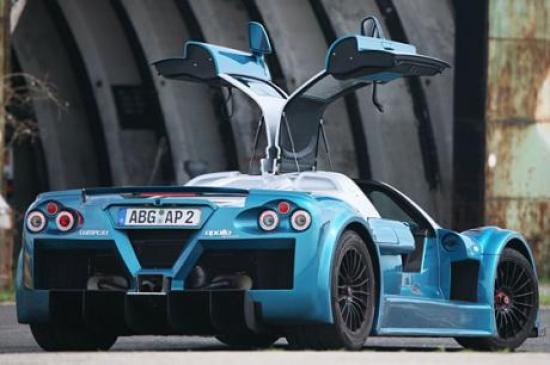 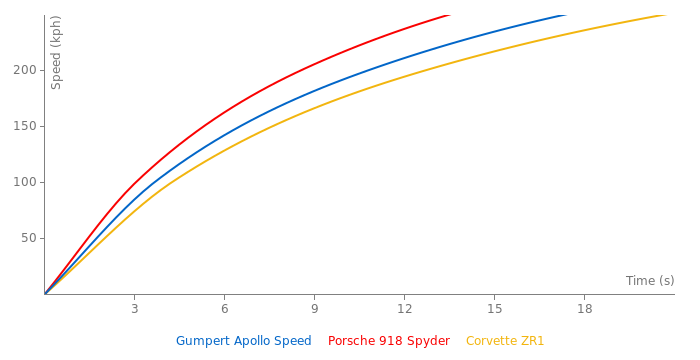 Ascari A10 vs Gumpert Apollo Speed

that was 2 men in a casual drive meaningless.

can someone estimate laptime from this video
youtube.com/watch?v=gokjh0WmRwY

It's actually a little slower than claimed. :( auto-motor-und-sport.de/news/beschleunigungs-und-bremsduell-0-300-gumpert-apollo-1430805.html

why does it call SPEED?
the accelerate is the same like from other gumperts.
the topspeed is the same too.
so whats the special?

@Georg- How did I know that, that was the only comment you could reply to? Just teasing you Georg :) Got your attention didn't I?

I know my name pretty well you fool...
I am not english and my name is Georg, that name comes from the greek name Geôrgios/Jeórjios (wich was a combination of the words earth and work) ... it was transformed from greek in many languages in the german language it ended as Georg in english as George in frensh as Georges in italia as Giorgio in russia as Georgi etc.

My goodness what are you talking about? This page is about cars, not linguistics.

Just to let you know: there are different suffixes for the same words or names (as in this case) in different languages. In English you have George. In German it's Georg. In Latvian it's Georgs.

ummm... if i trust anyone to know how to spell the name georg, it would be himself.

@ Georg, You said, "Koenigsegg is a good example that numbers means nothing at a race track.. the Koenigsegg CCR and CCX play in the same weight range of the Apollo plus 100hp extra power... but both are 22s slower than the Apollo speed."

Now, Yes the Koenigsegg has an extra 100hp but does it look like it was made to go around a track? Its supposed to be comfort, style and speed. You should consider what each car is made to do before you judge them. The gumpert as made to go around tracks. And it weighs about 200kg less! Consider that before you say "same weight range". I sir, would pick a Koenigsegg over a Gumpert any day. And thats because some times i don't care about lap times all the time. Its not always about lap times. Even though i don't like the Gumpert very much, you don't see me bad mouthing it do you?

okay, according to license plate and front spoiler it's definitely the speed model, we can see in the pics here. but for the nordschleife lap it was obviously prepared to produce more downforce, for example by adding the huge rear spoiler. and now the question: what's the differnce between the speed and the sport model? actually it is only the setup, wether it shall produce track-suitable downforce or less downforce for high-speed-runs. so the shown speed model, which is fitted with track-downforce-setting, is actually a sport model. and that's why i'm (and also sportauto) saying, that the the 7.11 belong to the sport model.

Yeah it was a speed but have a look at the pic of it from the sport auto article. It has a huge rear wing on it there that is not part of the speed spec.

The car was a speed but it was in sport spec by the looks of it.

seriously, guys, this car didn't lap the nordschleife in 7.11. actually it hasn't lapped it yet at all. the 7.11 was set by the apollo sportdriven by florian gruber gaining the sport auto trophy title. and if you don't believe me, read this article: http://www.sportauto-online.de/news/nordschleife-rundenzeitenrekord-gumpert-apollo-sport-florian-gruber-1382398.html
even though you may not speak german, but if you look carefully, you can see, that they're always talking about an appolo sport and that the name apollo speed isn't mentioned once! and watch the pics, does this rear spoiler look like the little one on the apollo speed?not at all! okay, do what you want, but this laptime is wrong for this car.

Whats the US price of this in Dollars?

it wasn't the apollo speed that achieved the 7.11 on the ring. it was an apollo sport. on the pics it may looks like the speed version bcause of the color and the front spoilers. but it has the big wing and according to the sport-auto report it was the apollo sport (which was lately tested by sport-auto test driver horst von saurma in 7.24. the difference to the 7.11 is obvious because von saurma had just a limited number of laps (2 laps!) to test the car). apollo speed is just a little modification to the apollo sport to achieve a better topspeed, but has less downforce. so please delete the lap time on this car and add it on the apollo sport, cause the ring record was surely not set with the topspeed (and lower downforce) model.

Time according to SportAuto: http://www.cargraphic.de/stepone/data/downloads/b3/11/00/SportAuto_1009.pdf .

don´t think so, I bet they have spend enough time in a windtunnel to get the best aerodynamic blance for the car... A wing on the back woul most likely ruin the balance...this car has a giant difusor creating costless downforce at the rear axle

will a wing on the back back make it fast

I think that is awesome !

everybody thinks its ugly. i dont't.

You all act like this wouldnt beat the Record at the Ring, is it realy that surprising that it beat the ACR? no its not, is got 100bhp more, 1100lbs lighter, is it really not that hard to believe, so stop being amazed.

7min 11sec around nordschleife.
thats faster than a murcilago, koenigsegg or even a zonda.

is the gumpert good at circuit 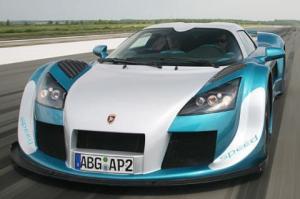 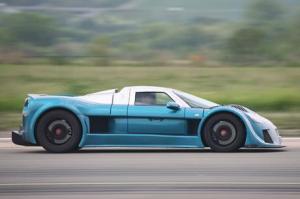 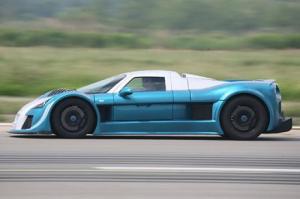 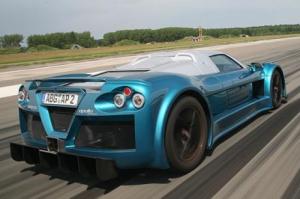 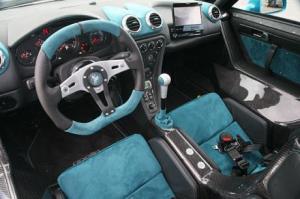 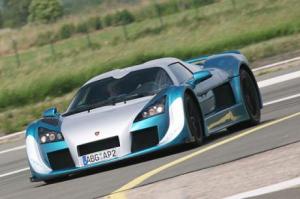 @ADMINISTRATION can you expand performance tab as estimated > If I bring SIMTESTv4.4 results? ...