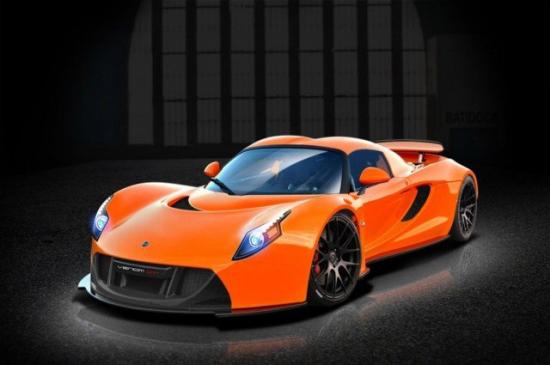 So when is the GT2 RS version gonna come out?

So it's not fake afterall, just an unreleased prototype. Yeah, delete.

this does not exist

Why is his ca still here

Well, this page's been stuck here for 3 years AND it was added by a moderator, so I guess it exists! ;)

Sooo, will it now be deleted?

Tbh \\ this is fake a'f. Hennessey is buildinh the FR5 anyway so this will probably never come.

lol, what? Of course it means it is not real

So why is this car still here? It doesn't exist

Technically, the Venom GT (like all Hennessey cars) should NOT be allowed on this site.

Many people (including me) were lead to believe that with the Venom GT, Hennessey had achieved OEM status. We were told that the first Venom GT (sold to someone in the UAE) was their first production car. We believed him (mistake).

As it turns out, the Venom GT is registered as a Lotus and has a Lotus VIN.

According to Hennessey, they are in the process of becoming an OEM. If they achieve legal OEM status, the mechanically identical Venom GT will be a production car (and allowed to stay).

All of the prior Hennessey cars (tuned Vipers, CTS-Vs, etc.) aren't allowed.

I really wonder why no other Hennessey cars, except the Venom, are added yet.

Question:
Are they allowed/not allowed?

Hypercars are all about the ultimate performance in street-legal production cars, and Hennessey, Koenigsegg, SSC and Bugatti are exactly from this league. Don't see any reason why Venom should not be called a hypercar.

@E
You seems to be interested and knowledgeable in technical details. Think about who is building Venom - it's a tuner company with notable achievements in big hp numbers and some doubtful (some people say that Hennessey under-delivers what it advertises) performance achievement on the dragstrip and Texas Mile competitions. How those engineers could do something more hypercarish than VW guys, backed up by deep pockets and best test facilities to test/develop hyperspeed cars. No matter how good Hennessey team is (Mr. Hennessey himself is a famous douche) they are limited to test their car on Texas mile or similar, that's it.

If you head recent drama story about Agera R to be "hunk of shit", then you would see that even Koeniggsegg team should be questioned in the same way. Do they really have resources to produce a hyperspeed car?

Venom has only ridiculous engine and that is all

It's a lot more than an engine, which is what makes it a good car.

Oh absolutely, on this we agree.

Venom has only ridiculous engine and that is all (so absurd that none needs smth like that).

Ofc they are ppl that like it and ok, no problem.

It is not a hypercar, its a dragster.

I'd say you have it backwards. The Venom is more "hyper" than any Veyron. The latter is so diluted by the VW's need to make it a limo on the inside. The Venom is nice and focused on performance driving, like the Koenig. It would be my first pick out of the two.

I m not sure if Buggati and Koenigsegg would take part in so ridiculous contest.

First Veyron - it was a realy nice and outstanding thing...

But after that it realy became an one big absurd.

It is now one small step from aeroplane's engines...Ordinary dragster...

Ofc it is nice for some ppl and ok but we cant compare astonishing hypercars like Veyron and Koenigsegg to dragsters like Venom.

It is not a hypercar, its a dragster.

the "official" stuff is coming, then no one can complain of technicalities.

I agree. Nobody has called the Venom's run "a joke" it just isn't official (neither is 9ff's run).

Just because the run wasn't be Guinness doesn't by default mean the run was a joke. Also, the same box they used for the run is acceptable to Guinness and Hennessy had the V-Box people on hand to witness it.If you wanna piss and moan it's not official because Guinness wasn't there, that's fine. What you can't deny is the Venom GT will obviously smoke the Veyron and do it much much quicker. It doesn't matter if they lighten up the Veyron and give it 1600 hp as the Venom will still have the advantage. The Veyron weighs as much as a 4x4 truck! Bugatti will need to dump the all-wheel drive and figure out a way to lose 400 lbs in fluids, just for starters. It's time for them to build a whole new car model if they wanna play.

Venon GT was beaten by 9ff, not RUF

1500HP!? 0_0 WoW...
Between this and the SSC Tuatara, the Veyron has no chance... Unless it drops a substantial amount of weight.