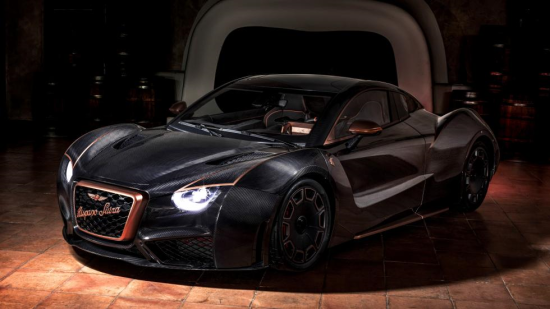 Last year, the Geneva Auto Show saw a dispute between two firms claiming the rights to the name Hispano Suiza. The company behind the retro-styled Carmen, however, was the one who had descendants of Hispano Suiza's founder within their ranks.

This year, the Spanish firm returns with a high performance version of the Carmen, called the Carmen Boulogne. An exposed full carbon fiber body shrouds a carbon fiber monocoque. Two electric motors drive the rear wheels of the Boulogne, producing a more than adequate 1,098bhp. Hispano suiza claims a 0-60mph sprint well under 3 seconds, and a vmax of 180mph.