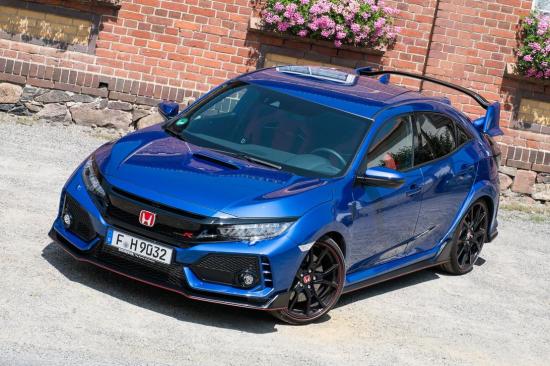 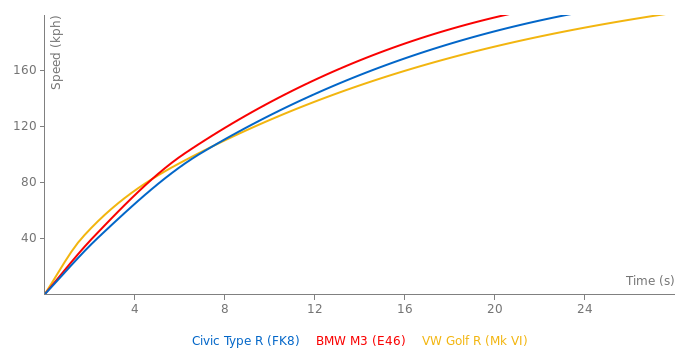 Why wasn't the 7:43 Nordschleife time added?

I know it’s old thread now. I have owned the golf r dsg tuned. Focus rs tuned on e85 and type r and the Honda Is the best car to drive out of all of them hands down. Yes it’s slightly slower in a straight line but I like to take It on a twisty mountain road and I decimates everything. It’s nicer to drive and more comfortable than the golf. Focus was a horrendous place to be.

I wouldn’t doubt this car is fun to drive. Just can’t be seen in one.

People in this post are retarded. Comparing 0-100km times with AWD cars.

THE CIVIC IS A FWD PLATFORM. COMPARE IT TO OTHER FWD PLATFORMS. If you actually wanna see which company did it better. As a consumer you can argue about what you should choose between a FWD hatchback and a RWD Sports car. But they ARE NOT the same thing.

So, Given the fact that the Civic Type R is a version of the FWD Platform Civic, that you can also take on a track, it is THE BEST example of such a car. PERIOD.

And I am ONLY considering its performance on track. If you count in other factors like reliability, services, interior space, comfort, seating position, aftermarket support, price, and cost of maintainance etc, the Civic DEATROYS ALL COMPETITION.

hondas are for people with white hair and over 70

Auto express ran 45.8 with the fk8 at llandow, please add, this is a very fast time!

Odd thread. Lots of VR4 talk.
I own a 2007 350Z HR with FBO. My carc is by no means super fast
I have beaten a couple of stock Type Rs, I agree that they're overrated. From a dig I pulled hard on both of them.

As far as the VR4, I've lost to 2 bone stock VR4s, a 1996 and 1999. They're faster than people think and pretty untouchable from a dig. They're a bit faster than a stock Focus RS and a bit slower than the Golf R DSG.

LoL this is a funny thread.

I have a golf r and i am running worn out PS4 michelins. just worn away, but.

This car is a fun little go cart around the back roads. i love my golf r. for the fun and happyness is brings to me.

and that honda is hideous

This honda thai bar car is the most silly car i have ever ever had the misfortune of looking at.

Read this months EVO magazine track car article. The Civic is voted best all round real world car and second overall to the 911 GT3. Really impressive comments from the judges on this car which on a dry/wet/dry track is apparently amazing. Any naysayers and critics put off by the looks and apparent straightline speed compared with the opposition may have their opinions of the car changed after reading this test.

I also noticed this debate about the 3000GT Twin Turbo vs the Type R.

Well, it just so happens that I actually owned a 1996 6 speed Mitsu GTO Twin Turbo, factory spec (I never modify my cars). It was about as fast as my current RS6, and actually a bit quicker downlow - I'd recon the RS6 would be about half a car to a car ahead at 250kph.

It appears no one watched the links the poster provided.

Are the GTOs/VR4s clunky, piggish cars? Yes, in many aspects they are awful, outdated cars - but their straight line merit is highly impressive. They do 60mph well under 5 seconds with a monkey at the wheel.
Published figures from US AND UK magazines show faster times for the VR4/GTO TT than the new 2017/2018 Type R, and by quite a bit at that. If averaged out, the GTO TT/VR4 does 60mph in 4.7s and the quarter mile in 13.2@103mph. My personal best run was 13.08@168.6kph...so about .5s faster ET than the FASTEST recorded time for the Type R with barely any difference in trap speed. Even if the Type R trapped 172kph, for instance, it's not winning due to the absolutely massive ET difference.

Again, my GTO TT was factory spec down to the wheels. I had it dynod - It makes FAR more horsepower than stated by Mitsubishi, and anyone involved in the Mitsubishi community knows that, these cars make more like 340-355 crank horsepower. Mitsu was going after the Skyline GT-R, of course they underrated the car!

My mate had an R33 Skyline GT-R, we were neck and neck from a dead stop to over 240kph. From a rolling start, at any speed, my GTO TT would have half a car on him.

There is NO way in HELL a factory spec Civic Type R could win a race from a standing start to top speed against ANY GTO Twin Turbo / 3000GT VR4. Are people that stupid?! Anyone who disagrees has never been in or driven a well maintained GTO TT or VR4 - these cars are good for high 12s in the quarter mile off the show room floor, especially the J spec MR model.

Yes, the GTO TT / VR4 is a heavy, complicated car, and it handles like shite. I sold mine because it was no fun on B roads, and only fun in a straight line. Ironically, I sold it for the FK2 Type R I mentioned owning, and I had to get over how much slower the Type R was compared to the GTO TT. The difference is massive.

The man provided legitimate links. People should watch the links. The GTO TT and VR4 are supercars acceleration wise compared to the 4-cyl Type R. No chance for the Type R.

Lol when was the Type R about straight line sprints? It's a FF.

Honda Civic is a FWD Car. There was never the intention to win straight line races.

If that was the case, It wouldnt be the fastest accelerating...

Ignore last post, I've answered my own question via Google. The 3000GT/VR4 320HP model we never got here in the UK. I think.

The UK got the worst GTO. It was 280bhp, probably de-tuned. Weirdly, I looked it up, and other European countries got a faster GTO/VR4 - they got one with 13G turbos as opposed to the 9b turbos in the US / J-spec/UK cars.

Cry bitch, this is the kind of girls you simp to that'll never get ...