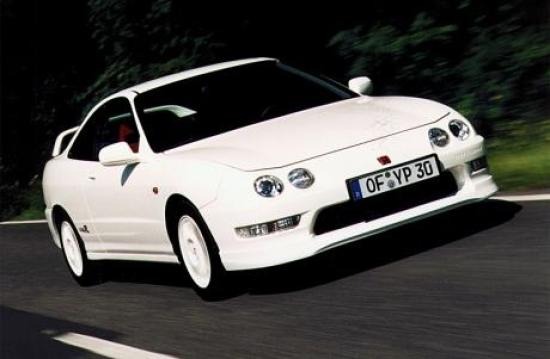 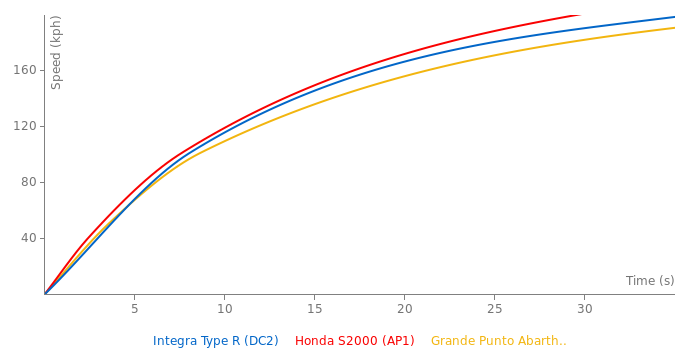 Love my Teg. Glad i bought one before prices went crazy :)

Well my gt86 has similar perfo. Worst in the 0-200 kph.
https://fastestlaps.com/models/toyota-gt86

lol these guys crack me up

You're trying to prove the Integra Type R doesn't compete with modern hot hatches by comparing it to the likes of the Audi RS3, Scirocco R and Focus RS?!?!?!

You're talking about AU $60k+ cars here (at least here in Oz) compared to the Integra which was AU $40k brand new, and is almost 20 years old. If the Type R could compete with those it would be an utter embarrassment.

How about you compare the Type R to a similarly priced modern car on a track - say a Focus ST, or a WRX. I would bet a 1999 Integra Type R would easily match those cars on a track, and probably beat them.

Now I am by no means a Honda fanboy - if anything I'm an Audi fanboy (I'd die for an Audi RS3 lol) but I still have absolute respect for Honda and what they were able to achieve in the 90's and early 2000's.

There is probably no other company on the planet that was able to achieve the level of performance Honda did with their Type-R models while still maintaining affordable price tags, top shelf reliability, great fuel economy, exceptional build quality, and affordable maintenance costs. It's an incredible feat, and something that speaks volumes of Honda's amazing engineering expertise.

Sadly today Honda has dropped off big time (like many manufacturers) but you have to respect what they achieved in the past.

Anybody who criticises Honda Type R models as "rice cars" or "slow" (or for any reason, for that matter) can only do so for reasons of

These blokes who decry the IntegraR's performance against modern hot hatches need to get in the real world. I have an RS Clio Cup car and it gets its ass kicked by several well driven Honda Integra Type R's at many circuits around the UK and one in particular a blue Honda Type R DC5 driven by a Chris Greville is so bloody quick it took 9 seconds off a lap off our Clio Cup cars at Goodwood and 4 seconds off the fastest Integra DC2. So at the end of the year I am getting an Integra. As for modern hot hatches with turbos, they have to go into the forced induction class of 2litre + 40% and they still cant stay with a well prepared Integra Type R, unless of course its a powerfully modified Suburu or Evo.

@MikeB: not so known with Audi models :)

@Apathy: what is slow is very subjective ;) To me a K20 EK Civic would feel very fast. But the fact that a little 4 cilinder N/A hatchback roughly keeps up with a 321bhp M3 Evo (faster acc on lower speed, slightly slower on very high speeds) is something I find very respectable. Not something you would expect from a lightly modded 2.0 N/A 4 cilinder in a hatchback.

Of course it remains to be seen which is faster in the corners...

wow, I can't believe you don't know about the RS3

Weird then it's passing the 321bhp M3 Evo to about 130mp/hand even then the M3 has to push it to pass the Civic :P

And what do you mean by RS3? I know the Audi S3 but AFAIK there is no RS3.

And a R26R will probably be faster through corners...it damn better be faster with half a cage :D

30 to 40hp isn't going to make a huge difference. It will still be slower than the R26R and the RS3.

Put that in an Integra which is roughly the same weight. I think it will keep up with all modern hot hatches. And for cornering I don't even think you need to mod it to keep up with modern hot hatches. It is way lighter, has a mechanical LSD so it can at least easily put it's power down, especially in corners and then all the other things that make a Type R. Current hot hatches are too much of a compromise between comfort and speed. Even though I do like the R26R :D

Don´t forget that the driver is one of the main factors!
This times give only an idea... even in Topgear track, the Stig is not always the same but as they are profissional drivers the times should be very similar.

What this does not tell you is what the track condition is and what tyres
I know clios that will lap Pembrey in 1.06 and integras Dc2 that will do the same in the dry on slicks

@ Fastestlaps
Honda fanboys become so annoying and funny sometimes,shame about them that cant drive a decent car now.

Can you show me at least 2630 rubbish laptimes to support your silly claim?

Most of the times and figures are complete rubbish on this site.

Some people need to pull their heads out of their butts to be honest.

http://www.japmobiles.com/cars/cars_detail.asp?id=14 look on here for all you critics!!!!

ITR is an amazing car will out handle most cars around twisty corners. but why do people insist on comparing them to modern hatches?? most modern hatches are at least 240bhp and are turbocharged and full of gizmos like traction control, electronic diffs, esp etc yeah the itr is not very fast in a straight line but for ALL ROUND PERFORMANCE AND RELIABILITY it is good.

Anonimity is Great  12y ago

Guys, just keep it simple, and honest. Based on the Tsukuba time (which is \"neutral\" for Honda), we can fairly say that no ITR is faster than the Scirocco R. And, since the Focus RS and Megane 250 is about as fast as the sci R, or faster, then we can safely say that no ITR is faster than today\'s hot hatches. Now if you want to argue with that statement and win, stop arguing, go find a faster ITR lap time and post it here! If you say the ITR will be faster than today\'s hardcore if it is modded with less weight better tyres and more power, prove it! Otherwise it is just an opinion. And I\'d say: no, I think the ITR won\'t be faster than today\'s hardcore even if it has 10HP more, 70kg less, and better tyre. If you want me to change my opinion, you have to prove it.

you lied about sportauto 5s claim which is pure utterly BULLSHIT!! You lied about the test date... every test shows that your ITR gets track destroyed by any modern hot hatchback all around the world...
even in it´s days were cars in it´s class with better track perfromance and straight line speed and break perfromance..

Look at Pembrey track were the ITR was tested by the same guy vs Clio 172 and a Ford Racing Puma both cars with less power outclassed the ITR says a lot about better handling.. I don´t know what you want you try to sell us ...the laptimes and tested numbers here at fasteslaps tell that the ITR was quick as it was new(but not the benchmark by any respect) but today it is outclassed in every way by nearly every hot hatchback from all around the world on tracks all around the world..

today you will find 100 tests of any golfs with some add ons... 12 years before only sport auto has tested those cars... and it has to be something very interesting to get tested by the northloop lap... that i mean is commercial!

hot hatchbacks not so commercial in the late 1990´s?

btw the sportauto tested ITR was equipped with ultralight 15\" magnesium wheels and high grip Bridgstone tires and a 25% locking front dif, so there is nothing that could improved there back in time..
Tha Audi S3 tested back in 1999 was quicker around the northloop and Hockenheim and reached better 0-100km/h time, cold and hot brake perfromance and a higher topspeed, The Leon Cupra R 18m slalom speed was clearly higher than that of the ITR 63.2km/h < 65.9km/h ...

@anonimity is great: your right, at the straights it is like that what you say, but in case of track time the itr made a nürburgring time with 8:43, sport auto said in an article that the nurburgring in the year 2002 or 2003 under construction which made the lap in about 5 seconds faster! so you get an actually time with the same itr a time about 8:38 - isn\'t that right? And i would say, if you put an JDM ITR which has a stiffer anti roll bars und better tyre dimension, 70kg lighter and 10hp more, it would make the same time as the scirocco r which has 65hp more... so i try to say that the itr is still a hardcore fwd like nowaday megane rs with cup edition without comfort articles... nobody knows that because in the 1998 hot hatches where not so commercial like today and nowadays an integra is about 12 years old! they never tested a jdm itr in the nordschleife - i believe that this car would show the new gti\'S that performance is not in the HP!!!

Anonimity is Great  12y ago

You have to show more data than just acceleration. You see, on Tsukuba The Scirocco R is faster than any Integra, not to mention the R26R. No Focus RS time there, but i think it would be similar or faster than the scirocco r.

Even if you compare the acceleration times, 20~21 sec vs 28.5 is no contest. Are you saying losing one passenger will give you 7 secs?

Now if you said \"almost as fast\" I couldn\'t agree more.

@wads please send me your email adress, i will send you the whole files. my email: oezguer_G@gmx.at

xgyr..... do you have any of the PerformanceBox files? if you do and they were from bone stock ITRs feel free to send them to me as I can then verify the times and change the data here. 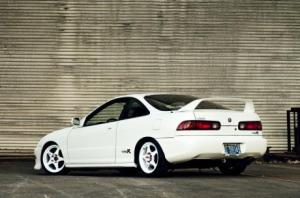