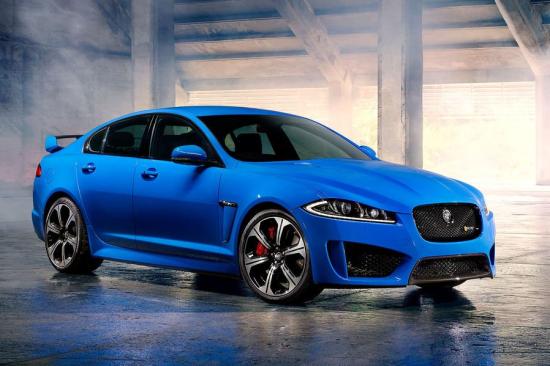 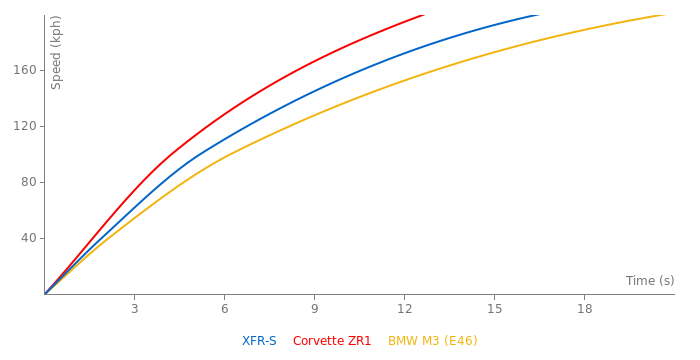 No direct Ford or Lincoln competitor ever had a chance against Cadillac CTS-V or Dodge Charger 392/Hellcat, but this one was based on the Lincoln LS of the early 2000s.

The 5.0 is a derivative of the Ford 4.2 engine, but it's not a Coyote engine. This is, indeed, Ford's answer to those super-sedans. It's actually more of a British Lexus GS F.

Unlike the F10 BMW M5, which was advertised at "10" horsepower more, this car maintained the same power, as opposed to the German car which generally makes 60 hp more than claimed. Forget that, it can barely even keep up with the E60 M5.

Even after Ford sold Jaguar and Land Rover to Tata Motors, they still supply a few engines for them.

@Benzsl mayby you know if any of German's auto magazines will at last test Ferrari F12 (with making full accleration test) ??

@benzsl: do you have data for the M5 CP that was twin tested against this Jag in the same issue (Sportauto 1/2014)?

Amazing car, and that sound, and that Interior! Certainly better then damn near all its rivals, Better then any Benz, or Bmw or Audi for that matter, the V is the only car I think which actually may or may not have a nicer interior. But saying that, Id take an M5 competition over the XFRS no problem, But its not like I wouldn't lament in my choice sometimes.....

Easily my favourite saloon on the market! Nothing can beat a Jaaag!

Does anybody have any info on Top Gear's recent road test against its supposed competitors? I'm still waiting for my issue in the post.

@Mental
You are right. :D XD

@ Mental: I know about the MKII, yeah it's a gangster car, but I like gangster cars, too.

Hehe, Jaguars always were a compromise between the elegance and mad performance. A typical car for mafia. Just remember 1959 Mark 2 :). This XFR-S has still the same bad-boy character, but yeah, with its spoiler and gross, it has less elegance factor, which makes not so mafia. This is really more for a young people who just want to burn tires. The basic XFR is for mafia.

@ FastestLaps: Like all Jaguars, it's available in British Racing Green, French Racing Blue is a new color. As for a gentleman's car, when was the last time you saw a gentleman behind the wheel of a 500+ horsepower sport sedan, they're trying to attract a wider variety of customers, not everyone goes for a gentlemanly car, some want a hard core, in your face, tire-smoking, thrill ride with which they can scare the living crap out of up to 4 passengers, or impress 1 special one. I like Jaguar either way, what some people call a gentleman's car, others call a snobmobile. This new XFR-S is low brow, unstereotypical, and sort of rebellious, I think it's cool.

Seems very boy-racer to me.

And what about that new blue color they are using for all those -S models?

It'll be available in the U.S. next year as a 2014 model.
@ Mental: This car does look pretty wicked, I like the spoiler, and that color, French Racing Blue, it really pops! I estimated the curb weight at 4,371 LBS, power to weight ratio is 7.9 LBS per horsepower.

Never said i didnt like the M5 interior, only that its rivals have a Much better looking interior, M5s is too scrunched up for me, and everythings facing flat, rather then the lazy laid back look i like. M5 has the best Exterior of any saloon, with a HUGE exception to the Quattroporte S Sport GTS MCSL, but thats it, Only in interior looks does it fail for me.

It may be hard to set good laptimes with the XFR-S. But I doubt, if the M5 will exactly tear the Jag to pieces. Remembering the Nordschleife (not that good example, I know) XKR-S has done the Full loop in 7:51, whether M5 on shorter - 7:55 (that's pilot's problems I guess). On any another track the M5 is/will be faster than XKR-S/XFR-S.

Still between All the modern sporty saloons this Jag is very close to the M5 in its performance (like in any another tag). But something tells me this blue wildcat is more appealing than M5 (especially looking at photos Jag's drifting) and I think I'd buy Jaguar.

@hBR2 :D
Why do so much dislike M5's interior? Can't understand, whether I see it pretty comfort and well built.

Not as good looking as i expected, color oesnt do it for me on this either, nor that spoiler, price shouldnt be too bad though.

But, if i had to guess, the M5 will tear this to pieces(Maybe) the XKRS had problems with it being a bit tail happy, and putting its power down due to a good deal of wheelspin, i think with the heigher weight this one might be a bit better, but dunno.

The Interior is MUCH better then an M5s though hands down.

Seems to be one of most ultimate manufacture saloon ever. The top competitor to the M5 and the upcoming RS6.

Heck, look at this gross! This spoiler! Evil Jaggy! :D

Looks it's fun to drive!

But I don't like how its rims look. They are mean! And I'd like to see it black / white / red color painted.

The performance should be almost the same as in XKR-S. I guess 4.6 sec to 100 kph sounds not fast enough, good tested it should take 4.3 s. And damn, they again limited the top speed to 300 kph! When will Jag free their wildcat completely? And I really would like to see it's manual gearbox.

Thank you for your upload!!!
i was waiting for that car!!!
it really looks like a XKR-S, its only higher and heavier.
Do you know the curb weight? 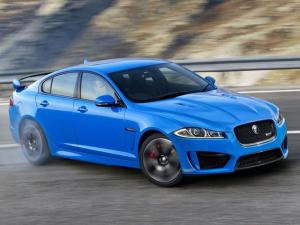 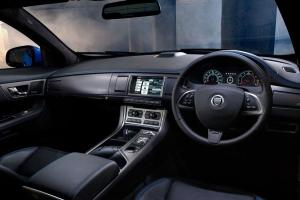 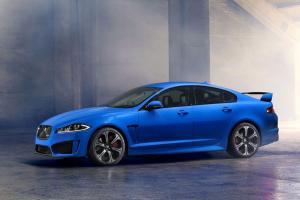 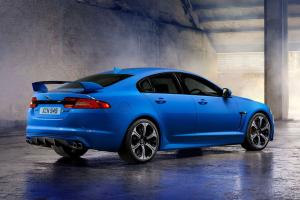 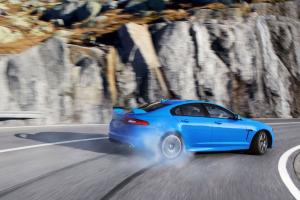 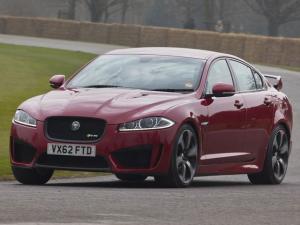 No what are they up to?