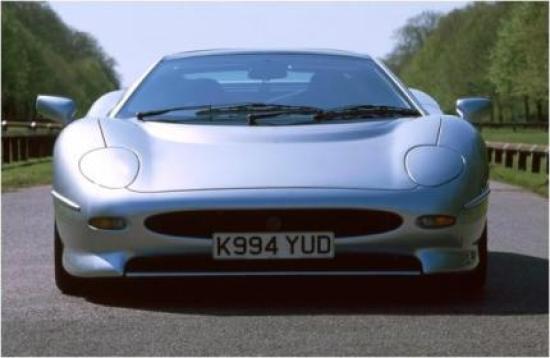 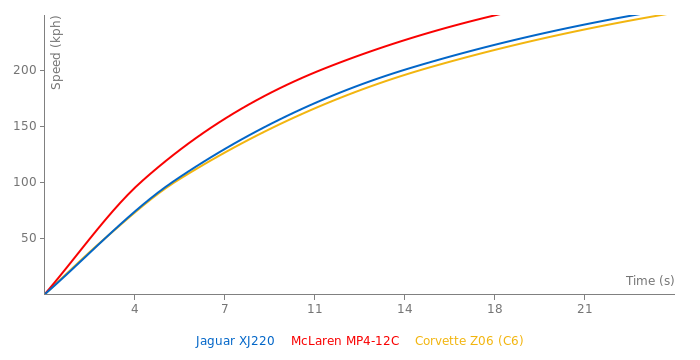 This is because the XJ220 was underrated and not actually making only 550 horsepower. The top-speed record car was stated to make 50 hp more, but the XJ220 actually makes 650-700.

Quote>"The XJ220 scores goals which the Ferrari doesn't even aim at."

Where the XJ should have been up in the first place 😴 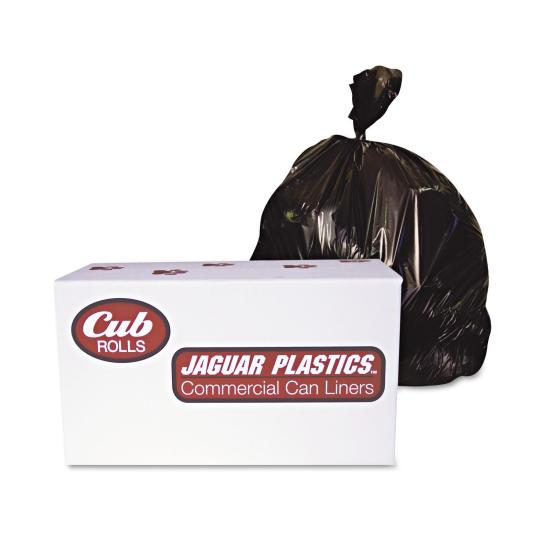 So, to get too the very bottom of all these metrics and numbers I absolutely had to get them from Source. So I did. I acquired a copy of Autocar and Motor from June 1993.

I couldn't find any quailty scans anywhere. So I was left with little or next to no choice.

She's an old lady now but when I first saw those figures I was completely blown away!

Hopefully this is a demonstration on how far I'm willing to go to get the information that's required.

So I found some very rare metrics here. Evo Magazine.

The Lamborghini are within the link. Please always check.

Quote>"It could never keep up with the Ferrari F40 in terms of reputation, but the XJ220 did hold the production car lap record at the 'Ring for an impressive eight years between 1992 and 2000."

What the ACTUAL F? I had absolutely NO idea! I remember the lap but wasn't aware it was an actual productions lap record for EIGHT YEARS! Oo

Quote>"The engine that was developed for the MG Metro 6R4 is fascinating, it essentially started out as the Buick 215 cu. in. V8 first released in 1961 before later becoming the Rover V8 which was then vastly modified into a DOHC V6 for the 6R4, this engine would then (in further modified form) end up powering the Jaguar XJ220 supercar released in 1992."

The engine has it's GENESIS in another engine from the United States of America! The World famous Rover V8 prior.

The 6R4 unit was naturally aspirated. Then later twin turbocharged. I bet you didn't know that! Ha!

Quote>"Unfortunately, by the time the car went into production a number of engineering revisions had been made. The V12 engine was gone, in its place coming a twin-turbo V6 borrowed from the MG Metro 6R4 rally car."

So engine first, Jaguar were downsizing TWENTY SEVEN years ago and more! So I chuckle when I read about it now as if it's something new.

Now most people will know the V12 (unfortunately) was dropped. If I recall it was emmissions related back then and it due to making quoted power reliably.

So the V6 was in. Not many people know that the engine came from the MG Metro 6R4 rally car!

LOL! But it gets a little more complicated...

So the Jaguar journey begins. Where to start? Well, with the XJ220 ofcourse! E type aside probably their most famous car of all time!

I LOVED this car so very long ago. Dark blue paintwork with grey leather interior! ;)

With that kind of top speed the estimated 0-300km/h time should be way better than 40 seconds.

What do you think the true top speed of this car?

During testing at the Nardò Ring in Italy, one XJ220 had its catalytic converters removed and its rev limit increased to 7,900 rpm; these modifications increased the car's power output by 50 bhp (51 PS; 37 kW) and the car was then driven by 1990 Le Mans Winner Martin Brundle to a top speed of 217.1 mph (349 km/h). Owing to the circular nature of the track, some (including the British car magazines Top Gear and Autocar) say a speed of 217 mph (349 km/h) is equivalent to 223 mph (359 km/h) on a straight, level road. However, on other tracks it performed differently; when top speed was tested on a straight level road by Road & Track it only reached 210.5 mph (339 km/h), it was slower than the Bugatti EB 110 at the same event and the Ruf CTR tested there in 1987

The initial high speed runs, with the car configured in standard trim (catalytic converters connected, lower rev-limit of 7,400 rpm) achieved a maximum recorded speed of 212.3 mph (341.7 km/h), the same speed as previously reached at Fort Stockton during testing.[c] Brundle reported that the car was hitting the rev limiter during the run.[5]

The rev limiter was increased to 7,900 rpm and the catalytic converters were removed in favour of installing straight-through exhaust pipes for a second series of runs, and it was this attempt which resulted in the maximum recorded speed of 217.1 mph (349.4 km/h).[d]. It was estimated that the removal of the catalytic converters, which were not mandated in Europe at the time, increased the power output by around 50 bhp (37 kW; 51 PS)

your moms step brother  5y ago

It would be great if the C-X75 reach production.

The exterior of the C-X75 is Fantastic! It surely looks more beautiful and stunning than LaFerrari and P1, IMO. This prototype is just gorgeous with all its details that its predecessors were famous for.

However, I don't like the fact it's another hybrid hypercar.. mlehh... But I really cannot complain on numbers it performs. Because its 4-cylinder engine (yes, yes!, four-cylinder!) that produces.. 502 bhp at 10000 rpm! That's just brainless! And that sound, it sounds like a pro-race-car! Other power power comes from two electric motors to the each axle, so it's AWD. As total, combined 850 hp plus, 1000 Nm... Here you go, a plug-in hybrid, a relative to the Prius that defeats everything.

Of course, I wish to see this C-X75 with a twin-turbo V6, or even a big growling V12, without any hybrids, and be RWD... But I realize, the current prototype is just a technical prodigy.

Aaaah.. just such a shame this Jaguar is nothing more than a prototype... Be it hybrid, or not, I really wish C-X75 hit the production, and be a top competitor to the LaFerrari, P1 and 918... That's would be a glorious fourth of 2013...

I wonder why this car was not more succesfull.
It has a good track performance and a very good straight line speed.
It was till the McLaren F1 the fastest road legal car in the world.
The XJR-9s design was chosen.
...
But 284 instead of 350 units were built.

Technically, weight affects the top speed - the rolling resistance, friction in the bearings increases with the additional weight. But these increased resistance forces are neglectable compare to the aerodynamic force at high speed.

You could fill a car up with 300Lb people in each seat, and the top speed would be the same if there was a 120Lbs person driving.

Weight nor torque effect the top speed, there are many variable that go with top speed, but weight isnt one of them, like ive said, it will effect you GETTING there, but not the actual top, weight doesnt work against a top speed, just how long it will take, Aerodynamics do, if a CTS-V weighed 3200Lbs, and had 700Lb Ft, it would still do its regular top speed.

Weight is very minor when it comes to top speed. The other factors are stopping the car from going any faster. It will take longer to reach the top speed, though

From an article I found...

"The reason is friction, of which there are three main sources: Aerodynamic drag, losses through the transmission, and tire friction. The loss from each of these sources increases geometrically with increased speed. Eventually, you reach a point where all the engine's power is being used to overcome these losses, so none is left over for acceleration."

Throw a couple of extra people in a CTS-V and the top speed would be the same.

@ BR2': "Weight has nothing to do with top speed", I have to disagree, there are many variables that decide top speed: horsepower, torque, gear ratio, axle ratio, weight, and drag coefficient. Weight and drag work against the engine's power.