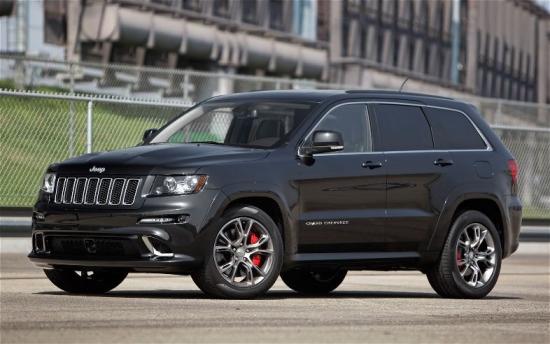 @FastestLaps: Oh, you're right, the previous generation Mercedes Benz ML63 AMG has 513 horsepower, so this is the most powerful SUV in production with a normally aspirated engine.

You are correct. The 392 was limited mainly because of emissions. I still paid a $1000 gas guzzler tax. The Tremic Transmission (stolen from Viper) is good to 700 HP/Q.

I have no doubt that they can be tuned to well over 500 hp without FI. But the fact remains - they aren't from the factory.

And they aren't for a reason. Either the emissions can't be contained within legal range when above 470 hp, or fuel economy becomes too poor, or there are issues with relieability/cooling, the strength of transmission etc.

The reliability probably isn't the case, because these engines are known to be strong. But you never know.

There are, of course, cases when manufacturers limit engine power for arbitrary reasons, for example, to release a more powerful model half a year later which has, essentially, the same engine, just with more power-bound tune.

The 392 motor could certainly be tuned to exceed 500 HP. SRT factory tunes them with a focus on a flat torque curve that comes on early, and is maintained until almost at redline. I've seen a 392 to 426 "stroker" on a Grand Cherokee. That was 570 HP, Naturally Aspirated.

This is actually the world's most powerful SUV with a normally aspirated engine.

X5M and Cayenne Turbo S are dynamically superior, no doubt about that.

please BMW X5M is still faster boy
stats on paper means nothing,and jeeps 0-100 times and that of 400m is way off

I've heard that The official times are on the conservative side.

I read 160 MPH. This is the fastest American SUV.

Claim from Jeep is 160 mph but from automobil-catalog.com is 158 mph

Top speed drag limited is 157 mph. Car and Driver September 2011 issue. I would add it myself, but the "add performance figure" is asking for the top speed in kph, and I am a bit too tired and lazy tonight to calculate what 157 mph is in kph.

No, the SRT8 version will likely be pretty bad offroad.

This doesnt appear to be a good off-roader but I could be wrong. Doesnt look to have the needed ground clearance, same problem with the range rovers I've driven. I do a lot of off roading in rock filled mountains and for me to be able to use a vehicle for off road it needs lots of ground clearance and a short wheelbase.

The problem with a lot of the so called modern off roaders is that they are too long which leaves you high centered and playing a game of teeter totter when you go over a berm lol.

Its almost impossible anymore to find a new 4X4 that uses a mechanical locking diff. I couldnt even find a new model ATV that had one.. so I bought the newest used ATV I could find (2004) with a mechanical diff.

of course cayenne is quieter at full throttle, its a turbo.

Adding some of the new figures.

I find it pretty interesting that it's actually barely quieter than the Cayenne turbo while cruising at 70, but still louder at full throttle. Loud when you want it to be, and quiet when you don't.

The Cayenne also has a much better skidpad rating, but the Jeep has a better slalom speed.

Oh I know, and it's actually more than the V6 Cayenne in the US. The Cayenne is 48 grand and this is going to be around 55 grand according to current sources.

I prefer the 5.7l Grand Cherokee, as it can do it all. Decent handling, good off road performance (supposedly rivaling range rover), better looks (IMO), and costs under 40 grand. It IS a good bit slower though, but you can always change that. :P

Not every Cayenne is a Cayenne Turbo...

I believe this is cheaper than a V6 Cayenne and faster than a V8 Cayenne.

But doesn't mean you don't get value for your money when you buy a Porsche. There is soooooo much more to a car then just acceleration...

I don't know if it's a Cayenne eater.
In stock form, it's only as quick as the old SRT8. They focused on interior, comfort, fuel eco, and functionality (it can actually tow now!). Being based on the MB ML has its advantages.

It's still over half a second slower than the Cayenne Turbo, though it is quicker than the other trims.

There is a catch though. As it uses a modern big American V8, there are already several companies working on tuning and aftermarket options. I give it a couple months before companies come out with turbo and supercharger kits. As it is, certain kits might already be compatible (blowers).

I like it, though the appearance hasn't won me over yet, it still looks better than the Cayenne. I wish the interior was nicer though, the Cayenne's interior is in another class.

Next generation of "Cayanne eater" :D

Wherever there's a muslim, there's a bomb.   Germans are doing a wonderful job, ...

Yes Bugatti's Beer Autobahns and Fish and Chips! Anything else my ...

LOL! Well there's an old Lancastrian saying that was imparted to ...